Verto Education gives first-year students the opportunity to travel, earn college credit, and graduate in four years. RSVP for their virtual fair on Sept. 29 and engage with them in an exclusive AMA session.
Get all the info you need to know to complete the FAFSA during our LIVE webinar Thursday, Sept 24, at 7pm ET. Hear from financial aid experts on deadlines, what documents you will need, and how your info will be used to calculate aid. REGISTER NOW and share your questions.
PARENTS4PARENTS: AfroPuffMom is the mother of two boys, a college junior and a high school junior. She has extensive experience reviewing applications for high-achieving, first-generation students. ASK HER ANYTHING!
Make sure to check out our September Checklist for HS Seniors. Consult these quick resources to get you started on the process this month. 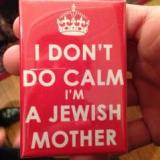 snowball 3160 replies260 threads Senior Member
July 2019 in Parent Cafe
I had an oil painting purchased in the early 70's by a local artist with a juvenile theme. It was hung in my bedroom and then my daughter's when she was born. As my daughter was expecting a girl and lived out of town, I wanted to send the painting for the baby's room. My local framer removed the canvas from the frame it was on, and packed it for shipping. It was in a large tube, about 4.5 feet tall and about 10" in diameter. The painting itself was rolled around a tube and over wrapped in bubble wrap. While the shipping tube was previously used for another piece of art, the ends was capped and taped closed when I picked it up.

I dropped it at my local UPS Store that I have used for years, insured it, and shipped to my daughter's work as I didn't want it sitting at her door until she arrived home. After she received the package and dragged it home, it sat for a couple of days. Once she opened it, she found the tube empty.

We have a claim with UPS and I have been in communication with my local store. As the baby arrived early and my dad passed away, we didn't press UPS for a response. They were having trouble receiving the pictures of the tube, so my daughter didn't get them to them until she was home from the hospital. It sounds like they are not able to find the painting, and by the way the tubing was taped shut, we think someone within UPS opened the package and took the panting. The way it was wrapped, it would be hard for the painting to just fall out. If it did, it was large and bubble wrap, so it should be able to be located.

While I insured the package for $2000, not having any clue what it was worth, I really want the painting, not the money. I have no clue if UPS will actually pay me that amount as it isn't like the painting has been appraised. Actually, when I was looking in my dad's desk for something else, I found a folder labeled art work. Low and behold, there was an invoice for the painting; he paid $400 in 1972! I don't know if this invoice will help me or not.

I have tried to look online to see if the painting might show up on ebay or somewhere else; no luck there. Looking for any suggestions to get UPS to search deeper, or what to do next. If only UPS weighed packages at each stop; we would then know where it went missing.
July 2019
24 replies
0 · Reply · Share
«12»