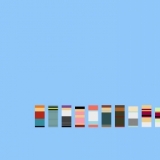 manma11 2 replies1 threads New Member
February 22 in SAT and ACT Tests & Test Preparation
Hey guys, so I have taken the SAT/ACT freshman year (for some gifted program thing), but I haven't taken any so far recently. Is there any way to extrapolate these scores?

Replies to: Projecting my act/sat scores