Jeffrey Epstein arrest and prosecution - is anyone following the case? 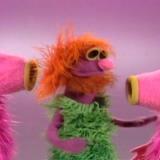 GnocchiB 2078 replies230 threads Senior Member
July 2019 edited July 2019 in Parent Cafe
I have been reading about the sweetheart deal the financier Jeffrey Epstein got from federal prosecutors in FL in 2008, when he pleaded guilty to two state prostitution charges as part of a secret, lenient deal he negotiated with the United States attorney in Miami that allowed him to avoid federal prosecution. The deal also immunized his unnamed co-conspirators (the female fixers he paid to find a stream of young women to abuse). The sexual abuse victims were underage girls and the prison let him out to go to work 6 days a week. A Miami Herald reporter has been on this story for many years and has not given up. In this age of #MeToo, I think there's a lot less willingness to look away from sexual abuse cases/give powerful men a pass than there used to be.

I am glad that he has been re-investigated and was arrested a couple of weeks ago. I feared that he would be let out on bail and flee the country because he is reportedly worth $500 million and has passports under different aliases from Austria and Saudi Arabia.

Replies to: Jeffrey Epstein arrest and prosecution - is anyone following the case?