A Big Thank you to CC as the Journey Comes to an End! 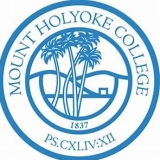 CValle 788 replies69 threads Member
April 2018 in Parents Forum
I want to express my profound thanks to everyone on here who shared their expertise, their experiences, their wisdom, their advice!

I started out as a parent of an "average excellent" student who always had perfect grades. Like most parents - I thought that was the key to all those named schools we hear so much about.

Over time I learned and learned, I researched, I read the Fiske guide, I came on here.

We got the fantastic advice to apply to UPitt early in the rolling admissions cycle. She had an acceptance in hand early, along with a scholarship. She also was on the path to the Chancellor's Scholarship. She was eventually offered the Chancellors but for reasons detailed below, didn't accept it.

As we researched and talked the lure of a women's college began to take hold. She applied to 4 of the seven sisters and was admitted to all 4 of them. Scholarships from 3. No scholarship from Wellesley because they do not have merit aid.

She had a big list compared to most people on CC - she applied to 21 schools. It was a lot of work. But, in the end, the results were worth it. She did have too many reaches. But with a SAT of 1550 and very high grades they actually seemed possible at the time. Lesson learned.

We did our visits after the admissions came out - helped us to target our visits a bit. The women's colleges again stood out with amazing dorms, science facilities, campuses. She just fell in love with the coziness, the traditions, the focus on STEM, the focus on raising up future women leaders.

She has experienced what it feels like to visit a school that LOVES you (the Dean meets you, you are given access to numerous students, they have special tours for you) and to visit a school for whom you are just another number.

She has experienced being wooed by a school for a prestigious scholarship - the UPitt interview experience was really, really great.

She has had disappointment but I am so thankful that she never had a dream school that she was focused on. (I really think that might have been the BEST advice I got on CC - NO dream schools allowed).

In the end, she seriously considered UPitt...but it was just TOO big. She really wanted a small, women's LAC for the next 4 years (and it looks like she will have a chance for a big school for grad/medical school anyways.)

She will be attending Mount Holyoke as a 21st Century Scholar.

THANK you to everyone who shared so willingly with me over this experience.

Replies to: A Big Thank you to CC as the Journey Comes to an End!