Join us for a LIVE webinar Friday, April 3 at 3pm ET to hear from admission officers on how COVID-19 is impacting admissions at schools. REGISTER NOW and let us know what questions you have and want answered.
College of Charleston, Cooper, Davidson, and Reed are rumored to release decisions tomorrow (4/1). Share your outcome!
Tulane is rumored to release decisions today (3/31). Share your outcome!
As schools continue to announce their decisions, we put together the Class of 2024 RD Discussions Directory. Connect with fellow applicants NOW! 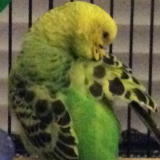 KelseyM 180 replies11 threads Junior Member
June 2019 in Questbridge Programs
Hello,
I am currently interested in applying for the Questbridge scholarship this year and have been doing my best to attempt an in-depth look at each partner to rank them accordingly. I rank them based on the following preferences:
- Conservative presence on campus, preferably not a minority
- Political hostility medium to low (no large protests, screaming, violence, etc.)
- Close to or within a moderate to high urban region
- Specialty in science and research; many research opportunities and connections to renowned resources
- Party life and athletic performance equal in quality or lower than academics; must be strong in academics and can be strong in both, but never the reverse
- Greek life doesn’t ensnare the campus and define it; can be strong, weak, even nonexistent, but not all-encompassing
- Influence post-degree in workforce must be significant

I intend to major in something along the lines of Biochemistry, Cellular & Molecular Biology, or similar majors.
I was looking for assistance on how to rank them, as looking at each college individually is a challenge. Take Amherst for example. When one hears about Amherst in comparison to more renowned schools like UChicago or Vanderbilt (my top two choices currently), they scrunch their faces in confusion and ask you who Amherst is. I've heard of the "small but mighty" influence that LACs have (apparently the smaller the better), particularly in research, but many alumni seem to say that a college like Amherst is not a college for extremely intensive, research heavy science work, which is what I want. Additionally, looking at their course catalog, there aren't many science/biochemistry related courses, especially when you compare it to the humanities. However, on the Wikipedia's list of research universities, Amherst qualifies as a "R1: Doctoral University", which has very high research activity. (Then again, it's listed in conjunction with basic schools such as UTK and TTech, so...) I've been looking at everything I can just to evaluate this one college, including YouTube vlogs from current students, the website and its course catalog, and sometimes its rankings compared to other universities. When I look at all of these things collectively, many different statements collide and I don't know what to believe. There's a lot of you with individual, specialized experience with each partner, so I was looking for some closure here.
Is there any advice on what colleges to even LOOK at based on my preferences listed above? Choices I had initially considered based on what I've generally heard and seen about college attitudes and prides (without any intensive research other than Vanderbilt) are:
-UChicago
-Vanderbilt
-Duke
-Northwestern
-Davidson
-Emory
I'm sure there are other well-suited colleges on there that I've heard of, including Rice, Tufts, and Williams, but I wanted to hear your opinion. What do you think?
Ask any questions as needed and I will answer.
June 2019
297 replies
0 · Reply · Share
«1234567…15»

Replies to: Assistance on Questbridge Rankings