@LaughingGekko2003 given my stats, what do you think would be a good target school? 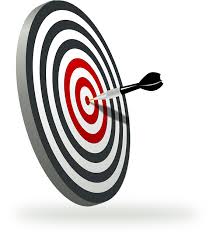 What Exactly Is a Target School? How to Find Yours

Wondering how to find target schools? This guide will walk you how to craft your target college list and determine where you'll be likely to get in.

Ok, you have all beaten me up, USC is no longer a target school

I am adding U Michigan and UIUC to the Target list.

You should have a good shot at Rice. Rice is expanding the size of its incoming class this year so it might not be quite as hard as last year to gain admission. Rice will be very familiar with your high school, and you have an excellent record and test scores. Try to demonstrate interest by visiting and signing up for an interview. Work hard on your application and make sure you articulate “Why Rice.” If you get in Rice, you can major in anything you want including computer science. You should have an auto admit into UT in general, but the computer science major within UT is a very hard admit. Run the net price calculator at Rice. Rice gives out significant need based aid. Good Luck!

What about Berkeley makes it a dream school for you? Class sizes are huge and, for the OOS cost, you will probably find better opportunities at other schools.

UIUC and Michigan are both reaches for CS. UIUC’s CS major in Grainger has a 4% acceptance rate. Michigan’s OOS has an 18% acceptance rate or so, so that is a reach for all unhooked applicants.

Ask you HS GC your chances for UTA CS as direct admit, CS is a tough admit.

Regarding your two safeties…will you be happy to attend each?

I do think you will be competitive every where you apply, are you applying ED (rice) or SCEA (princeton)? Your chances at Rice ED are much better than in the RD round, Princeton probably a bit higher SCEA.

There’s a problem with that methodology. Engineering and CS are usually much more competitive than the averages will lead you to believe.

What about Berkeley makes it a dream school for you?

Personally, I’ve never understood the fascination. It’s a nebulous campus, with giant lectures and a reputation for administrative bureaucracy. If I was in state, sure, I’d put up with that as one of the options. From OOS, no way.

Hard for me to describe my fascination with Berkley, but it has been the case for a very long time. Of course, the quality of academics doesn’t hurt either, not saying the same is not available in numerous other schools.

I am ok with the safeties, probably the best choices in state.

Hard for me to describe my fascination with Berkley

Hard for me to describe my fascination with Berkley [sic]

My suspicion is that it is the name and all you associate with it’s mythology, right or wrong.

Have you set foot on campus? Do you know like Brown, it’s oddly amorphous with no clear cut delineation between campus and town. Do you know Intro to CS is the largest lecture in the whole country with over 1000 students? Over 250 of them have to watch the lecture via live video in overflow classes because Wheeler Hall only holds 750 people.

Cool bumper sticker? Maybe. Is it the undergraduate experience you actually want? Again, maybe, but you should dig a little deeper to understand what you’ll be getting.

If you apply yourself, you will have good opportunities coming out of Cal. However, that can be said of multiple schools.

Cal Poly will cost almost $100k less than UCB, has small classes, and doesn’t use TAs. Their tuition from OOS is almost $100k less than Cal, yet the earnings reported on College Scorecard are the same at 2 years. You can’t waive off that difference based on location or companies where students get jobs, because for the bulk of grads, they are essentially the same, large CA tech companies.

Harvey Mudd, a school that does not have an impressive bumper sticker, because it’s so tiny, has fewer total undergrads than the number that take Intro to CS at UCB. Their CS grads out earn Berkeley grads by $15K at year 2 according to College Scorecard.

Don’t be like so many out here who come to ask for transfer advice because they knew nothing more about their school than its reputation and mythology, only learning after they set foot on campus what a bad fit it was.

Agreed about UIUC and Michigan. Don’t confused their overall acceptance with out-of-state CS (or Engineering) admittance. Their in-state acceptance is significantly higher which makes their acceptance rate appear higher than it is for out of state folks.

Good luck to you!

Unlike other schools like MIT, or Harvard or any other. Students are set on one path and it can be cut throat and difficult. At USC, you have the opportunity to find what you love to do and combine it with any other major. If you want any more info on that @eyemgh , just go checkout Viterbi Voices Computer Science faculty roundtable on Soundcloud or apple podcasts.

@tatkins You’re in Texas, so, the best schools for target for you would most likely be UTD and even Santa Clara University if you want something in Silicon valley. Honestly, your college list looks great, I’d just put USC CS as a hard reach because it’s that way for everyone. they reject thousands of 4.0 GPA, 30+ ACT students every year.

I’m very familiar with Viterbi. My son did an extensive visit before deciding not to apply and he currently works with a Viterbi professor.

That makes sense. Good for him! I’m not trying to be negative or anything like that. Last year, USC Viterbi CS had a 5% admission rate for freshman. Their take on admissions is to have a certain student body in mind that is very diverse and have a stride to be the best that they can be. That’s what I like about USC CS and that’s why I’m applying there for CS Transfer. I graduated highschool two years early at 16 so, I didn’t apply there and just went straight to my local CC in Los Altos.

I don’t have anything negative at all to say about Viterbi. I found it an attractive program. My son didn’t. It probably had more to do with location and overall size of the school that Viterbi per se.

The only thing I was pushing back at is that they have some sort of unicorn uniqueness.

They are unlike any other CS school out there.

Of all the schools our S16 initially considered for CS, he only dropped 2 after and in-person tour. Those two schools were Cal Tech and HMU. Why? I can’t even remember anymore, but they were his decisions. As parents were were pretty open to all the schools he applied except for Cal. We did not mention this to him as he applied, but we did not think that he was a good match to the culture at Cal. In the end he was accepted to Cal but chose a different path.

Of all the schools our S16 initially considered for CS, he only dropped 2 after and in-person tour. Those two schools were Cal Tech and HMU. Why? I can’t even remember anymore, but they were his decisions.

Sometimes those decisions can even seem extremely mundane, and (as you well know) it’s important to accept that they’re the students choice. There are no wrong decisions. My son would not even tour HMC, because it was too small and in his words…“ugly.” His current roommate loved HMC.

In the end, it works out.

If Rice is your first choice, as @Mwfan1921 says, applying ED gives you higher odds of acceptance. If you apply to Rice ED, you can still apply to state schools such as UT, Ga Tech, Michigan and UIUC.