Well Arizona universities. Which ones?

Again I’m not suggesting they go out of their comfort zone. I explicitly said that.

I said they should research a specific school of interest by reaching out and talking to actual kids there instead of here say. I listed U of A because it’s got great merit and astronomy.

No need to gang up. I offered a suggestion, an opinion. If they choose not to research further, that’s up to them.

I have no issue. No reason to attack.

This thread is so long! I think I might’ve mentioned Agnes Scott before? They are super LGBTQ friendly. They are a women’s college, but are really an anything but “assigned male at birth” college. They accept both trans-women and trans-men. Their astronomy program is within Astro-Physics. Agnes Scott College - Department of Physics & Astronomy It is a super diverse school.

No reason to attack.

Just to be clear, I’m not attacking you. I respect your willingness to be helpful to one and all in these forums.

I just wanted the OP to feel it was ok for her to state her opinion here and not have it challenged repeatedly. I thought your zeal to promote the good financial deal at the two AZ flagships might possibly be misconstrued as ignoring a parent’s legitimate concerns about the welfare of her child.

Ok I get it

Not to re-hash more and again it’s up to the OP - but here’s another perspective - similar to what I was getting at. It’s from @RayManta

But again - it’s totally up to what the family is comfortable with.

I think at this point, every single state has intolerant people and that’s why I take the view I do.

No doubt. As a Jew, there are places I would automatically cross off my list, whether rightfully or not. And, if I am to be honest, I was very wary about moving to Florida 15 years ago, but what I discovered was a community of aging hippies and artists, which was much different from what I expected. No doubt much depends on exactly where you go. In Georgia, politics are changing in part because of the growing movie and entertainment industry here. As college students, though, you are somewhat insulated if your campus is a bit of a bubble. But yeah, I probably wouldn’t want to go to a school down south that I thought was more regional, as opposed to one with a more national and international student body and staff like Emory. Yet, using being Jewish as an example, while there are schools in Louisiana I would never consider, Tulane can’t be beat. So I’d counter that it is a school-by-school thing.

I am guessing that the OP knows there are intolerant individuals everywhere. The point is that there are systemic differences in policies and laws in different states and communities and the OP is (wisely, in my opinion) paying attention to that.

We see kids posting (and parents grumbling) that if they’d known that the dorms at ABC college didn’t have air conditioning they’d have never attended, or that if they’d known that the salad bar at XYZ college closed at 8 pm so that the athletes only get pre-made salads after their practice they’d have never attended, so I think we can all be more charitable when someone posts with legitimate concerns about the political environment in different parts of the country. You don’t have to agree with someone else’s “screens” for them to be a legitimate way to cut through the noise of 3,000 plus colleges and universities in this country.

As I interpreted the introduction of Northern Arizona University by @Creaky, it appeared to be intended as a general comment, rather than as a specific school recommendation based on the full range of the OP’s criteria.

I don’t think people pay enough attention to the surrounding demographics of a college - IF that is important to them. Some are very happy living near/on campus and never going out into the community or rest of the state, and that’s fine too.

I went to school in Boulder and I’m sure everyone thinks “oh, that’s such a liberal place” and it mostly is. At the time, however, Colorado was a red state. That meant the state legislature was red, the media was just barely purple, the local politics were pretty conservative. My friend has a prof friend who is black and won’t live in Boulder (even now) because it doesn’t feel right to him - said he couldn’t get a decent black haircut in Boulder.

It was before the days of everything online, so the newspapers I read, the TV and radio I listened to, the people I talked to were more conservative than I expected. When I had an internship at the state capitol (only 45 minutes away), it was with a democrat who had absolutely NO power on any committee or input into the budget. Taught me a lot about fighting for my views, but having a little power might have been more fun.

Even in current times, the colleges and the college towns may be liberal and accepting, but the student should think about how much interaction he wants with state government, with newspapers and media, with businesses in the area for internships and co-ops. Are the state mask laws going to be acceptable? Drug laws? Gun laws?

I don’t think there is a perfect place or that students shouldn’t face a little adversity, but it is a factor to consider.

I agree and good insight.

Will take a look at Carleton astronomy, thanks.

In terms of political orientation, I think the school is as liberal to more liberal than the typical T20 private university

That’s a strong statement, do you have any evidence to support that? Most ivies, which I have actually visited, are very liberal, probably more liberal than WashU, only Dartmouth would be more conservative. And I have a tough time thinking WashU is as liberal as the other privates on the list that I have been to - Stanford, Northwestern, UChicago. I agree that Duke ,Notre Dame, Vanderbilt could be more conservative.

“things continued to advance south and east, metros like Indianapolis, Cincinnati, Louisville, Nashville, fared much worse then we did.”

OP is considering colleges in CT, MA, NY and all those states have significantly higher vax rates than MO. From Mayo Clinic - Missouri’s vax for under 18, 18-64 and above 65 are 36%/53/84. CT on the other hand is at 65/77/97. There are studies suggesting a high correlation between vax rate and political leaning, there could be exceptions of course, but most say that a higher rate occurs in more liberal areas.

I just picked CT because Wesleyan has been discussed, but you’d find similar results for other blue states.

As an aspect your daughter may want to consider, Hamilton offers alternative sides to its campus, with the south side known for its generally more individualistic students, with whom she could choose to live and dine.

Thanks. We may do an update visit to Colgate and Hamilton but based on research both seem on the fratty/jocky/conventional side for d. But who know she may surprise me! One school on the list which would be a safety she claims she would love to attend is UC at Boulder. Anyone have any knowledge or thoughts about the school? One of best Astro departments in the country.

Thanks, agree that staying in the northeast is probably emerging as the best bet - of course as a mom would be great to have her nearby!

My D didn’t like hamilton because she felt there were too many alternative and/or artsy kids there.

Re:Boulder, it’s a great school, one that the students love. It does have a rep as a party school, but of course there are students who study a lot. The surrounding area is expensive, especially housing….most students move off campus after their first year.

UC at Boulder. Anyone have any knowledge or thoughts about the school? One of best Astro departments in the country.

It has a planetarium, it has a big aerospace engineering department. It is a really fun school.

I know people who majored in environmental design, environmental engineering, and other things like that. Good students, enjoyed their majors.

Note that Colgate and Hamilton offer cross-enrollment privileges, which, especially for a relatively narrow field such as astronomy, may be of interest: 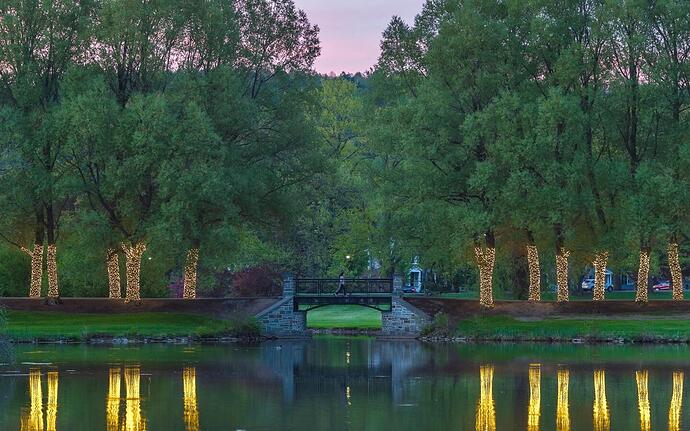 Additionally, if your daughter’s interest in astronomy includes planetary science, she could benefit from these schools’ superb geosciences departments.