How stressful for these students.

This article was posted on a previous thread about the housing issues at various UC’s:

What attracted my D21 to Cal Poly was the two-year housing guarantee now offered.

@sushiritto Housing is also a big factor in my daughter’s college search and it’s so hard to watch how this is playing out for so many kids who already overcame the huge admissions hurdle to now struggle with just finding a place to live. So glad your daughter was able to get into a great school that happens to have great housing too!

Do you have a link for the previous thread where that article was posted? My forum search skills aren’t doing it.

I don’t think there’s any new news here, but here’s one of threads that I can recall recently.

And people on CC are mad/surprised/disappointed colleges aren’t setting up isolation/quarantine locations on campuses. There just aren’t enough rooms available. A lot of popular college towns also have housing restrictions on more than 4 unrelated people living together. That’s the case in Boulder so even if a landlord wanted to let the students double up it is illegal. Some of the sorority and fraternities might be able to take in more of their members if local ordinances are waived (and fire codes still respected).

Yep, housing is huge factor in making a CA public college decision, especially for 3rd and 4th years too. And often 5th years for those that can’t finish their degrees in 4 years.

I’ve mentioned it before, but my older daughter (D18) went OOS. CA public housing also being a factor in that decision as well. Thankfully, I haven’t had to deal with any university housing issues for either kid.

I don’t know if this article has been posted, so I apologize if it’s redundant.

An Alameda County Superior Court judge has ordered UC-Berkeley to freeze campus enrollment at the 2020-21 level in a dispute with neighbors over its plans to expand.

Housing struggles at the UC’s are a big reason my older son went out of state, as will our younger one, despite coming from a family where previous generations all graduated from UC’s. The cities most of the UC’s are located in are extremely expensive not only for off campus housing but other things too like food and gas. Apartments in Berkeley, Los Angeles, Santa Barbara, Santa Cruz and San Diego are some of the most expensive in the country. Many landlords won’t rent to students as they have many other applicants. Gets better at the remotely located UC’s such as Davis and Merced but not sure about Riverside and Irvine since they are close to Los Angeles. I am always surprised at how many OOS students come to California and have not researched the cost of living once they must move off campus!

There are many California students that similarly don’t research the true cost of living and transportation to and from out of state universities. Any city that is desirable to live and work in, anywhere in the country (NY, Chicago, Boston etc.) will have a high cost of living. We would not have been able to afford out of state tuition plus housing for a UC, but as California residents we found the UCs (after the Cal States) to be the best educational deal. My husband, who also is a UC graduate is the one having the hardest time dealing with what it costs now compared to what it cost when he was a student. As far as housing goes, so far so good but I don’t want to jinx it. I hope your kids are having a great out of state experience!

Well, in our case, we did research.

D18 will graduate early, with two minors, saving us a bunch of tuition. And not a single worry about housing, registration, advising, crime, jobs, etc.

The housing stock is mostly newer and upscale, with AC, gyms and your own bedroom and bathroom. Like staying at the Marriott. And cheap compared to CA, as well, as food, utilities, transportation, etc. Not every fine university is located in NYC, Chicago, Boston, DC, etc.

The extra OOS money, for zero hassles was worth it for me. And you get B1G sports, not the dreadful Pac 12. A “critical” element for D18.

Love CalPoly! Would have been very happy had my kid chosen it. The housing market in San Louis Obispo is pretty HOT, however. Any word on Humboldt becoming the third CalPoly? I love it up there but I fear it might be too far from “civilization” for people to consider it? One of my in-laws chose it because his parents would only pay for him to go in state and he had to get as far away from his parents as possible. He’s a marine biologist and Humboldt checked all of his boxes. Good luck to your kid starting soon!

Thanks. Everyone seems to love Cal Poly. Someone just PM’ed me here on CC within the past hour or so and telling me how great the school is.

All I can say from a parents perspective is the food in town is awesome, the setting is gorgeous and the town is cute and fun. Seriously, we’ve been down there checking things out several times and I haven’t had a bad meal yet. And they’re building a bunch of new buildings for classes.

Regarding, Humboldt, I know almost nothing about it other than what you mentioned. It’s being considered for a “Cal Poly” designation and it’s isolated with declining enrollment.

The vast majority of expansion to 50k students – though I would doubt if it would be that high as that was the max according to the chancellor --would undoubtedly be grad students. I wouldn’t think that its undergrad enrollment would expand if at all. Its grad programs presently have 8-9k students, so if there’s 30k undergrads, grad could seemingly expand to ~ 15k or so. That would help California a lot because UCSD’s reputation would help the state in producing top-tier scientists. 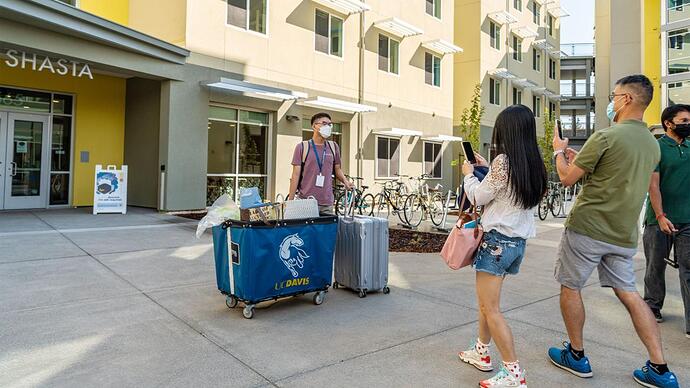 UC Davis opens the Shasta Hall residence for 1,000 students a year ahead of schedule to help continue to guarantee housing to first-year students. 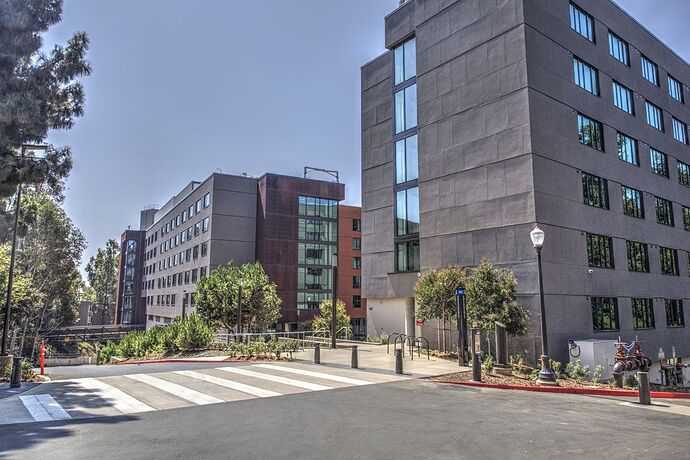 Campus will soon be able to guarantee housing for all freshmen and transfers.

The vast majority of expansion to 50k students – though I would doubt if it would be that high as that was the max according to the chancellor --would undoubtedly be grad students. I wouldn’t think that its undergrad enrollment would expand if at all. Its grad programs presently have 8-9k students, so if there’s 30k undergrads, grad could seemingly expand to ~ 15k or so. That would help California a lot because UCSD’s reputation would help the state in producing top-tier scientists.

Ah that makes sense! I’m surprised they didn’t clarify that in the article. Sounds less crazy than I’d feared.

Such good news, thank you! Now our kids just have to get admitted!

Good luck to your kid(s)! I have a friend who is a guidance counselor and was at a UC conference for counselors recently. Her summary of the situation was that if the student is not top 10% of their class and hoping for a spot in the UCs they should apply to Santa Cruz, Riverside and Merced (not only those but make sure to apply one or more of those based on location, program preference etc.) This was her take based on the most recent admissions data that they presented. Just passing it along for you. All my best again!

Thats interesting. My D21 was in the top 7% of her class and Santa Cruz was the only UC who offered her a spot and that was only during their first round of waitlist offers. (Merced offered a spot because she had ELC status- she did not apply there). Felt like like year was extra brutal, but I’m sure its just brutal every year.

I agree. It was brutal last year and I don’t see it getting any better. I think the counselor’s recommendation also had some advice related to overall acceptance rates but I don’t remember it and don’t want to misquote her. So I think I might have oversimplified.

Did your kid end up at Santa Cruz? It was my favorite campus that we visited.