The Ivy delayed our aid notice and just let us know yesterday. She was able to postpone the deadline for a few of her top choices. And re. Your question above - I’m not sure! It’s big enough to benefit her after college perhaps more than the Ivy education.

That would make it a difficult decision. Were any of her other top choices also Ivies? If so, the one that is assessing her assets less generously might re-evaluate when shown a package from a peer institution, such as another Ivy.

And I take back my previous post about moving the money into her 529, as that would mean she has to liquidate the IRA and if that is considered income then that is assessed even more heavily – at 50% of her income, after a 7k protected amount. Now, income only has a two-year look back, so it might be possible to do that after the two-year look back passes, but that starts to get really complicated. Plus, then she might have too much money in the 529 and there are penatlies and taxes when it is distributed for non-educational purposes.

@busymom13 – if it is an inherited IRA, I believe she will need to take required minimum distributions (rmd) from it. It’s possible that there is a carve out on that based on age or full time student status – maybe someone else her knows that? But if there’s not, she will be forced to take distributions every year and can’t let it sit until after college. So before a decision is made based on this, see if someone can give you good advice on this. Sure, she could withdraw and put in savings, but having solid facts might be helpful given the importance of the decision linked to it.

I was left one of these, which is why I know about the RMD, but I was a bit older… 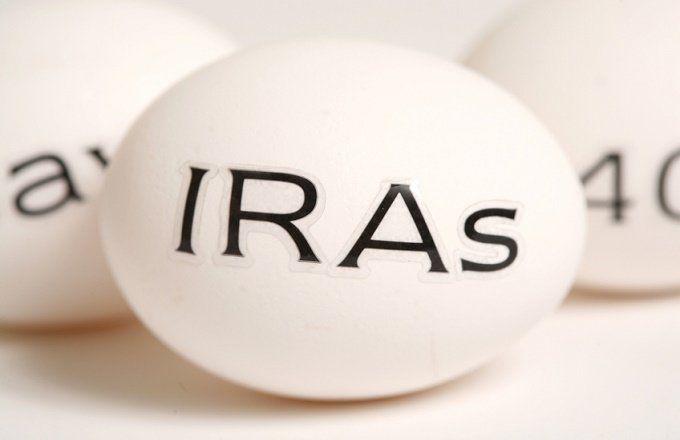 Inheriting an IRA: Tax Rules You Should Know

You can inherit an IRA tax-free but you could be hit with a 50% penalty if you don't follow the rules for required minimum distributions (RMDs).

Edited to add link. Explains this better than i did!

Oh, if that’s the case, then I’m pretty sure that all colleges will consider that to be income and assess it quite heavily – at 50% of the student’s income, after an approximatel 7k student-income set-aside. (But you should find out if that 7k protected amount applies to both unearned income and earned income). This is true even for the FAFSA-only schools.

OP – you should definitely figure this part out, because if she has to take RMD and that counts as income and it’s significantly over the set-aside, then she is likely going to “lose” a lot of that money regardless of where she goes to college. If she doesn’'t have to do RMD until after she graduates (or, really, until after the two-year look-back rule) then it looks like she might be able to preserve it if she chooses one of the other schools.

I was just going to point out what @gardenstategal did. Inherited IRAs HAVE to be liquidated over the next few years (specifics depend on the details of the deceased and the recipient). That money WILL be in income for future calculations because it will be on the 1040.

It’s not the school or the FAFSA…it’s the IRS. Other schools would see it there after the fact (ie the first year). The Ivy in question mentioned by the OP is smart enough to ask about them upfront.

But if she has owned this since 2017, then would’t she fall under the old rules and can take RMDs based on her own life expectancy, which could definitely be helpful in these circumstances.

I have inherited IRA’s from my parents, all before 2018. I take a minimum annual distribution. The “rules” of my IRA are grandfathered before the (maybe 2020) change. My husband is a CFP and had to inform my parents’ CFP of the details when we transferred their assets. I’ll ask him about this situation.

She does take the rmd and does not have to liquidate in 10 years since she received it prior to the changes.

So if the RMD is greater than $7,040, then it will count as income and she will have 50% of that assessed against her. That would be true at all colleges.

If she does end up liquidating 25% of the IRA each year to cover the assessment by the Ivy, then she will lose an additional 50% of the amount over $7040 two years later when that income is assessed for that year’s financial aid purposes. So if you go that route, it’s probably best to find the funds for that part of the assessment from another source, at least until 2024, when she is past the lookback period.

@kelsmom what do you think?

Mine was from way before 2017 and I have had to take RMDs since I got it.

OP - mine was at Fidelity and they have a whole team that specializes in inherited accounts. Those folks were super helpful to me in getting everything set up and in explaining rules and choices. I would strongly recommend giving them a call about this – they are likely to be a great source of info as they have almost certainly seen this before and can help you understand and evaluate your options.

I inherited an IRA in 2003. I thought that I now have to comply with the 10 year total payout rule…

@BelknapPoint is that not true?

Mine was from way before 2017 and I have had to take RMDs since I got it.

My understanding with my inherited IRA was that I was required to take the RMD because my parent had already started to take these.

My understanding is that the 10 year rule only applies to an inherited IRA received from a decedent who passed away after December 31, 2019. And there are a few exceptions to the 10 year rule as well, for example qualified disabled people can still take RMDs over their lifetime.

You are required to take the RMD on inherited IRAs immediately because the government wants their money. But until the SECURES Act changed it for post 2019 inherited IRAs the RMD was calculated/distributed over your lifetime.

I received one from father as well. He hadn’t started to take the RMD but I did starting the year after his death.

Worse still, inherited (non-Roth) IRAs are subject to kiddie tax on withdrawals so there would be a major tax hit in using them to pay for college or moving the money to a 529 (in addition to the financial aid penalties noted above).

You really don’t want to withdraw any more than the minimum until after leaving college unless parents are low income.

Oh my. That adds even more complications.

This is a really complicated situation, and my advice is for your D to attend a different school if you’d prefer to keep the IRA. I understand what the Ivy is doing … it’s not a protected retirement account in this case (not in the sense of what is normally not expected to be used for college). It’s money that the student has available to use to pay for college. The fact that she’d prefer to use it for another purpose is irrelevant for the Ivy. They expect her to use it. The simple response is to walk away.

So … contact the school & tell them that none of your D’s other schools treated the inherited IRA the way they did. As a result, their aid falls short comparatively. Tell them that you would attend if the aid was comparable to the other offers, but if it remains as is, your D will regretfully have to decline. Be prepared to walk away. It’s possible that they might raise their aid offer. It’s worth a try,

I don’t understand the disconnect. The fact that the inherited money is in an IRA is somewhat irrelevant…the D didn’t work and save that money to put it aside for her retirement, she inherited money which is in an account which has some restrictions on the use, distribution, taxation, etc. But how is it different than if the D inherited a portfolio of Exxon stock?

Kids who are lucky enough to have significant assets by the age of 17 shouldn’t be surprised that college expects them to spend the money on college. Given the RMD requirement the money will be long gone by the time she retires …it’s only a retirement account as far as the IRS is concerned.

Somewhat unrelated: if the parent of the student has an inherited IRA (inherited pre-2020), does FAFSA count it or just CSS?

But double-checking: if she has to take RMD each year that is subject to financial aid review, and that RMD is more than the $7,040 protected student income, won’t whatever amount is greater than $7,040 be assessed as student income for financial aid purposes at any/all colleges, including FAFSA-only ones?

It would come into play. It’s not a bad idea to talk with the other schools to see what would happen to aid in future years.