Is the AP exam worth taking?

Wow, that’s interesting. I didn’t know that. But let’s say that a kid takes dual enrollment classes beginning in tenth grade (as our high school does, with the flagship U). And let’s say the kid then goes to a T20 college, and all classes, including premeds, are taken again at the T20 school. Kid never transferred grades from flagship U to Ivy, so why would kid even include the transcript from flagship U in the application to grad school or professional school?

Kid never transferred grades from flagship U to Ivy, so why would kid even include the transcript from flagship U in the application to grad school or professional school?

Because it is required by the graduate or professional school to include all college records, including college attendance while in high school. For example, here are the application instructions for medical schools:

Page 16 says that “One official transcript is required from each U.S., U.S. territorial, or Canadian postsecondary institution at which you have attempted coursework, regardless of whether you earned credit. The transcript requirement applies but is not limited to: College-level courses attempted while in high school, even if the courses did not count toward a degree at any college. (etc.)”

Page 33 describes the requirement to mark repeated courses as such.

I will say that my D16s AP score in calc (3) is coming back to haunt her. While it was fine for her major at her state school, at least 3 very selective grad schools for architecture will not accept it; however if she would have taken DE for that same exact same class and teacher, it would have been fine. Things that you learn in hindsight! I like AP, but I’m appreciating DE now more.

Agree with this. My daughter is at an Ivy and they took a semester’s worth of her AP credits. Some they didn’t take because they don’t take at all like Apush or in her major AP Stats in her major, and some she needed a 5 in like AP Physics C. She could’ve earned even more if she had those or taken different AP courses. Either way it’s worked out for her and enabled her to double minor and if she wants she can graduate early.

Her sister went to a school that took everything towards electives and she entered as a sophomore in status which was a bonus as far as registering and she just takes extra classes every semester for self interest and is able to double major and minor from a top undergrad business program.

Not yet sure how it’ll work out for my son where he goes but he should also have at least a semester depending where he ends up.

That’s why to OP there’s no true downside other than the cost. You never have to report a low score to a college when you apply either.

There is no AP test for Calc 3. Calc 3 is Multivariable Calculus.

There is no AP test for Calc 3. Calc 3 is Multivariable Calculus.

Oh yeah sorry my misunderstanding. Yes, depending on the major especially if Stem you don’t want to take a 3.

Mine earned 8 hours for Calc BC but her school only gave 4 hours because they expected everyone to have already taken AB so she sort of got screwed out of the hours she earned. She also had already take Multivariable and they gave her zip for that so she had to take it over. Her sister got credit for all 3. It amazes me how different colleges factor things in.

One factor not mentioned above is if you are applying to universities that require the disclosure of all scores. For example this is the case if applying to the UK. Then getting a bad score (3 or below) can be worse than having no score at all.

Want another anecdote? I don’t remember the specific college policy, but D1 used one score to reduce her course load in her 2nd semester of senior year. in effect, she banked it for a later decision.

This does not seem like an especially unusual use of AP credit. A similar use would be to add an extra free elective later after using advanced placement to finish a required sequence earlier than usual.

Actually, thanks for commenting that it’s not unusual. I had/have no idea.

I don’t see the downside to taking it…you do well , you get credit. You don’t do well, you don’t do credit. They don’t (in the USA) use AP scores for admission.

@bopper and other CC posters:

According to UC Berkeley’s Freshman selection criteria, AP scores are considered in their application review so just one example.

Since Berkeley is a competitive campus, satisfying the minimum requirements is often not enough to be competitive for selection. In addition to the basic admission requirements, the campus selects its freshman class through an assessment that includes a holistic review of your academic performance as measured primarily by:

Stating that AP scores don’t matter is common on CC. But of course they can. And it’s not just to verify a grade. (There’s another thread for anyone to assert that’s all it is. Hoping this thread avoids arguing that here.)

I’d prefer (fwiw) posters clarify that, at some colleges, they matter less. Or not at all.

And for many/most, right now, OP can choose not to send.

I suppose you should look at your potential colleges…Stanford and MIT don’t use AP test scores. I think most colleges don’t. Because if you took an AP exam as a senior, it would be after you are admitted.

Students currently enrolled in AP courses are not required to submit AP scores as part of our admission process. AP scores that are reported are acknowledged but rarely play a significant role in the evaluation of an application. Grades earned over the course of a term, or a year, and evaluations from instructors who can comment on classroom engagement provide us with the most detailed insight into a student’s readiness for the academic rigors of Stanford.
http://admission.stanford.edu/basics/selection/prepare.html

Let me state clearly: we do not admit students solely because of their AP courses/scores. There is no minimum or recommended number of AP courses. AP scores are not part of an admission formula… What we are saying is that, despite what you may have heard, college admissions isn’t a game of whoever has the most APs, wins. 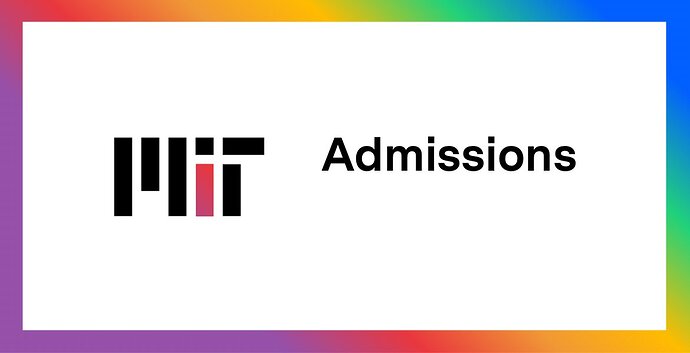 Trying to clarify the role of AP courses in the MIT admissions process.