It was Tulane, not Tulsa, that nearly upset Oklahoma. The name confusion shows how important it is to win and not just to be close. If Tulane had upset Oklahoma, Tulane would have received a tremendous amount of publicity; instead, Tulane is confused with Tulsa after turning in a great effort against the #2 ranked football team.

You are correct. It was Tulane. My bad. They will would be getting confused with Tulsa even had they won. Just how it works.

Alabama smacked Miami. If Miami ends up winning the ACC, and Alabama gets beat by Georgia, it seems that there’s a case for more than one SEC playoff team. FSU, Clemson, Miami and UNC all lost last week. Not a good start for the ACC. And Duke!

I said I am fine with 2 teams from the same conference in the playoff. So your scenario with 2 SEC teams in. But the “what-ifs” are discussed every year. Typically not until mid-October though. “We could have 6 undefeated teams and a one loss SEC runnerup all of whom should make the playoff and there will be chaos.” By the end of the season that typically resolves itself. Even more the case when its the second week of the season. We shall see.

In terms of competitiveness, in the NFL the worst teams get the highest draft picks. In college, the best teams get the best recruits. And over the last 10 years or so, recruiting has become much more national. Coaches of the top teams can and do recruit from everywhere in the country. Hidden gems are much less likely to remain hidden.

Transfer portal will likely impact the ability of top teams to stockpile talent. Will be tougher to have 4 5-stars at a given position on the roster (at least more than one year). But at the same time, I expect the transfer portal will enable top teams to fill in unexpected gaps/weaknesses. If someone gets hurt or doesn’t pan out as you hoped, you historically had to move down your depth chart. Now you can do that but also can turn to the transfer portal.

I said lopsided games aren’t very exciting, but I still enjoy watching them win and sometimes you get to see some amazing plays. I am not one of those people that will watch any football game that is on. I will watch Alabama, sometimes I like to watch some of the other SEC games to see how the other teams are performing. I have watched Samford (my alma mater) play when they happen to be on a station we can get (usually when they play a bigger school and get slaughtered). My ex-husband is a Notre Dame fan and my boys like them so I have watched games with them. I will pull for ND since it makes them happy, unless they play Alabama, which means someone in my house will be unhappy.

It was Tulane, not Tulsa, that nearly upset Oklahoma.

As my wife says, a problem with college football is there are too many teams and they don’t play each other so you don’t know who is any good.

Is it an exhaustive interleague “play list”? No, but IMO, I think you can gather enough info over an entire season to allow more than 2 teams from any one league into a 12-team playoff.

You may be able to gather enough info but I think its more likely you won’t. Particularly if the wins/losses in the interconference games are not consistent. Then you look at injuries and discount early games compared to late season games. And you just get back to the eye test which I think is problematic.

Though at the end of the day, if the Big 12 doesn’t survive and only 4 Power conferences remain, you will have more than 2 teams from a conference making a 12 team playoff.

Forde-Yard Dash: Big 12 Is Expanding But Is It Improving?

The winners and the losers if the league stops the expansion at 12 teams and how it impacts the schools beyond football.

As a Houston Cougar alum, this is a very exciting day. It will help UH recruiting, attendance and facilities support plus ability to retain and support women’s sports. It may also help overall admissions applications.

Will the MWC or reconstituted AAC be stronger? Memphis, SMU, Temple and Tulane versus Boise, SDSU, Air Force and Nevada.

Thank you to everyone who contributed thus far to this thread.

I will not be able to offer any updates on this thread for a few weeks as I will be travelling. Hopefully others will keep the news, thoughts, & opinions coming.

The interesting thing about the ND game is that it’s on Peacock.

Peacock is owned by NBC. ND has been an NBC regular for many years.

Yep, it was a smart move by NBC, like Amazon Prime with some NFL games. I wonder if it being a close game helps or hurts viewership. Maybe this was a wakeup call.

This isn’t going to help the Pac12 with their next TV deal:

The Pac-12 should just stop playing football (except Oregon)

“Let’s look back at what transpired in the first three weeks on the West Coast: The league’s most visible program, USC, fired its coach, Clay Helton, after two games. Washington, ranked No. 20 in the preseason, lost to FCS program Montana in its opener. BYU went 3-0 against Pac-12 foes, taking down Arizona, Utah and Arizona State. Half of the league’s 12 teams already have two or more losses, and No. 3 Oregon is the lone unbeaten team left and the only hope for the College Football Playoff. The Ducks might want to ask the Big 12 if it still has room.” 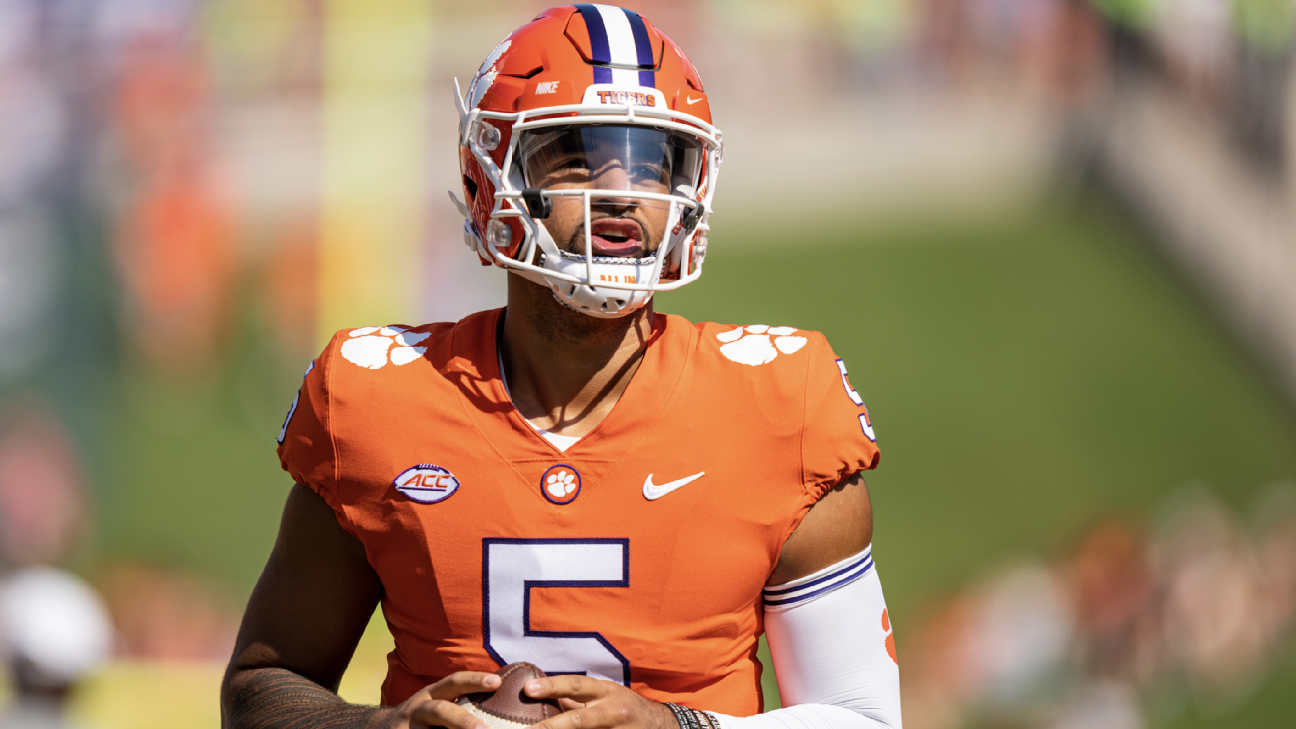 All lost for Clemson, Notre Dame and the Pac-12? Here's your latest dose of...

It is time to panic in Clemson! Oregon is the only playoff hope (again) for the Pac-12! The Spartans will rule all of Michigan by the time the season ends! Well, we might squash some college football dreams after your latest overreactions.