It’s probably more important what I don’t do…
.for example, nothing that looks like a crunch. One of the Margaret Martin videos also has a never-do example on the lat pull down machine, as well as showing what’s safe.

For lower body, my trainer had started me on the leg extension machine, but my chiropractor was adamant that it would kill my knees… so I stopped.

@calmom,
I can’t resist jumping in here (physical therapist): the knee extension machine is 1/2 ok, sort of literally. I’m not saying you should go back to it if you don’t want to, but straightening from flexed at 90 (like sitting in a chair) to 45 (1/2way straight) is fine on your knees. Studies show that it’s the last 45 degrees to straight that are really rough on your patella.

Thanks for that info. But I think my trainer showed me to straighten all the way… maybe some time at the gym if have extra time I’ll give it a try with your suggestion. But I’m not sure of the benefit in any case – would it do anything for me that a squat won’t do? My leg routine is currently: leg press, adductor machine, abductor machine, seated leg curl, & glute pushdown on the assisted pullup machine. Oh, and I also do barre at home – mostly with these videos - https://www.youtube.com/c/BODYBARRE/videos - I was doing that quite frequently while locked down, but now that I can go back to the gym it’s down to once or twice a week.

@illneversaynever - thanks for that tip about the leg extension machine!

And @calmom - good to know about the crunch! Yikes, I’ve been doing crunches with a 22 pound, flat bar-bell (circular) on my chest for 25 years! Uh oh!!

I was doing crunches, as well as a mat Pilates routine that involved a lot of crunching up, until I was diagnosed with osteopenia. Once I started researching, I realized how many changes I needed to make!

I think the problem with the crunch is the strain it puts on your spine. It doesn’t matter if you’ve done it in the past, if you haven’t had any back problems, fractures, or lost height. It’s just that the risk of injury seems to be greater with any exercise that involves forward curving of the spine, especially if there is an added stress.

Actually, I was told that crunches were problematic years ago – I don’t remember the reasons then, but here are some articles highlighting problems beyond osteoporosis concerns (apparently they can also lead to herniated discs). These articles also have some good suggestions for alternatives:

10 core exercises that are more effective than crunches

These exercises protect your back and neck, and target more of your abdominal muscles than crunches alone. 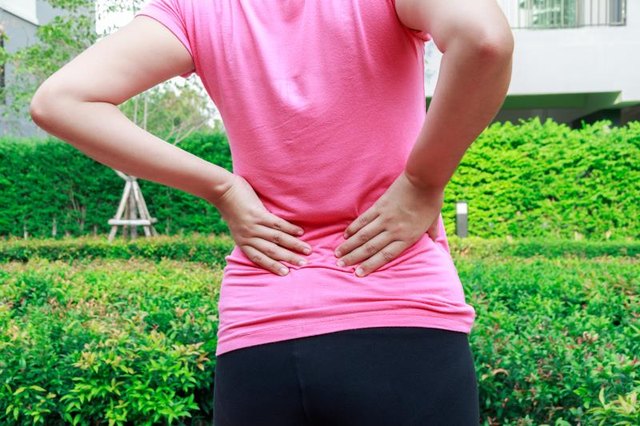 Are Sit-Ups & Crunches Bad for the Spine? | Livestrong.com

Sit-ups and crunches have been shown to cause more back injuries than other more holistic exercises. Alternatives like the plank pose can protect your spine. 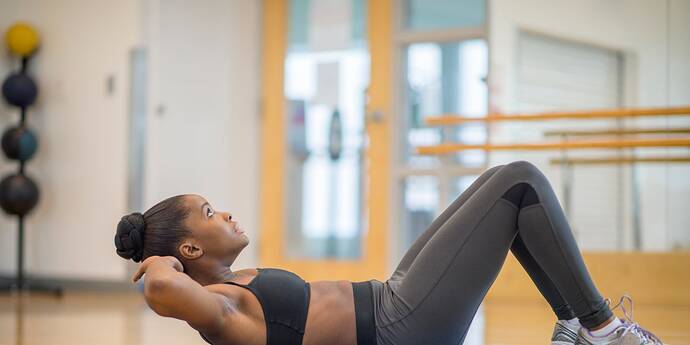 You Don’t Need to Do Crunches to Build Core Strength, According to Science...

I mean, unless you want to, I guess.

I do a lot of planks now, and I think they are much more effective than crunches in terms of toning abs … plus, they really help strengthen the back.

I do rowing the rower we put in our great room. It’s got a lovely view of our backyard and you can open the sliding doors to allow the breezes in.

I’ve been having collagen peptides in my morning coffee for a few months. I have not noticed difference in hair (which might be because longer and flatter… need to cut it soon) or nails. I have not decided whether to continue when the 2nd canister is depleted. It seems like an easy, “can’t hurt” action, but it does have a small cost. It was interesting to see the study.

Thanks for the feedback. That’s what I plan to do…try it and see if I notice any difference. I think that many people already get the collagen they need through dietary sources, so probably wouldn’t see a difference from supplementation. But it doesn’t seem like there is any harm in trying.

Right… it seems no harm trying (at least per the google “research” that I did on the topic before starting collagen peptides). I should note that some friends have noticed improved hair after trying it.

Well, my canister arrived from Amazon today & I had my first half-scoop. Good news is that it does dissolve very easily & is tasteless – so easy to add. I’m not going to know what, if any, benefit it provides for my bones, but I think I’ll know in a few weeks whether my nails stop breaking.

OK, I am back from my rheumatologist appointment. The Dr. was very nice and spent time with me discussing my concerns, and he had much more detailed DEXA reports than the summary I was given – so more information than I had before… but not as much as I wanted.

However, he was not very concerned about the bone loss in the femoral neck – it seems that is very much within normal, expected limits for my age. So not a reason to suspect that anything else other than normal, age-related loss is happening – so no particular reason to do more bloodwork or testing.

He did recommend meds (like fosomax) but did not pressure – he said that with my numbers he would recommend meds, but that he didn’t think it was crazy to refuse or hold off on meds for now. He told me that he did not consider my BMD to be “very low” – he says he would use that term to describe numbers of -3.0 or below. So that’s encouraging.

When I first got my DEXA scores back on March 19, I posted:

I’m hoping my doctor doesn’t press medication now. I’m thinking I’d like to return to my exercise routine and schedule the next DEXA scan one year out, and see what the numbers show then.

That is exactly what the plan is now – another DEXA scan next year – the doctor said that would give me another data point, and that’s exactly what I’m thinking.

I did not ask him about exercise or supplements because he just didn’t seem particularly knowledgable about those things, and i’ve done a lot of research on my own so I feel I already have the answers.

My mom has had a moderate problem with osteoporosis and now looks a bit like Queen Elizabeth with her slightly hunched back. I recently googled exercises to prevent a hunched back and got some good ideas there.
Edited to add I read a newstory about the funeral that described the Queen as “stooped with grief.”

When you have compression fractures, there is only so much you can do about the curve in your back, because the spine itself curves.

In 2006 I had a traumatic fall that resulted in a moderate thoracic fracture and two mild ones- preosteoporosis. MY back curves slightly. Tai Chi helps me stay aligned.

After cancer meds my spine bone density went down to -3.4. My doctor has struggled to help me because I don’t tolerate meds. I even went to an immunologist to try to desensitize for Forteo… I have tried a 10% dose at home, working up. My heart goes very fast, I am breathless and I am scared that my atrial fibrillation will be triggered.

During COVID, I did not try Tymlos for fear of going to the hospital. I have stayed safe at home, and walked every day.

Last week I went for my vaccine in the city and made one stupid movement and now have two lumbar fractures. The pain is horrific and it affects bowel and bladder. Not fun.

Those of you who are still just over the line don’t need to worry yet. This is a spectrum. You don’t fall off a cliff at -2.5. And most of you aren’t on cancer meds that decrease bone density.

I have gotten away with 14 years of no meds, not because I didn’t want to take them. Now I am between a rock and a hard place.

These fractures are just before my 70th birthday and feel like the beginning of old age!

I am so sorry about your fractures!!! Owww! (And at what should have been a happy event, of your long-awaited Covid vaccine). Your comments have been tremendously helpful to me, especially when I was upset about the change in my femoral neck score – and the rheumatologist pretty much confirmed what you said about being just over the line.

I’m sorry that you have the other complicating medical factors – it makes me feel quite grateful that my only problem is a decline in bone density.

Life definitely is not fair!

Glad you are feeling less upset!

Like I said I got away with 14 years of osteoporosis, and 5 years of cancer meds, with no fractures. The motion I made last week was pretty extreme. I probably could have gone on longer. My bone density at lumbar spine was -3.4 last DEXA. I am going to try Tymlos again,

Thinking positive as much as possible despite the pain. In two or three months I should be okay again. Doing Quigongs in my living room!

Thank you everyone for all the info on their thread. My numbers are fairly good but I have stepped up my Vitamin D/calcium this year. I’ve been on Evista (raloxiphene) for many years after breast cancer and have been relying on it for bone density as well. I know many can’t use it because of blood clot risk but it’s within what my dr and I feel comfortable with given my history.