UC Berkeley may be forced to admit 5100 fewer students

i saw this @bluebayou. Who knows how many times this has been greenlit, then shot down by one group or another. I can’t recall if in previous attempts, the university actually obtained building permits or not. But we’ve seen this movie before, and it’s frustrating for everyone involved.

Im sure there are others

It is strange in the heart of Silicon Valley where 35-50% of new start-ups have an immigrant owner and many iconic companies have immigrant founders, there is this talk of restricting OOS students.
Diversity, including geographic diversity, is something we all should aim for.

After all, most of these OOS students will be future CA residents.

Well, there isn’t just talk of limiting OOS/int’l students, it’s actually a done deal.
I see your point, and certainly a school like UCB thrives on it’s national/international reputation which is bolstered by its impressive international/OOS student population. The opposing argument is to protect the pathway of California residents to the strongest state school system in the country, funded by the tax dollars of these same residents.

Phil Bokovoy, president of Save Berkeley’s Neighborhoods, which filed the lawsuit, blamed the crisis on the university, saying the campus has failed to build enough housing to accommodate its growing student population. He added that UC Berkeley could manage the court-ordered enrollment freeze without hurting California students by reducing admission offers to international and out-of-state students.

Here is the full article: 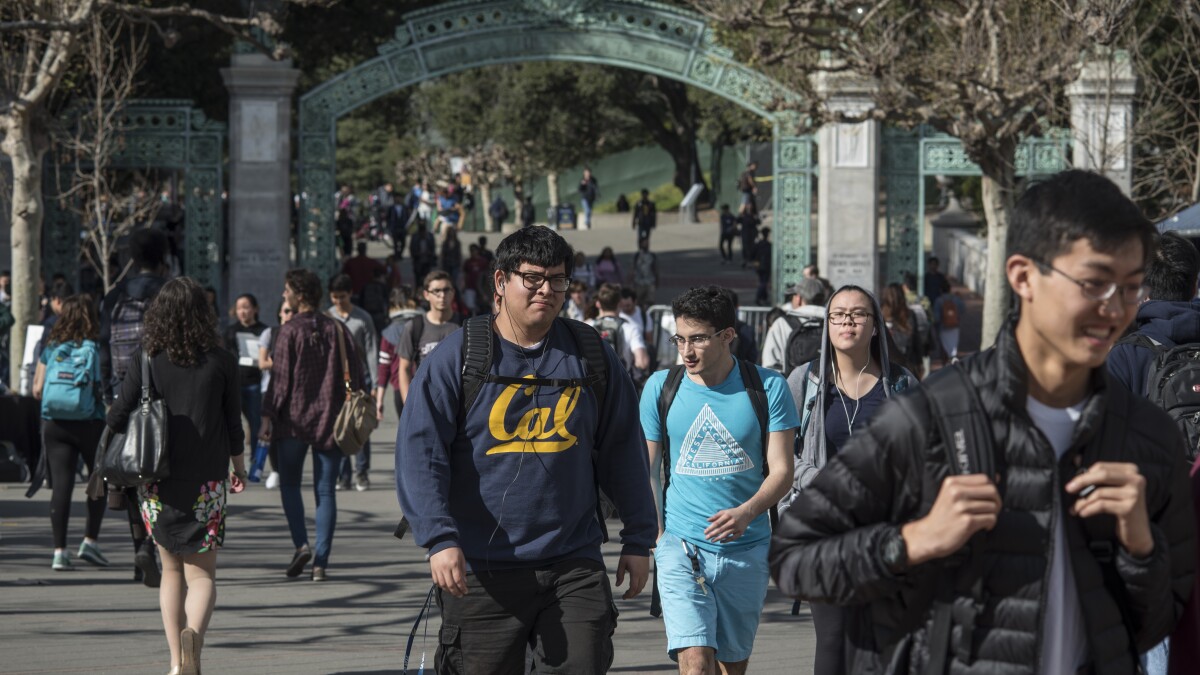 UC Berkeley may be forced by court to cut 3,000 undergraduate seats, freeze...

UC Berkeley may be forced to slash its incoming undergraduate class by one-third, or 3,050 seats, and forgo $57 million in lost tuition.

But lets look at Penn State with almost 50% OOS and compare. They are still able to admit almost 70% EA and 50% after

University of Florida admissions is most selective with an acceptance rate of 31%. No EA
Florida residence are getting accepted at a rate of almost double to UCB but less than half to PSU EA

While not comparing these schools to each other they are their States Flagship Universities and as such are often the most affordable option for residences of their state.
All 4 of these states handle how they prioritize in state vs OOS

This caught my attention in the article
UC Berkeley failed to consider reducing enrollment to avoid adverse environmental impacts and, since 2005, has added 11,000 students beyond the 2020 target laid out in the campus long-range development plan.

The Lawsuit freezes enrollment at 2020 levels and to reach that they would have to cut 3000 enrollments
From the Article
Berkeley has been ordered to freeze student enrollment at the 2020-21 level of 42,347. To get to that number — which is 3,050 fewer seats than planned for fall 2022

Does that still put them about 8000 students above what they projected in their long range plan from 2005?
It looks like they keep adding Students without building the ifrastructure to handle them and the local residence have had enough

The proposed bill to limit oos/international enrollment has not been approved by the Regents yet. And I doubt they can approve the bill since Berkeley relies a lot on oos tuition

It’s unfortunate this fall’s freshman class will be impacted by court decision. Given, UC Berkeley is a state school, it is right to give state residents priority given their taxes fund the UC system. However, what about non-resident CA tax payers? My husband and I were born and raised in Southern California. We both attended UC schools- UCLA/ USSD. We worked for many years in CA and still pay CA property taxes. We are now expats but continue to pay CA taxes as non-residents on our income. It would be nice to have the UC system consider families like us as in-state on college application or at least give us a preference given we do pay CA taxes.

I have no stake in this, but why should in-state residents or state taxpayers be given preferences in admissions? Shouldn’t lower tuitions be the more appropriate benefit for them? As we’ve seen in the debate about ALDC and other admission preferences, any preference inevitably lowers the college’s academic standard. Some would surely use UNC Chapel Hill, UVA, etc. as counter examples, but I’m certain that these colleges would have been better academically if they didn’t have quotas for out-of-state students.

The CA Supreme Court will note the competing interests, but will rightly focus upon the inequities that would befall the thousands of pending applicants to the Class of 2022 should the court not grant the stay.

In Sept. 2021, Cal was ranked No. 1 by Forbes Magazine for all colleges in the US. The school had nearly 86,000 applicants for the Class of 2021, and this years applicant pool will be at least as large.

Does this mess at UCB have the potential to cascade and affect the admissions numbers at other campuses? 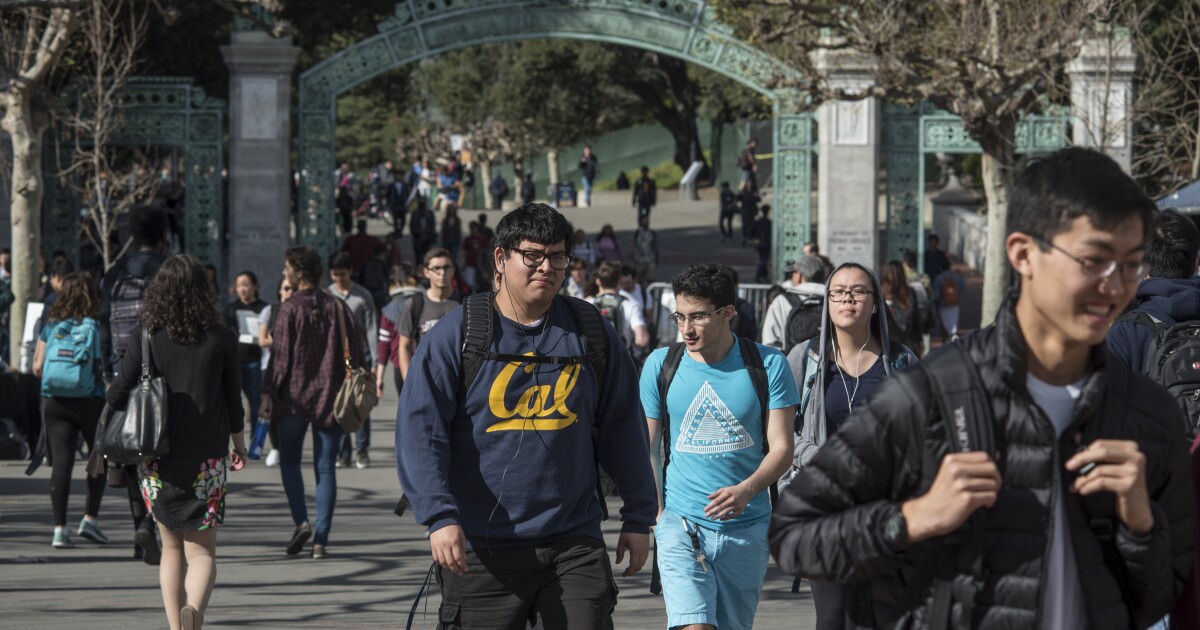 UC Berkeley may be forced by court to cut 3,000 undergraduate seats, freeze...

UC Berkeley may be forced to slash its incoming undergraduate class by one-third, or 3,050 seats, and forgo $57 million in lost tuition.

This issue is specific to UCB and the city. Other UC campuses should not affected.

Not directly, but you would expect it to boost the yield at UCLA quite significantly, given the number of instate students who would normally be choosing between UCLA and UCB. I could imagine some other UC campuses making more use of waitlists until they see how this eventually shakes out.

I have no stake in this, but why should in-state residents or state taxpayers be given preferences in admissions?

It is that way because state universities are subsidized by state governments with state taxpayer money.

To be required to reduce the admitted pool of applicants by approximately 30% will
require thousands more hours of internal decision making.

Not really. All they would do is move the admit threshold scores (from the application readings) up to reduce the size of the admit pool.

But, as others have noted, there could be effects on yield at other UCs and perhaps some other schools that would ordinarily be the next choices for some students who would attend UCB if admitted.

You have a valid point. If the lawsuit stands, then you are correct that a school like UCLA may have an issue in managing their yield and could end up over enrolling. As noted by several posters, this has been an on going problem and the decision may be stayed. Only time will tell.

Chances are, the vast majority of the 86,000 applicants were going to be rejected. Does it really matter if 70,000 students are rejected or 75,000? Even for in-state students, almost everyone on the board says that UC-Berkeley is a reach. Nobody should have been counting this as a safety.

Last year, UCB was working on an agreement to use Mills College (which had closed their doors) for extra housing and classroom space, unfortunately that deal fell through.

Mills College Closes, but Opens Its Doors to Berkeley Students

In early March, the leadership of Mills College announced that the institution would discontinue its enrollment for first-year students after fall 2021. By 2023, the small private college in Oakland, established in 1852 for the education of...

That’s a big bummer. I think Northeastern U purchased Mills College. Would have been a good band-aid for UCB.