Interestingly, the usual legal advice is that it is far better for private employers to offer few if any religious exemptions, as they just lead to later disputes.

This article lays out the vaccine mandates in some of the very states in which governors are objecting to Covid vaccine mandates as a violation of personal choice. In some of these states, there are no exemptions for religion (Mississippi) or for moral, philosophical or ethical considerations (Alabama, I think). Chris Wallace pressed the governor of Nebraska on how it could be so repugnant to have Covid vaccine mandates when his state already mandated a number of other vaccinations. His hypocrisy/political expediency was showing.

G.O.P. Seethes at Biden Mandate, Even in States Requiring Other Vaccines

Resistance to vaccine mandates, once a fringe position, has entered the Republican mainstream. But the governors fighting President Biden’s Covid-19 requirements impose mandates of their own.

I think the big issue compared to other vaccines is that they have been around for years and years , and we dont know the long term affects that might come out 2/3 years down the line. This is the reason why my friend will not vaccinate her middle school kids right now, but gave them the std childhood vaccines. The risks are there in getting Covid, but what if 3/4 years from now it turns out these vaccines cause a higher change of XYZ later in life .

Compared to the risk of long-haul covid if they get it? Seems clear to me which is riskier.

Here’s an article that describes how scientists who have decades-long experience working with vaccines can be confident that we won’t see any long term effects of the COVID vaccine. 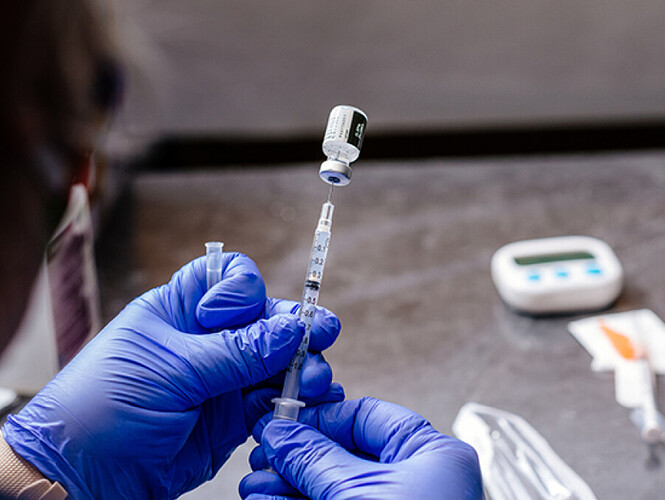 Many Americans say they want to “make sure the shot is safe” before getting vaccinated. That data is already in, and it is overwhelming.

“Vaccines are just designed to deliver a payload and then are quickly eliminated by the body,” Goepfert said. “This is particularly true of the mRNA vaccines. mRNA degrades incredibly rapidly. You wouldn’t expect any of these vaccines to have any long-term side effects. And in fact, this has never occurred with any vaccine.”

I think the big issue compared to other vaccines is that they have been around for years and years , and we dont know the long term affects that might come out 2/3 years down the line.

My daughter was in the early group getting the chickenpox vaccine (she got it in Jan '97, when she was 12 months old). Were there unknowns? Yes. Originally they thought it would be a one and done shot, but by the time she was headed to K, she needed a booster and I’m not sure if she’ll not need another as an adult. There were people saying “Oh, just get the chickenpox and then it will last forever.” I knew a child who died after getting the chickenpox. I have shingles. I would have given my daughter 10 vaccines if it gave her a chance of not getting chickenpox or later shingles.

They released the polio vaccines in 1955 and it took until 1962 for me and my siblings to get it. There were still unknowns, but my parents were thrilled to have us get the vaccine as they’d grown up with kids with polio. I remember the boy across the street had polio and the lifelong problems.

The Supreme Court case that supported a vaccine mandate addressed it at the state level.

The regulation in question was local, but the decision addressed whether or not the vaccination mandate infringed on an individual’s personal liberty as guaranteed by the Constitution. It did not.

There is little legal support that I’ve been able to find that permits the President to legally issue such a mandate. OSHA will have its own issues.

This isn’t at all accurate. The “the legal support” for the mandate is the Occupational Health and Safety (OSH) Act of 1970 in which Congress granted the executive branch broad powers to regulate businesses to assure the safety of their employees. The Constitutional “legal support” for OHSA is the Commerce Clause. Some have argued that Congress shouldn’t be able to delegate such broad powers, or that the Commerce clause shouldn’t be read so broadly, but neither position accurately reflects the current state of the law.

We’ll see how both survive through the courts. Both situations offer interesting legal issues that won’t be resolved that quickly.

A summary of some of the arguments and rebuttals regarding the legality of the mandate . . . 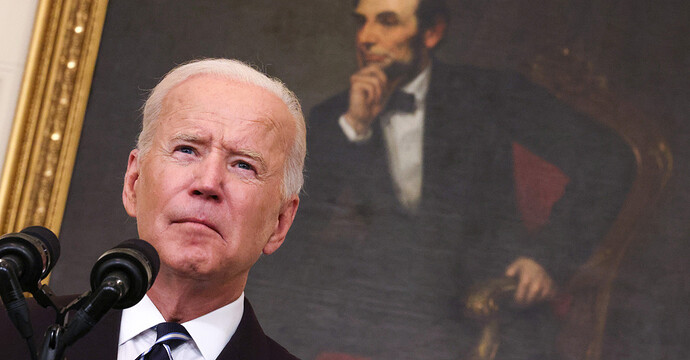 'No Issue of Constitutionality': Legal Experts Give Biden's 'Certainly...

Valid questions raised here. I’m pro vax but it seems like the current approach needs much clarification and I fear that legal challenges will drag out implementation. IMO air travel requirements would be easier and quicker to implement, and would lead to smoother holiday travel in the coming months…

Group representing Coke, Kellogg and Campbell Soup have concerns about...

The trade group that represents consumer brands including Coca-Cola, Kellogg and Campbell Soup fired off a letter to President Joe Biden on Monday with a laundry list of questions about his new vaccine mandate.

That is what the Nebraska governor largely said as well, @sdl0625. Not saying that your friend is in this group, but a number of the people who are saying that they need to see years of results before taking the vaccine will take Regeneron (monoclonal antibodies), hydrochloraquine or ivermectin, none of which have not been fully tested (and in the latter two cases, I don’t believe that there is scientifically valid evidence that they work at all for Covid). And, by the time they need Regeneron, they have a pretty bad infection that can a) kill them; and b) have long-term consequences. So, maybe it is not the effect but the idea of taking anything preventative to avoid a problem they don’t now have.

my friend is not against getting the vaccine herself (she recently had mild covid and plans on waiting 90 days). She just doesn’t want to vaccinate her 14 year old . If she lived in LA, she would have to.

A lot of schools are also requiring 12-18k year olds to participate in sports of ECs at the school.

A little peer pressure might also come into it if parents start restricting who their kids can invite over, drive place, hang out with in person.

It is so hard for me to understand. My 16 year old nephews couldn’t wait to get a vaccine. Of course one had covid in Feb and it lasted almost 6 weeks and had to be off sports for a long time. 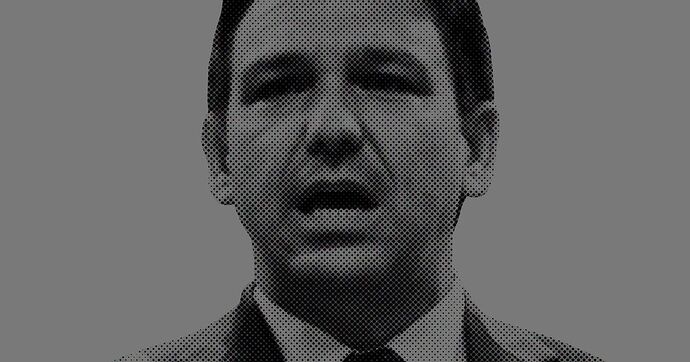 DeSantis and the Agony of the Anti-Anti-Anti-Vaxx Republican

The GOP-elite darling tries to walk a careful line, and falls off.

The president got lots of publicity for mandating military vaccines, but has allowed the deadline for such shots to be more than 3 months out, at year’s end, for the army.

Wow, I didn’t realize their mandate was that far out. That’s interesting. I wonder why?

I suspect some of these individuals are located in quite remote locations.

There is no remote location to which US military medics do not have access when necessary. DoD has had the vaccine vials stockpiled across the globe for months.