What are your top takeaways learned from the most recent admissions cycle for rising seniors about to apply?

Look at covid pandemic protocols. Some still and will continue to require boosters and students to mask in classrooms. 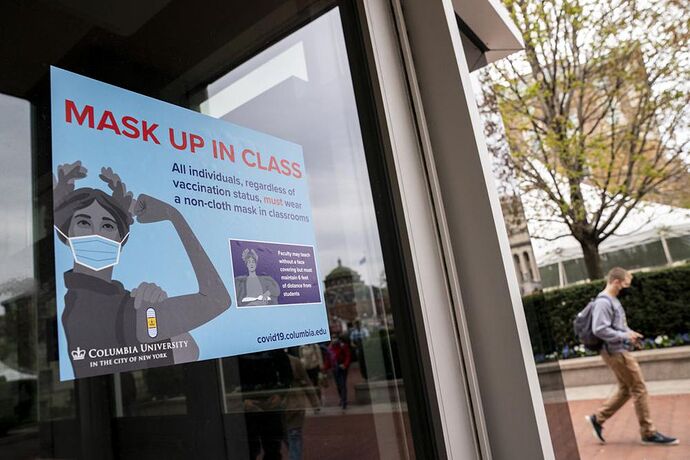 Many U.S. universities are bringing back mask mandates, switching to online classes and scaling back large gatherings in response to upticks in coronavirus infections.

Check what their application policy is regarding tests. Some colleges have remained test optional or test blind, while other have reinstated the requirement for test scores.

Do not use the four free SAT score sends. A bad score will hurt you.
Only send official ones to the college you are going. It is a waste of money otherwise.
The National Merit Scholarship means less and less every year. If you are a finalist remain undecided in college choice until after acceptances are out.
Do not waste REA in schools you really have no chance for. Only use ED if you are really sure that it is the school that really matter to you. Do use early admission wisely, but know that committing early may decrease your chance of merit aid.
Make sure you get accepted into at least one of your state schools and really try for the top ones.
An A - is as good as an A+ for The UCs, and recommendations letters are no use for them. Lots of APs do not necessarily help.
Your extracurriculars will separate you and be genuine in your answers and essays.
After acceptances, negotiate tuition. Either need or merit. It is ok to show and leverage your other offers.
Really learn everything you need to learn about your favorite schools and show them in your write ups that you have done this homework.
Visit the campuses if you can
What you think is a safety is likely not. Yield protection is real.
Waitlist means little to nothing
Even if your parents are not poor, be considered of the finances. It may be the difference between early or late retirement for them.

Test optional/test blind policies, especially in combination with aggressive yield protection by some schools have made what were previously match schools reaches for high stat students.

A safety isn’t a safety if your kid has a meltdown that it’s the only option. Affordable isn’t affordable if it requires suspending the laws of gravity and financial planning to make it happen. And a kid who doesn’t like to read or write, never liked school, and doesn’t want to participate in the college search may not be ready for a four year/out of town full-pay college experience and that’s OK…

The entire process has become far, far more competitive as a result of test optional/test blind. Reaches have become impossible dream schools, and what were matches are now reaches.

When certain schools (Tufts, are you listening?) are playing the game of yield protection, it is not immoral for students to do the same (short of multiple restrictive ED applications) by communicating forcefully and convincingly through demonstrated interest to multiple schools that the particular school is their first choice, and that if accepted, they would choose to attend, even though of course they can only attend one school.

The only way to show the UCs that you have high test scores is National Merit, so if you are California bound, and tend to score high on standardized tests, do that SAT prep the summer before 11th grade, in time for the PSAT in the fall. National Merit goes under awards, which the UCs can look at.

The Common App, fly-by applications and widespread adoption of TO have removed all pretense that ED is just for athletes and legacies as more and more colleges adopt an “a bird in the hand is worth two in the bush” philosophy.

If a school says an essay is optional, it isn’t optional if you’re actually hoping for an acceptance. Also, some colleges may not require an essay, but will accept one. I heard of multiple people at Northeastern, I believe, who wrote a “Why Northeastern” essay. When people said NU didn’t have one, they said they sent one in anyway. Those people generally had better results.

Yes. How old are the parents? What is their health like? How would their life and retirement look if there was a heart attack or some other unexpected health issue that arose and they were forced into early retirement? What if they lost their job or had to take a decrease in pay? If an extra $200k is negligible for your family and a financially secure retirement, that is an entirely different situation than if the $200k would be financially meaningful for them.

Lots of valuable gems in all the posts above, that future applicants and their parents should take note of and heed. However, like the OP, I’d like to specifically hear…

new and novel takeaways that aren’t generic and true year to year.

Personally I don’t see that much difference between the most recent admission cycle and years past.

Schools that were historical safeties were changing even before Covid. It’s important to use current data when making a list and not remember what it used to be like with older siblings, or lord forbid, when parents were in college ; )

IMO, the big changes are understanding which schools are filling the majority of their class in ED rounds as that seems to be a trend; understanding where to strategically apply TO; and knowing how schools have handled Covid so you can predict what may happen if there is another surge.

I don’t think is is new or novel to this board, but my biggest takeaway is that the admissions process has been filled with much more uncertainty in the past two years. This is likely due in large part to 1) test optional and 2) other impacts of Covid (deferrals, higher yields, etc). Both schools and applicants are trying to address that uncertainly to minimize risk:

Schools are: 1) filling more of their classes through ED, which is the ultimate hedge against uncertainty, and 2) engaging in more yield protection by seeking more demonstrated interest (visits, essays, etc) and rejecting/deferring higher stat applicants they suspect are are applying to their school as a safety.

Applicants (and particularly those who are seeking T30 schools) on the other hand are: 1)applying to more schools in general, and especially taking a shotgun approach to their reach schools, 2) also using ED more to increase their odds of admission to a reach school.

Unfortunately, both the actions of the schools and the applicants creates a vicious cycle - the more that schools use ED to fill their classes, the more that encourages applicants to both apply ED, and, later, take the shotgun approach in the RD cycle.

From an applicant’s standpoint (I have a rising senior who’ll be applying to colleges next fall), I’m planning to hedge against uncertainty by 1) encouraging my daughter to strategically use ED (both ED1 and ED2 if necessary) to increase her chances of getting into one of her reach schools, and 2) focusing a lot more on her safeties than I would have several years ago.

For T20s, the RD round is for university window dressing. If you’re an unhooked, middle class kid, you don’t want to be there.

Agreed. Learned this the hard way this cycle.

For T20s, the RD round is for university window dressing.

@Illinoisparent12 - What a great summary, I think it’s spot on. The one clarification I would make is around the term “yield protection”. In the past there was a sense that some schools were (did) look to try and maintain a higher yield to increase their rankings.

While there may be some of that, I would say today it’s more about “Yield Prediction”. All the points you outlined in the first paragraph really point out the crazy unpredictability of the whole thing