The Only College Fencing Recruiting Thread You Need to Read 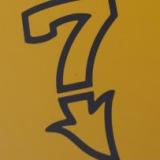 SevenDad 4329 replies137 threads Senior Member
June 2016 in Athletic Recruits
POST 1 of 15:
I’m posting this on behalf of sherpa, superdomestique, and BrooklynRye (just in time for the start of the 2016-17 college fencing recruiting season!)…

Google “College Fencing Recruiting” or some variant of that phrase and you’ll be rewarded with a wealth of information (and quite possibly a link to this thread). For the average student or parents looking to get either a snapshot/overview or perhaps an answer to a specific question — it can be a daunting task to sort through all the available info.

In an effort to consolidate some of the information in a single place — and to vet and preserve it for future reference, a few of the more experienced fencing parents on the forum got together to develop this new thread. All have successfully shepherded at least one child into a top fencing program at a selective college/university.

If you are truly new to the process, this article by longtime Northwestern University fencing coach Laurie Schiller is a great overview, including some insights on when to do what:

The article originally appeared in USA Fencing’s “American Fencer” magazine, and the link goes to an archived scan that was hosted by Z Fencing Los Angeles.

Another good primer is this 2014 article from fencing.net (authored by Gerhard Guevarra):

“Fencing in College — How to Get on an NCAA Fencing Team”
[http://www.fencing.net/14613/fencing-college-get-ncaa-fencing-team/]

One nice thing about this article is that has a relatively updated/accurate list of the various college fencing programs (though not broken into Div I, Div II, and Div III categories, the lists do include links) as well as a list of schools that have club programs.

And finally (for now), here’s a link to the Wikipedia list of NCAA programs:
https://en.wikipedia.org/wiki/List_of_NCAA_fencing_schools

If you are a freshman or sophomore in high school (or the parent of one) and are just getting started thinking about possibly fencing in college, these articles are pretty much required reading — and may answer many of the more basic questions you have about the process.

Replies to: The Only College Fencing Recruiting Thread You Need to Read