ACT score of 20, stellar everything else. How much will this matter to "average" LAC's? 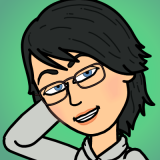 dec51995 258 replies6 threads Junior Member
June 2015 in College Admissions
My nephew is a rising senior. His gpa is 3.8 and he has a long list of EC's: varsity sports, lead in the musical, choir and band participation, employment, church participation (he's thinking about the ministry). He attends a very small (class size of 60), rural public high school. He's been to state twice (in 3rd tier athletic conference) for golf, but his scores don't seem to be drawing golf coaches in division 3 schools. He's found some schools he's interested in, but the 25-75% of each of these is higher than his ACT composite. I'm wondering how much the ACT score range matters for LAC's that aren't in the top 50 USNWR. With a strong gpa, does he need to worry too much about scores that are significantly lower? He's planning to do ACT prep this summer.
June 2015
57 replies
0 · Reply · Share
«123»

Replies to: ACT score of 20, stellar everything else. How much will this matter to &quot;average&quot; LAC's?