Jeff Selingo Reveals "Who Gets In and Why" - ASK HIM ANYTHING! 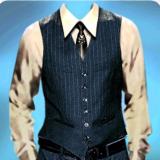 CCadmin_Sorin 2929 replies409 threads Community Manager
September 17 edited September 17 in College Admissions
@Jeff Selingo has been writing about colleges and universities for more than 20 years. He is former editor of The Chronicle of Higher Education, a contributor to The Atlantic and The Washington Post, and author of two New York Times bestsellers.

His newest book is Who Gets In and Why: A Year Inside College Admissions was released September 15. For the book, he was embedded in the admissions process at three selective colleges: Emory, Davidson, and the University of Washington, as well as followed a group of seniors and influencers who pull levers on the admissions process that you never see, such as the rankings, the testing agencies, and financial aid consultants.

The book has already been praised in reviews in The New York Times and The Wall Street Journal.

He will help answer your questions about how colleges craft a class and what you can do as an applicant to improve your chances. Ask him anything.

Replies to: Jeff Selingo Reveals &quot;Who Gets In and Why&quot; - ASK HIM ANYTHING!