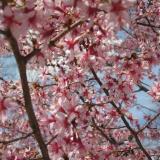 TatinG 7309 replies119 threads Senior Member
July 3 in Parent Cafe
The statue debate just keeps rolling with more and more historical figures getting caught up in it.

I certainly hope no one here condones vandalism. I despise it. If Confederate statues come down, it should be through lawful means: public referendum or a vote of an elected body. The statues should be placed in a museum. I don't think the statues of Confederates should be removed in battlefield parks (where they add to the historical understanding) or in cemeteries (where defacing or removing memorials to the dead is just wrong).

But.... now the activists are coming for Abraham Lincoln! . See the controversy at UW-Madison.

Fresno State has a statue of Gandhi that some students are petitioning to be removed.

U. S. Grant's statue was torn down by vandals in San Francisco. Who do they think was responsible for winning the war to free the slaves? Who freed the only slave he was gifted when he himself was very poor?

Protesters in St. Louis want the statue of King Louis IX (St. Louis) taken off Art Hill. They also want the city renamed Confluence or Scott. And they beat up those who were trying to protect the statue.

An innocent elk statue was burned in Portland. It's unclear what politically incorrect thing the elk did.

I worry for historic homes like Monticello where security measures have been stepped up.

This is just violence for the sake of violence and shows true historical ignorance and intolerance.
July 3
154 replies
8 · Reply · Share
«12345678»