My son intends to major in Computer Science. We live in NC and he was admitted into UNC Chapel Hill for Fall 2021. He was also awarded a 5-year free ride (can obtain masters or joint MBA) to Alabama and was admitted into their Engineering/Computer Science program. There have been a couple of newspaper articles over the past few weeks about the Computer Science program at UNC and it clear that they intend to cut the number of students in their program by half and are considering adopting an admission based system similar to the business school at UNC. Any techies out there with thoughts on what would be the best program. I’m afraid with the department’s plan to cut the number of graduates in half that it is going to be extremely difficult to enter and remain in the program and that he might be better off going to Alabama. They want him, have rolled out the “red” carpet, and we can’t even get the UNC Computer Science department to respond to his emails with some specific questions he wanted answered. Thoughts? Anyone?

Apple is building their new facility there in the Triangle with some sweet jobs!

Presumably, you have read these? Enrollment Growth and Access To The Major - Computer Science

Interest in computer science has steadily increased over the past 10 years with little sign of abating. The following chart shows the number of students declared as a computer science major or minor from Fall 2010 to Fall 2019. In … Continued

The department has recently redesigned the introductory sequence of courses common to all of our degree programs (BA, BS, minor). These changes officially begin in Fall 2020. In formulating the new sequence, we have also incorporated constructive...

And this from the campus newspaper? 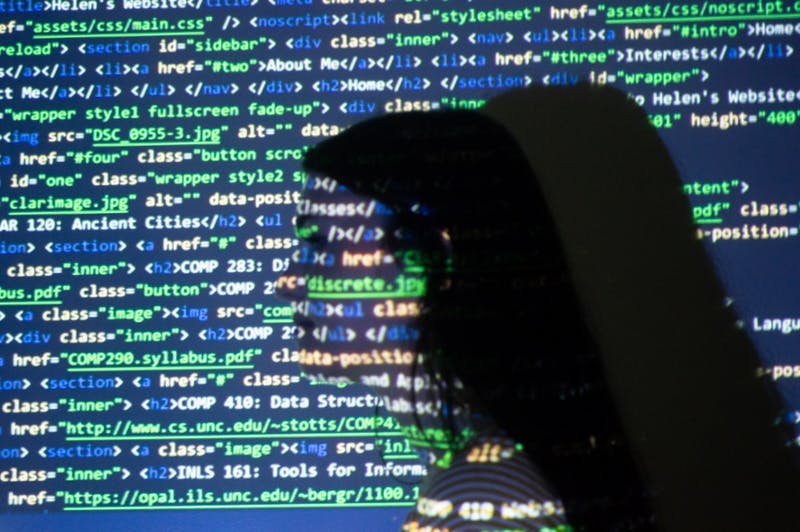 "It’s ironic. Google is coming to Durham to hire a thousand folks, they’re holding a major career event in the department — and at the same time as this tremendous growth, we’re having to cut our program.”

Would your student enter UNC-CH as a declared CS major, or as an undeclared student?

Thank you. Yes, I have read the Tar Heel article and had seen one of the pages you posted above. Thanks! He would like to enter as a declared CS major. He has sent an email to confirm that is a possibility for him with their new system but has not received a response yet. I don’t like to be “that mom” but I will be calling UNC tomorrow as he needs to make a decision and it’s hard to do so without all the facts. He is definitely admitted as a CompSci major at Alabama which gives us comfort that he will have the opportunity to pursue his desired field of study and we don’t yet have that level of comfort from UNC.

We are having the exact same problem. DS would like to enter as a declared CS major but it seems like they cannot declare until later in the fall? If you find the original letter they sent out it says that they cannot apply for the major until they are in Comp 210. Of course that was retracted but the writing is on the wall. Have you received a response? I don’t have confidence that they will allow incoming freshman to declare.

Yes, received a response this morning. The process will be to apply for the computer science major during or after taking COMP 210 Data Structures and COMP 283 Discrete Structures (or Math 381).

I would take the sure thing: Alabama. In addition, it’s free and should include lots of perks/personalized attention.
Note: if taking advantage of the 5-year option, take the Master’s if it allows for more advanced/specialized work and a project. The straight BA to MBA isn’t useful: you’re better off working for a couple year before doing an MBA.

So you have to hope to get a spot in 210 and then you can apply… don’t love that they are changing the rules after they have been admitted.

Direct admission as a CS major is important.

Yes, with AP classes he can go in as a strong Sophmore and we are on the same page - a Masters in Computer Science even though they do offer a joint STEM/MBA degree at U of A.

If he’s got a 5- year scholarship, he can take as many advanced courses as he can completing his Master’s degree (even if theyre even more advanced), complete internships, participate in research projects, go on to conferences to present his research, participate in Hackathons regardless of where in the country they take place… lots of flexibility. And due to the “red carpet”, you can be sure UA will try their best to help him reach his goals. Much better than being a run-off-the-mill student at UNC, treated as “random undergrad” for 1 year till he’s demonstrated he’s worthy of their major…

In fact it sounds like he’d have enough credits for study abroad – if you choose the right university, it’s a mind broadening experience that teaches flexibility because you end up in situations to have to work out without your usual baseline, realize assumptions you didn’t know you had, work with people who are very different from yourself… all excellent for any profession) AND you should be able to pay for study abroad - email UA Study Abroad and ask whether they’d recognize a visiting program with (say) Imperial if they don’t offer one… and what they DO offer for CS/CSE majors.

It really sounds like UNC is playing games with their CS admissions. It sounds like Alabama may be the best choice. If there’s a possibility that he won’t get the major he wants, there isn’t much point in the prestige of UNC. CS is ridiculously employable, so I promise he’ll be fine at Alabama.

This may or not matter to you, but COL in CH is getting out of hand. We bought our house a year ago, 2 days ago the exact same model, same subdivision is selling for $80k more!! Places close to campus are renting for $1000/month per bedroom!
I absolutely adore living in CH and love the campus, my youngest bleeds Carolina Blue! But while tuition is more than reasonable, COL could become a factor. I think w/ Apple coming, it’s only going to get worse.

Seems like UNC-CH CS department is a little late in the game in trying to figure out how to keep CS major enrollment within departmental capacity. If they limit access to the CS major by whether students can get into limited-enrollment introductory courses, then that can be like a lottery.

Another vote for Alabama. Even if CS was guaranteed at UNC, in my mind, a MS in CS from Alabama is more valuable than a BS in CS from UNC. Getting it for free is the cherry on the cake.

I appreciate everyone’s input. Several of the comments confirmed what I was feeling and he decided tonight to commit to Alabama. Roll Tide! (As a Big 12 grad and an ACC supporter I can’t believe these words are coming out of my mouth!! The things we do and say for our kids.

Your son made the right choice (saying this as a former UNC parent). Why be a guinea pig for an as yet undefined re-vamping of a department, when he can be treated like a king at Alabama (and go for free).

Aside from the Morehead Cain Scholars, the general attitude from UNC has typically been more of a “You’re lucky you got in” vs. “We’re very excited to have you here”. With my younger D going through the process this year, we are adding more weight to colleges that show excitement and make attempts to “woo” her into accepting admission. Go where you’re truly wanted!

I can also attest to the off-campus living at UNC being sky high (even 4 years ago when my oldest was there). I keep telling my husband that paying OOS for my younger D won’t end up being that much more than what we paid in-state at UNC when taking into account the cost of off-campus living, parking, eating, etc.