I realize this information could be obtained by looking at each school’s website but love the crowdsourcing and this forum! (and I am a bit lazy)
My son is a high school junior, strong academics and 1540 SAT (800 math). He loves CS and is mostly self taught at this point. He does not love english or languages, and is not a fan of writing, although realizes that he needs to be able to read and write well for work and life.
He is fun loving, an extrovert, wants to travel, etc. He is looking for a small-(ish) school with fun elective/travel options, a strong CS major, and the ability to choose his own adventure in terms of the core liberal arts requirement; meaning he ideally wants to eliminate schools with a hefty non-STEM pre-prescribed curriculum.
Experts, what comes to mind to add or subtract from the list? He is open to any geographic location, but we live on the west coast. Thanks all. I have learned so much here.

Of course, you also have to consider the CS offerings at each school, plus basic limitations like budget.

For strong CS departments and the flexibility to choose classes almost entirely within areas such as computer science and math, your son may want to research Amherst, Hamilton and Brown. Desired courses in humanities and fine arts and social sciences also may be chosen as electives at these schools, of course. Note that writing tends to be emphasized throughout the curricula at all of them (https://www.usnews.com/best-colleges/rankings/writing-programs). However, some formal writing requirements may be met with courses in topics such as linear algebra, at least in Hamilton’s case. To mention the obvious, all three of these schools post very low acceptance rates.

For broader research, this site may be helpful: 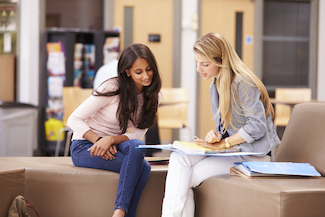 It helps to figure out what smallish is. Urban, suburban, rural? Etc.

I think he is open to any location but-so far- seems to like schools with under 10,000 undergrads. We haven’t toured too much yet; much to learn. thank you for the suggestions!

I see Pomona on your list- do you know much about Mudd vs Pomona? Mudd seems like the choice for a CS kid with options to take classes at the other Claremonts if time/desire allows… but maybe I am missing something.

I see Pomona on your list- do you know much about Mudd vs Pomona? Mudd seems like the choice for a CS kid with options to take classes at the other Claremonts if time/desire allows… but maybe I am missing something.

Am I reading the HMC core requirements incorrectly? As I read them, almost all are STEM, which he will be thrilled about/ likely overlap w/CS requirements. Please correct me if I am wrong, and thanks again, ucbalumnus!

Don’t ignore the 11 course humanities, social sciences, and arts requirement. The 11 courses includes a distribution across 5 subjects, and a 4 course concentration (including courses beyond the introductory level) in one of the subjects.

HMC has heavy STEM and humanities core. It’s STEM core is also very prescribed, you take very specific classes your first 2 years. S22 probably prefers Pomona to HMC for that reason even though he is a math kid.

No expert here but on similar threads I’ve seen Grinnell a lot.

Brown is great for CS and does not have gen eds, nor does Amherst. Freedom in choosing courses but intense advising at Brown. Amherst also has a “free curriculum.” I don’t know anything about their CS.

@momoftheyear
Schools that have core curriculums (meaning everyone takes the same required courses) like Columbia and Chicago are on one end of the spectrum and schools that have no – or minimal requirements – like Amherst, Hamilton and Brown are on the other end. There are just a handful of schools in each of these two categories.

Most have distribution or degree requirements which require students to take a few (usually 2 or 3) courses in different categories of disciplines. Most have three categories – roughly arts/language, social studies, math/science, though some get more elaborate.

Several of the schools mentioned in this thread have distribution requirements, e.g., Pomona, Wesleyan, Haverford, Carleton, Macalester, Grinnell. Each school’s system is a bit different from the others (Grinnell counts credits not courses), but I believe the intention is much the same: breadth of knowledge is encouraged.

Note that, the last I checked, Grinnell has distribution requirements only in a minimal, de facto sense. That is, it permits a student to take up to a certain amount of courses in any one department or division, but allows virtually unrestricted course selection otherwise. Compared to other colleges, Grinnell seems to be only one notch less flexible than schools such Amherst, Hamilton and Brown. With respect to CS, Grinnell offers an excellent program.

To be clear, I’m a great fan of Grinnell and I’m in favor of distribution requirements (though not so much core curriculums). To me, overspecialization at age 17/18 negates the opportunity offered by broad liberal arts education. It’s great to study “what you love” but sometimes you don’t know what you love until you study it.

My understanding of Wesleyan’s Gen Ed requirements are that they only require two courses in each of three broad academic divisions (STEM; social and behavioral sciences; and humanities plus arts) and they are loosely enforced in the sense that the only consequence for not fulfilling them is that you can’t graduate with honors.

Why go to a liberal arts school if you aren’t interested in a liberal arts curriculum? There are plenty of CS program with very few other class requirements. My son is doing a combined computer engineering and CS major at Northeastern. He tested out of some of the distribution requirements (NU Path) with AP scores and has pretty much only taken courses related to his major.

Although it hasn’t been explicitly stated, the OP’s son may, along with computer science, be interested in core liberal arts disciplines such as math, physics/astronomy, chemistry and geosciences.