The ten vehicles with the highest markups over MSRP: 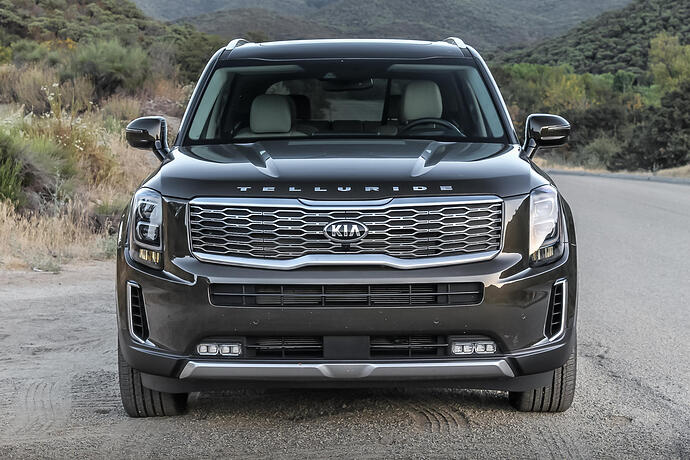 While mechanics tend to have a bad reputation for ripping people off when repairing vehicles, it's often the case that the dealership has shafted the car buyer first. We've covered countless stories on various dealers that have raised the prices of...

In February I had been thinking about replacing my car as it’s just me and it feels too big to me (2017 Toyota Corolla very low miles) - requested a buy quote from Carvana - in Feb it was just shy of $11k. I changed my mind, deciding I’d do as I always do and just drive the car until its last days. In Aug Carvana wrote me that “my car” is in high demand and the new quote for them to buy it was $16k. That’s quite a jump. But I still said no, because then I’m stuck looking for something during these goofy car buying days.

What a muddled up world we live in right now!

In February I had been thinking about replacing my car as it’s just me and it feels too big to me (2017 Toyota Corolla very low miles) - requested a buy quote from Carvana - in Feb it was just shy of $11k. I changed my mind, deciding I’d do as I always do and just drive the car until its last days. In Aug Carvana wrote me that “my car” is in high demand and the new quote for them to buy it was $16k. That’s quite a jump. But I still said no, because then I’m stuck looking for something during these goofy car buying days.

Also, many cars smaller than the Corolla have been discontinued in the US since 2017.

Stick with the Corolla. You will not be able to find a better car of that same size. Anything smaller will feel like a tin can…

I have a two week old new Toyota Rav4 in the driveway. Never in my life did I expect to buy a new vehicle. In July, seeing nothing on CL, I went into the Toyota dealer and asked about hybrid RAV4 purchase, ideally used. He explained that used were at a premium, and I could buy a 2018 with 30,000 miles and approximately 30 mpg. Or order a new one for about the same price and get 41 mpg, to arrive mid September. He had only black coming in. As a former Arizonan, I don’t buy black vehicles. After checking out Honda CRVs, which had slightly better availability as a hybrid, I returned to Toyota, as they required no money down and the ability to decline the purchase. They found one lighter color vehicle, and I ordered. It finally came in second week in October.

My sales rep stated that Toyota sticks to MRSP, and vehicles ordered now won’t come in till late Feb or March. He said there are odd shortages holding up car builds in Japan, seat foam for example. Mine was late partially due to a lack of drivers for the trucks to bring vehicles north from the end of the rail line in Chicago. The environmentalist in me is irritated that they don’t ship cars further north by train as well, and avoid wearing out the highways.

Meanwhile I thought my used Honda Fit would be a hot item, and I listed it on CL after receiving a bid from CarMax. Though it is manual transmission, I thought I’d have a bit more interest, being relatively low mileage. A few looked at it, but I ended up selling to Carmax.

We’ve gotten several calls from Toyota asking if we’re interested in selling our hybrid Highlander. I don’t think it’s due to interest/high demand. I think they just want us to buy a new car. Nope.

I’ve gotten postcards and emails asking if I want to sell my Prius prime hybrid back to Toyota too. Nope—absolutely no interest.

I bought a new Toyota Venza in June. I live in the L.A. area and couldn’t find one available to even test drive for quite some time. I gave my name to several dealers to contact me when they got one in my preferred color and trim in stock. The first dealer who called me was the one I ended up buying it from. They initially asked for $10,000 over MSRP, but I talked them down to about $4,000 over. I was pretty ready for a new car–my previous car (Toyota Camry) was 18 years old and while still driveable was not very reliable any more. I was glad I went ahead and bought the car I really wanted because it seems like the supply issue has only gotten worse in the last few months.

My sales rep stated that Toyota sticks to MRSP 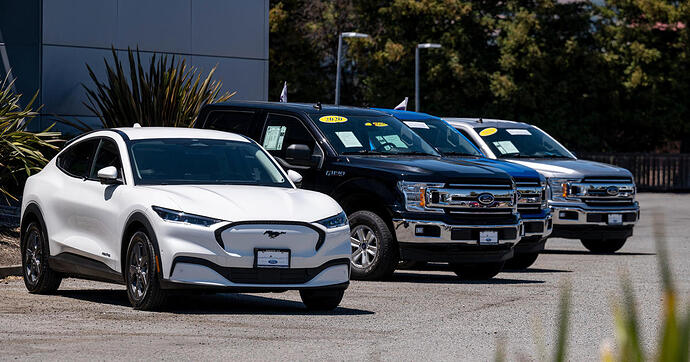 Prices for new cars in the U.S. have set records for four months in a row and are now 8% higher than a year ago.

I feel very fortunate. I had no choice of trim line or options, which worked out just fine.

Looking back, our S is very happy that he purchased his (first) new car last June. He wanted new, small-ish, with lots of safety features. At the time, there was inventory with the options he wanted. He selected a BMW 430i with heads-up display, active cruise control, navigation, driver assistance package (360 degree cameras, self parking, auto braking). He recently accompanied a friend who is the new car market and inventory is much tighter especially for models with lots of the safety features.

Looks like the processor shortages are impacting options that rely on compute power.

I got my car in Dec 2018 and was happy enough to pay close to MSRP and get the color I wanted. H’s car is ancient 1998 volvo that is hard to get properly serviced. Since we don’t put on a lot of mileage it’s ok for us to have this combo for now but one day, hopefully h will get a new or newer car.

Any experience with a new Honda CRV? Are they asking over the MSRP? Availability?

The Honda CR-V is out of stock at most dealers. Used may be available, but used car prices are very high.

Call a local dealer & ask if they have any new (2021 or 2022 model year) CR-Vs in stock. Also ask if they are charging a premium above MSRP. Doubtful that any dealers will sell below full MSRP due to scarcity of supply coupled with high demand.

Honda Pilot & Honda Passport (smaller version of the Pilot) can be found for sale at MSRP, but your area may be different regarding both supply & price.

This thread is making me feel a LOT better about the price my kid paid for a top of the line Crosstrek 2018 with 17,000 miles on it…just off lease. We thought the price was high…but the same (unavailable) model would have been $7000 or more if he even could have found a new one…and he couldn’t even find a new base model.

I have a Subaru Ascent and I love it if you have any questions.

I moved across an ocean in August. I sold my 2016 RAV4 hybrid at my old location back to the dealership from which I bought it. The used car manager, who had all of 1 car on the lot available for sale, offered me a reasonable price. I said I wanted more and he basically asked what I wanted for it and gave me the price I named. I could have probably asked for more.

I had put a deposit on a new RAV4 hybrid at my new location about 6 weeks earlier. Toyota USA’s website has a feature where you can search for inventory. It gives you the VIN number, with the price and features and when the vehicle will be available. My mistake was going into the dealership rather than contacting them by email or phone. I had the VIN of the vehicle I wanted and still got a runaround and an inflated price. At least I got the vehicle I wanted, when I wanted it. Today, their inventory shows no vehicles in the model and color I wanted.

My dad recently bought a a used 2020 pickup truck with 4k miles. I believe it cost $35,000. Seems crazy to me, but I think that’s about in line with what trucks cost these days (especially with the low milerage).

I bought my 2016 Ford Escape in 2017 with 8k miles on it for $18k which was way under valued. I could have walked out and traded it in elsewhere for more than I paid. I recently looked up the trade in value for my car with its features and current 60k mileage and it came in at $17k. I’m not sure if that’s the current overinflated trade in price or if that’s the actual normal trade in price at this moment.