Chance Me: First year student from Houston aiming for a top biomedical engineering school for premed

Your title says “first year student from Houston.” Are you saying you are first generation or that you are applying to be a freshman in college?

My cousin lives within a 10-minute walk of JHU’s main campus in Baltimore so living expenses will be minimal. My parents can afford the tuition if I live with my cousin. My parents are more than happy to pay for it, although I’m not sure yet if I would ask them for that.

Applying to be a freshman in college.

I am planning to visit some schools in early November, but I am not sure which ones yet.

My cousin lives within a 10-minute walk of JHU’s main campus in Baltimore so living expenses will be minimal. My parents can afford the tuition if I live with my cousin.

JHU requires every student to live on campus for two years. You would have to apply for an exception to live at your cousin’s home.

There is a two-year residency requirement for all new students attending Johns Hopkins University. This policy requires that first and second-year students reside in university housing or at home with a parent or legal guardian. If you are interested in pursuing a commuter exemption please contact us at housing@jhu.edu for more information.

Welcome to University Housing, where we believe that through community living, students can develop important personal, social and interpersonal skills.

Getting into medical school as a BME major is about the hardest path anyone can take to an MD. Mainly because engineering courses are generally graded on a curve. So very few students get As in each class.

Take a look at the AAMCAS data reported in the link below. As an Indian, you’re among the most over-represented in those applying to med school. You’ll need a GPA of >3.7 and MCAT of > 514 to stand a decent chance. Even students with those stats routinely get rejected across the board. 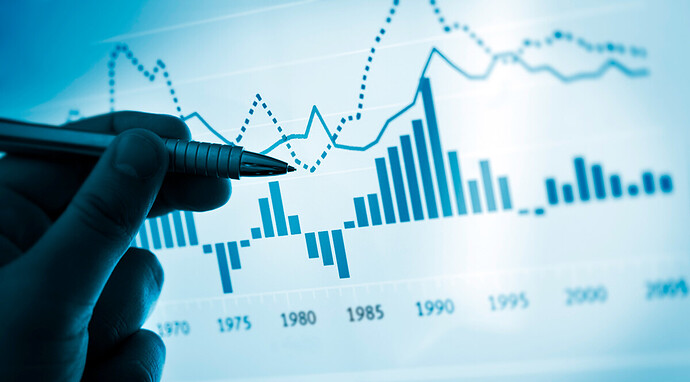 So going to a top notch place like JHU with a BME program and getting a 3.5 won’t cut it. You’re much better off going to a small liberal arts college where you can stand out and be at the top of the class. It doesn’t matter what you major in. The adcoms in med school generally don’t take into account the difficulty of your major. A smaller, lower ranked college will probably give you a lot of merit aid and keep costs low.

Medical schools seek diversity. Not only in terms of race, but also from undergrad institutions that are represented. If you end up matriculating at a Texas medical school know that probably 1/3 to 1/2 of your class will be from A&M or UT. So going to a smaller less well known college will actually help you stand out.

Of all the students I know who started as pre-med at JHU, only one has actually gone on to med school (Biochem major; graduated summa; got into exactly one med school- UMd)*. All but one of the others veered off into PhDs- and not one of them has any regrets! they started doing research, got excited by what they were doing, and are loving what they are doing.

JHU is great- but you will be able to do research at many, many places. Really put the money question first. Re: prestige- tell your parents that the first cut is done on numbers: GPA & MCAT. They don’t even know the name of your university at that point.

*Ironically the other JHU student that I know who got into med school started as IR! go figure.

Not disagreeing with what you say but according to this third party article JHU places many in med school.

But I do agree money first. And avoid debt the best one can. And JHU doesn’t fit OPs stated goals. 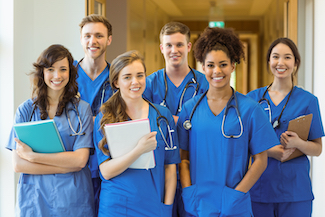 College Transitions presents the colleges that serve as the top feeders to medical school. This is a must-view for future MD candidates.

Absolutely true, @tsbna44- JHU does place a lot of students in med school! that’s why (as @skieurope keeps reminding us) ‘the plural of anecdote is not data’!

The general view is that (at every college / university) the majority of pre-meds do not actually end up at med school- indeed, don’t even end up applying to med school. I was thinking more of particular students i know who started out as pre-med & switched to a research/PhD focus, not b/c they didn’t get in, but b/c as their interests evolved their goal changed. This student might be a student who makes the same call at some point.

@metro29 Please share the post from @sgopal2 with your parents. Including the stats for the med schools. My niece majored in psychology, great GPA and MCAT scores, great EC’s, went to a well known private school in the South. Only one admission to the in-state med school. Rejected from all the “prestigious” med schools. And this was ten years ago. It has only gotten even more competitive for students of Indian origin. The BME → med school path is poorly thought out, as stratospheric GPA’s are hard to maintain in an engineering program (hence the reason my niece picked psychology).

I wouldn’t dismiss the idea of biomedical engineering yet, despite OP’s interest in going to medical school. Would it be a far more difficult major than psychology? Yes. Does it mean that it’s out of the picture, no.

OP, if you decide not to go to medical school (whether you change your mind or do not receive an acceptance), what is it that you would like to do? Also, what is it about being a doctor that interests you? Knowing those answers can help figure out what you might want to major in, especially if your family expects you to be able to support yourself financially if you are not in school.

Going to a school like UAB that offers biomedical engineering but lots of other health-related options might be a good fit for OP. He can do the desired research and observations, and although there are many strong students there, they won’t all be students from the 98th percentile or above unlike some other places, like Johns Hopkins.

when he gets to medical school his level of financial indebtedness will be a few hundred thousand ahead at UAB vs Hopkins!!

And that should not be dismissed. UAB is an excellent @AustenNut recommendation.

Have you visited Hopkins?

Just wanted to add a few other schools that OP might want to consider. They’re all ABET-accredited for biomedical engineering, would be in some great locations for observations and research or internships, and I think that he would stand a very good chance at excellent merit aid. You could easily go to med school from any one of these schools.

You can try U. Pitt as well, but they’ve become stingier with merit aid and are becoming more competitive lately (if you don’t apply early you could be shut out if they’ve already filled your major, no matter how high your stats).

If you get into JHU, likely get no money, and their COA is over $80k and that’s without inflation….how does that put you in the zone to meet your goal in the first message ?

OP didn’t say he wouldn’t qualify for need based aid at JHU and JHU meets full need (thank you Michael Bloomberg). If the parents have some money saved he might not get a full grant but could get some to make up the different.

OP implies in his first message that they are likely full pay or close to it. That said, his family should run the NPC to see as many schools are allegedly generous to even those with high incomes.

You need to take the emotion out of the equation…if possible. Going to a top school is great on paper but guess what…those $$ have to be paid and your parents, behind the scenes, will feel it emotionally each and every time they pay and could potentially become over stressed those last few years.

Why would you say to take the emotion out of it and then proceed to lay a guilt trip on the OP?

I know a ton of parents who have set aside money for college and will happily spend it however their child wishes - whether that’s an expensive undergrad or a cheaper undergrad leaving some left over for graduate studies - which is what the OP actually said in their OP. There’s nothing to indicate the parents will be stressed to pay for any undergraduate school.

The OP has a sensible plan to seek out less expensive options to save some money for medical school - as a Texas resident he’s already in a whole lot better shape with no help from his parents for med school as Texas schools are cheap.

OP - there have been a ton of schools thrown around - honestly with good, cheap instate safeties - it really comes down to what if anything you’re looking for that you can’t find in Texas - whether that’s size of school, geography, etc.

Don’t underestimate the time consuming aspects of a long school list - especially if you’re chasing merit as those apps often require additional work. And if you’re also applying to BS/MD programs those always require additional work - so really narrowing down what would be interesting and where it makes sense to stretch either geographically and/or financially. Good luck to you!

It’s not a guilt trip. It’s a reality of life. Parents have a hard time saying no.

How many say yes, and that’s great fir a year or two and then they run out of $$. My friend in college - her family moved into a trailer to pay for Syracuse. Two years later - couldn’t afford it. Ended up at Montana and btw she’s still in the chosen field (journalism) and I am not…after chasing school name/pedigree in the field. So going to x school is no guarantee.

We’re in a time of market volatility. Many are banking on funds that may or may not be there tomorrow. We also have inflation and college over the next few years will likely cost more than today. See Elon and u of Arizona as two recent ‘boosters’.

You are entitled to your opinion. I’m not questioning it.

When OP put an amount up top, I take it as the parents’ limit.

When someone says but for the right school, they’ll figure it out …that gives me pause.

So your perspective is yours and I appreciate it. But mine is mine.

Ps - the next time I’ll look / see where my doctor goes to school will be the first. Where do I look ? The insurance website to see if they are in network. And guess what…most of them aren’t making the big bucks.

So if OP has a long term plan, which he stated, I’m going to caution to think long term.

Sounds like an easy decision. Go to A&M. It’s affordable and it saves you money for medical school. If you choose not to do medicine, it’s still affordable and there are a ton of other majors to choose from…basically you can’t go wrong.