Chance Me for Brown ED

Intended Major: Linguistics, Francophone Studies for those who don’t offer it

Notes of interest: I took two languages (Spanish and French) and didn’t take Physics (hope that isn’t a big deal)

AP French teacher and Honors French teacher - combined letter from both of them, they’re both family friends and I’ve known them for years before HS. I had a great relationship w/ them and I think it will be good - 9/10

AP Chem teacher - I had a good relationship with her but nothing special. I just needed a STEM letter but I hope it’s good enough - 6/10

CommonApp Essay - I have a really good feeling about this one. I think I told a unique story about my interests and how my family background led me to find my passions.

For context, had you applied to colleges last year when this topic was current: Chance Me: Hispanic, Linguistics Major?

I think you can figure it out. Brown, Yale and Amherst will be tough. But why not you? Great record. BC is not a slam dunk but I can see it. Why Case for that major ?

You’ll be fine with this list. I’ve read from others UMASS is strong in the major.

Congratulations on your achievements. I suspect you will be a very competitive candidate at every school you apply to.
You will have a better-than-average shot at Brown. Brown’s overall acceptance rate is below 8%. So NOBODY has a 50%+ chance. But your chances are definitely better than 8%, especially early decision.

Your list is pretty balanced… A school like U Rochester is a pretty good match. U Mass Amherst is pretty much a “likely.” 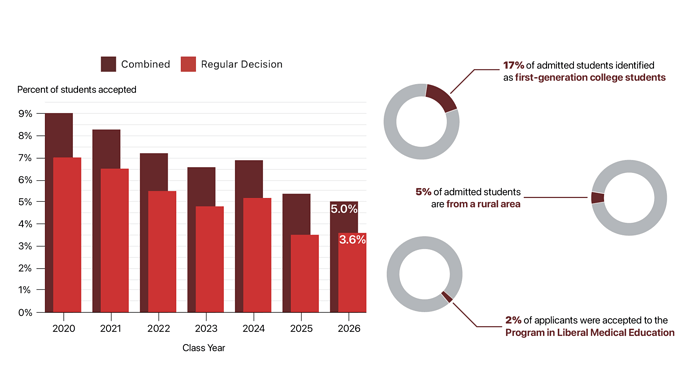 The University extended offers of admission to 1,651 applicants tonight, resulting in an overall acceptance rate of 5% this year, Dean of Admission Logan Powell wrote in an email to The Herald.

The ED acceptance rate is not representative of what an unhooked applicant will experience although the odds will be some what higher than the 3.5% RD rate.

Good luck once again (you posted last December). Have you now moved to RI from CT? You are a competitive candidate your essays and LOR will matter.