This is my first time posting here. My son is in the class of 2024 with dreams to play D1 or D3 soccer. His goal - likely the same for many players out there - is to go to a school with top notch academics and a great soccer program. He plays for a MLS Next team and has a Top Drawer Soccer rating. He has not started attending any camps or emailing coaches, but plans to do so this summer.

I have some questions regarding the academic and soccer recruiting process:

I’d love to get the perspective of those who have been through the process and those who are currently going through it. What is your advice for us newbies?

Between junior and senior year is when D3 schools are finalizing recruits. Ivy is much earlier - hence my post asking about current 25’s and 24’s being offered.

This is the season that he needs to be communicating with coaches. An introductory email with club and school coach info (immediately) Club schedule. Whatever film you have. Then follow up emails every time he’s going to a tournament with the schedule. If he has a school preference go to those camps. Other than that camps vary a lot there are a few around us that are known to be better than other.

If you trust his coach a serious conversation about where they think he can play.

Take a look through the “pinned” thread at the top of this Board on “Recruiting wisdom” – several of the posters were soccer families going through D1 and D3 recruiting. Not much has changed over the past few years, apart from the roster clumping from covid, so the timing, process is still similar. There are also several experienced posters who went through high level academic/athletic D3 recruiting in the past few years, including @cinnamon1212, so look for their threads.

Soccer isn’t my sport so I’ll leave the sport specific advice to the wise soccer folks here (and, as mentioned above, definitely look at past threads).

As for the more general questions:

A C is not a disqualifier at Ivies, especially if a clear outlier in an otherwise solid academic record. Non athletes are admitted with Cs too.

I wouldn’t worry too much about ECs. For recruited athletes at Ivies the sport is a major and probably sufficient EC. Wouldn’t hurt to have a few other non time consuming things to throw on the app, honor society, a few minor volunteering gigs, or hobby type of activities. But I don’t think it’s really necessary. Of course, if recruiting doesn’t work out, the importance of the sport shrinks significantly and the opportunity cost becomes pretty apparent. But there’s really not much choice. There are only so many hours in the day.

As for APs, I would just focus on a reasonably rigorous schedule and you’ll be fine for Ivies. They aren’t counting AP classes and it isn’t necessary to take all the APs available but avoiding all the tough classes probably isn’t the best approach either. But I don’t know why a student who takes that approach would want to go to an Ivy school anyway. Taking regular calc instead of AP calc, for example, isn’t much of an issue if the schedule shows strength in other areas.

Thank you! I thought NCAA rules prevented coaches from reaching out till Jun 15th. Surprised you mention that are already 25s and 24s being offered…

Thank you! I’ll read the thread you mentioned!

Thank you! This is very helpful! I’m somewhat concerned that his ECs are all soccer/sports focused. You give me hope that he doesn’t need to pile up on too many things. Also great to hear that his C won’t be a road blocker for him!

I do think girls go earlier than boys because coaches assume girls are “mature” by end of freshman year. That being said you cannot wait to start the recruiting process. You aren’t behind now but you will be behind if you wait. Coaches not being able to pick up the phone and call you has nothing to do with anything. The rule is kind of silly

They will just tell your coach to tell you to call them at an exact time. They can answer the phone and surprise it’s your kid there is no rule against talking to the kid and no rule against making an offer.

For boys what I’ve seen is that right now the last of the 23s are commiting (not d3 that’s later). But they’ve been in the process for over a year. Coaches don’t start looking when they can call you directly. Theyve been looking at you for a year or more. By the time they can call you they’ve made decisions.

Again if he’s seriously interested in a few schools look up those camps and register now. Camps will fill up and registration is now.

I’ve coached several players that went on to collegiate careers, including one that played for a residential MLS development team. No matter how good your student is, make sure their TOP priority is academics. VERY FEW play at the next level. Also be aware that money is thin. D3 students get no athletic support and D1 teams get 9.9 scholarships to spread around.

Between junior and senior year is when D3 schools are finalizing recruits.

Yes. True. People talk so heavily about nescac here that’s all I ever think about. Although the ca d3 schools seemed to be on the same schedule for the 2022 kids I know.

You are asking a lot of questions that may vary - at least to some degree - between schools. Your son should assemble a long list of schools of interest. If in doubt, he should include the school in the list. Then start emailing coaches. Once the process moves along you can ask coaches the questions about APs and the C.

Look, this process is so much work that I don’t think contacting a coach too frequently is going to happen. If you are looking for guidelines, I’d say, sophomore year every 3-4 weeks is good, although with some coaches the frequency will increase organically. The frequency should increase through the junior year and the beginning of senior year.

As noted by others, don’t worry about ECs. Colleges are pretty savvy about distinguishing between breadth and depth of ECs. Just playing soccer is a pretty hefty EC. If you want, have your son think about the soccer related activities in which he has participated, such as helping out with a special olympics or coaching soccer to young kids. Those can broaden the ECS a bit for the application.

The NCAA doesn’t restrict it. In some sports, the coaches have agreed to it, and in some conferences there are rules against it. However, it is not against rules for the athlete to reach out to the coaches, or for hs or club coaches to communicate with college coaches.

I always recommend THE ATHLETIC SCHOLARSHIP PLAYBOOK which is the best, most concise explanation of the recruiting process (no matter the level, and even if you aren’t looking for a scholarship).

A tremendous resource, that’s new, is a series of interviews with d3 coaches on YouTube. Once there’s a school your son is interested in, I strongly suggest watching that coach’s interview (assuming s/he is intervied). They always get into the specifics of recruiting, what the coach is looking for, etc. 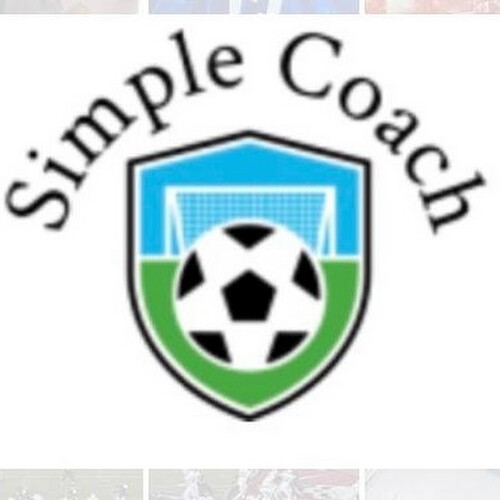 Discussion and videos of the things that intrigue me in the world of Division III Soccer. From game breakdowns and observations there is nothing I won't delve in to, so long as it is of interest to me. I do however, take ideas for shows ... just...

Have you already had a talk with your son’s coach about what level he should target?

Also, consider your son’s goal: is it to be on the best possible team, even though he might never play? Or be an impact player? A thing to consider, which never seems to be discussed during recruiting, is that college teams make cuts! Of recruited players. Probably 3-4 players leave the team each year, voluntarily, or otherwise. (My own view is it’s better to be an impact player, but there isn’t one best way to do recruiting).

Good luck, and (try to) enjoy the process!

How can an offer be extended before 6/15 of their sophomore year if they can’t have a recruiting conversation with someone before that date?

They can have many recruiting conversations before that. There is no rule against conversations. The rule is very technical and therefore useless. The rule is that a coach cannot pick up the phone and call the player. The college coach simply tells the highschool/club coach “have player x call me at 1pm on Tuesday”. College coach then answers the phone at 1pm on Tuesday and has a recruiting conversation with player x. Totally within the rules.