Didn't see it, but massive increases in apps to most UCs for class of 2025

Question for @Gumbymom : Haven’t been here in awhile, but are we allowed to link using html code now?

Wow. Privates in California haven’t disclosed yet? Stanford won’t do it but I wonder about the other ultra selective ones, Caltech, Claremont colleges and USC come to mind. 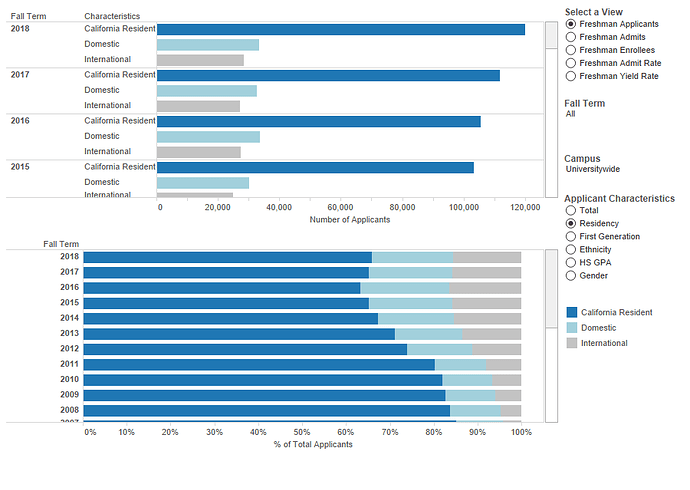 looks like admissions were also up more than 10% systemwide.

Wow only 60% in state admits for several of my S’ UC app schools. I wasn’t aware that the caps were as high as 40%.

@NCalRent I clicked on the graph you posted (kinda cool!) and it looked like 2020 admissions numbers were lower than 2019.

I’m guessing major schools in CA that are normally prestigious will get increased in apps with test optional.

I’m happy that kids can apply test optional but every time I see increased app number news, I feel like rolling up in a ball since it’s now a lottery more than ever and do they still stick with the traditional GPA admit stats or how much different will the criteria on GPA with so many applying. And then there’s are the kids with solid test scores that are test blind for UC. Womp womp, which is my son’s saying every time he hears the high app numbers and he knows his ACT score is a little useless at UC.

“It’s now a lottery more than ever”

Test optional would have been better than test blind. Essentially test blind says you don’t evaluate based on the whole resume. As other threads have established a 4.0 GPA means different things at different schools. This year is a lottery.

Nevermind. I just couldn’t see the filter on the right side on my phone! 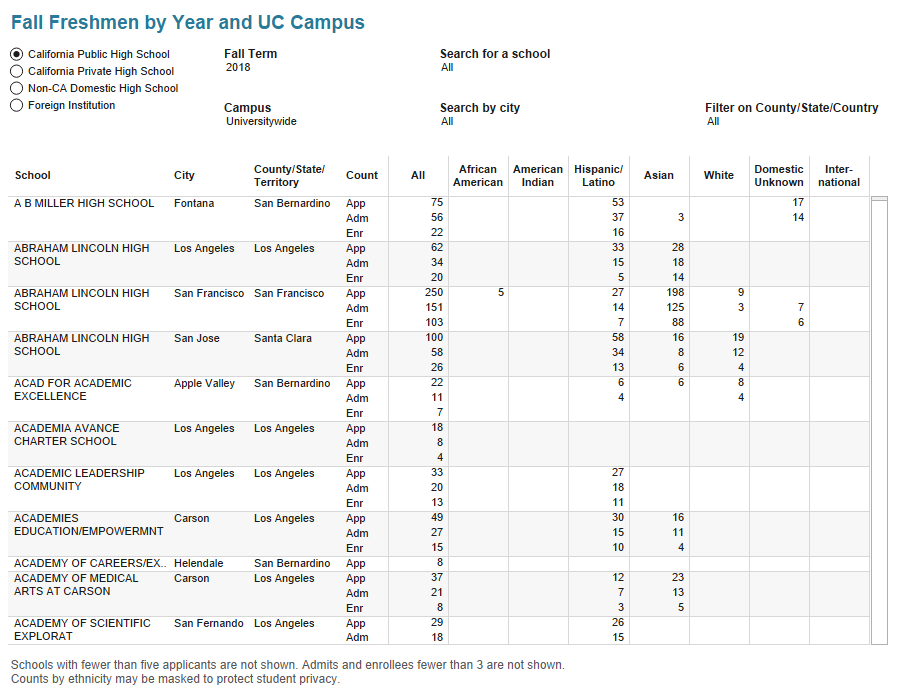 A more granularity about GPA and source school - for freshmen and transfers I thought you might find useful. (via the tabs across the top and radio buttons upper left).

Things are hard to predict this year but, I beg to differ on the lottery analogy - UCLA, this year’s most selective UC had a 14% admit rate. Yes very selective but, nowhere near the typical many-millions to one. The applicants qualifications matter for UC while they don’t for lottery ticket buyers and the prize (college admission) isn’t anything like the instant life changing wealth a lottery winner enjoys.

It’s definitely not a perfect analogy. My point is that there are fewer data points being considered this year and there are many more applications. Tens of thousands of equally qualified applicants and just a small percentage will be selected. That’s always true but it’s more true this year.

Thanks. His school is very small so data is limited.

Looks like applications were also up more than 10% systemwide.

This appears to correspond with increases to college applications nationally: The University of Pennsylvania received 55,992 applications, a 34% increase from the year before. Haverford College was up 16%, Princeton 15%, Swarthmore 12% and Villanova 10%. Harvard rose 42%.

curiously, despite delaying their ap deadline, CSU applications were actually down. 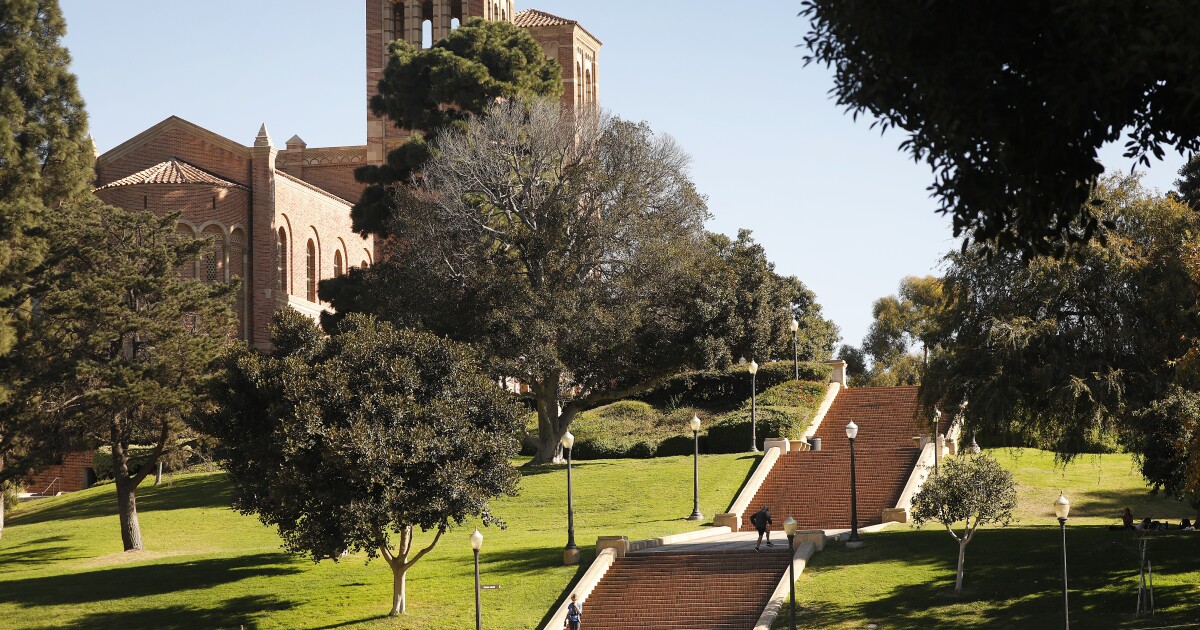 I haven’t found CSU data to be as easily accessible as the UC Info-center.

The admissions people know that a 4.0 GPA means different things at different schools and they are familiar with almost all of the schools, in CA especially.

only 60% in state admits for several of my S’ UC app schools. I wasn’t aware that the caps were as high as 40%.

curiously, despite delaying their ap deadline, CSU applications were actually down.

Also, added to what UCB stated, California mandates in-state enrollment targets for each of the UCs related to funding it receives from the state – generally the difference between full and resident tuition (fees) – and it’s up to each UC to reach that enrollment figure. For instance, for UCLA and UCB, the target enrollments for those resident of CA for each would typically be from 4.1 to 4.8k. Since both enroll from ~ 6.0-6.5k freshmen, the difference is made up by OOS and Int’l students. Both could cap enrollment essentially at the 4.1-4.8k figure, but both essentially need non-resident enrollment to meet costs. In other words, the state isn’t footing the total bill.

Here’s a correction since I contradicted myself yesterday. I said that the state doesn’t come close to funding the cost of educating CA residents at the UCs, but yet I stated that it funds the difference between fees, ~ $15k/year and full tuition, ~ $50k/year. Obviously the state of California doesn’t fund that full amount because they figure that cost is somewhere between these two figures, say, $30k/year. But the $50k that non-residents pay could still be considered cost, because each of the UCs uses this full amount to makeup for shortfalls from the state.

For instance, both U.C.L.A. and U.C.B. are situated in high COL areas. Both have the highest tier faculty salaries among publics, and are top-10 to top-15 of all colleges, including the elites. (A college like Duke doesn’t really have to worry about high COL with respect to its faculty.) So both have to pay top-dollar to them; and both will have to continue to grow their endowments to get their student/faculty figures into a better more amenable ratio. For instance, U.C.L.A. is currently hiring 100 additional E-faculty.