Son just got into Temple Honors College, and it is one of his top choices. We have only visited in the day time and are from out of state.

This is NOT a question about safety, per se. We live in a city, son goes to school with metal detectors, etc., so I am confident in his ability to navigate the neighborhood wisely. However, a parent at a different college in a questionable neighborhood in another city advised me to look into activity on the campus after about 6 or 7 pm. She said that at her kid’s school, people don’t want to work there or in the vicinity at night, so lots of things like coffee shops, campus pubs, etc. shut down. She wishes there were more for her kid to do for fun on and near campus in the evenings. What is the night time vibe long on and around Temple’s campus? Is there much going on? Son is not into big parties. He is more of a geek, but does like to do lots of things besides study.

What are his other options ?

North Philly is a tough neighborhood without metal detectors.

The crime rates in Temple’s neighborhood seem similar to other Philly and big city schools. One of my friends that’s a junior there said that the party scene at Temple is the same as any at a large state school (pretty apparent), but you can ignore it if you want. He said that Temple’s campus is pretty normal in terms of the city, and there’s a ton of stuff to do there. Temple also has a ton of partner vendors, which makes it seem as though the neighborhood isn’t deterring business.

@Publisher - He hasn’t heard from all the schools he has applied to yet, but is very interested in Temple, DePaul and SUNY-Albany. His dad is pushing him to University of Minnesota Twin Cities, which gave him a good chunk of money and has lots of languages, one thing son is interested in.

I made the metal detectors comment only to indicate that he goes to a high school with a reputation of being rough and is pretty street smart. I am not really asking about the safety of the area, which I am fairly comfortable with after researching it, but more about whether the perception of neighborhood safety curtails activity and commerce in the evenings in the area immediately surrounding Temple.

With respect to the University of Minnesota–Twin Cities = lots of internship & job opportunities. Minneapolis has a very strong economy.

And, yes, I understood your metal detector comment & the primary question asked.

Unfortunately, I have not been to North Philly in a long time so I offered the best response that I could in order to give your thread some traction (since you had not received any response during the first four hours after posting).

@Publisher - Thanks! Oldest kid is in school in St Paul, and we have gotten to love the Twin Cities. UMN is a very strong school, which is why husband is pushing my son to consider it. For whatever reason, he hasn’t been that interested.

I live in North Philly! There is a lot to do in this part of the city as it’s really close to the downtown area/center city. There’s tons of museums one bus ride away which is great. In the actual neighborhood, there are tons of food spots, and there’s a theatre that gives student discounts. Can’t really think of anything extravagant lol, just normal city stuff.

@historyfreakmida - Thanks, this is very helpful! He doesn’t need anything unique or edgy or extravagant. Just want to make sure the area doesn’t shut down in the evenings.

Hi. Not sure if you will see this as it’s been a while since last post. May I ask where your son decided to go? My daughter is very interested in Temple, has gotten into Honors program and gotten a good scholarship. If he decided on Temple, has he gotten any time on campus and what does he think?

Temple is a very popular choice for kids from my school district/area and we live in a pretty safe suburban area (so not necessarily street savvy kids). Every kid I know who goes there loves it. I never asked anyone specifically about your question, though. I would like to talk to couple of them and find out exactly how things are and what they do at night too. We visited campus pre-covid and dd really liked it.

Prospective Temple students and families - I beg you to learn and understand what is happening with violence around the campus and the inability of the school to deal with it, prior to committing. Temple is a great school in a horrible gun wracked homicide ridden neighborhood with very little policing. My son is a junior on campus and while he loves his program, it is not the environment or campus life we thought we were getting. There were 6 homicides over Thanksgiving weekend alone including a temple student, shot and killed, unloading his car after coming home from break. I cannot wait for my son to be done snd get the hell out of this city.
Temple University Student Killed: Samuel Collington killed near North Philadelphia campus while returning from Thanksgiving - 6abc Philadelphia

Thank you for sharing this information.

I replied to your post on another thread saying I agree. I’m a Temple grad, born and raised in Philly and lived there 30 years. I wouldn’t allow either of my kids to apply to Temple. The amount of crime and violence in the area is just horrible. Research not just the shootings and murders, but the other violent crimes with living victims having their lives changed forever, physically and emotionally.
IMO, it just isn’t a good college experience.
Just last week a non student was shot and killed right off campus while out walking with his girlfriend.

I agree about researching the crime in North Philly and Philly in general. I’ve lived outside Philly for over five decades and attended school there. I love the city but Philadelphia has fallen into the “defund the police” hole which is adversely affecting the city and the safety of its inhabitants. I wouldn’t let my kids attend school in the city at this time. And I rarely go into the city at this point. 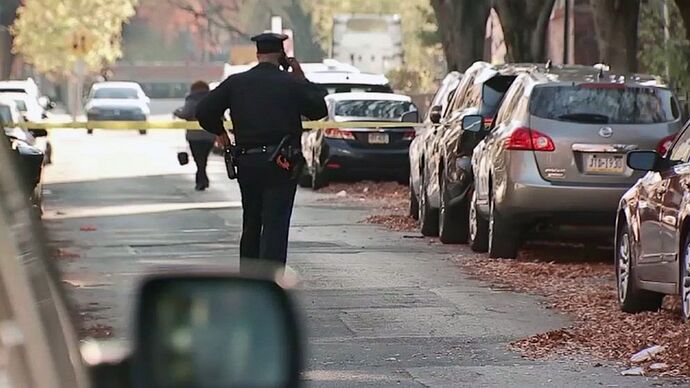 A senior at Temple University in Philadelphia was shot dead off campus on Sunday afternoon. 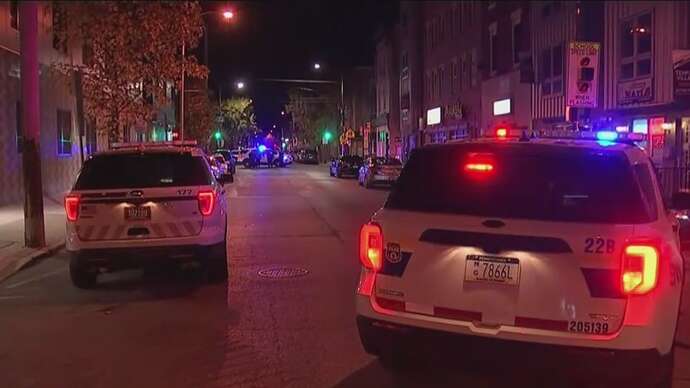 Ahmir Jones, 18, a Pottstown High School student was walking with his girlfriend around 2:15 a.m. on Tuesday morning when police say they were approached by two men in the area of 17th Street and Cecil B Moore Avenue. Police say the men pushed them...

My twins got into the honors college. They are soaring and enjoy the activities. Clubs. CLasses etc. they do have to think about where they go but it hasn’t stopped them from getting involved.

My son is a junior at Temple - loves the program and has only good things to say about the school. However he transferred for his program and the stress of having him in north Philly is really too much at times. It’s not the great college experience he thought he was going to get. The violence is through the roof and bleeds onto campus. I can’t wait for him to graduate and get the hell out of Philly. Please ask hard questions of temple and understand that the admin will downplay the safety issues. Philly is a disaster and temple unfortunately cannot do very much on their own.

Two armed robberies of students Monday night - four teens with guns carjacking someone and two students being robbed of backpacks.
And yes the admin , IMO, reacted poorly.
If you have a student there or will have one in the future, be sure to educate them. One interviewed student said he was “shocked” by the violence because Temple was supposed to “brighten up” North Philly. Such naivety is dangerous.