I was recently accepted to Emory University under ED1. However, I was accepted to both campuses and I am having a really hard time deciding which campus to attuned. On one hand I will be able to play on the Varsity basketball team at Oxford college. On the other hand I am also on the Pre-Med track and Main campus has better course selection.

I would really appreciated if I can have u guys’ input on this? More specifically does anyone know at which campus I can attain a higher GPA for Pre-Med classes (assuming I take the same classes and put in the same work)? Thank you guys so much!

One of my sons attended the Oxford campus and the belief there was that Oxford was harder. No idea if that’s true. A negative for many people is that Oxford is super quiet, with no place in easy walking distance. On the other hand, being part of a college team can be a phenomenal experience. (Due to the camaraderie and structure-- it can be something you look back fondly on for the rest of your life!)

So – only you can know how to weight the various factors. What a nice choice to have!

Congratulations on your acceptance to Emory! My son is on the main campus, so I don’t have Oxford-specific knowledge. I think that the main campus has a broader course selection. Anecdotally, he has always gotten the courses he wanted, although it sometimes involved emailing a professor or being on a waitlist until the add/drop/swap period. I did see that Oxford students protested lack of course offerings this fall and university responded. There is also an excellent pre-health advising center located on the main campus, but I’m sure you could access those resources from either campus.

Clearly the pre-med track is very demanding academically. Being on a varsity sports team is a wonderful opportunity, and I’m not sure how time-consuming the basketball team would be, so balancing both is something to consider. As @cinnamon1212 said, only you can weigh these factors but you have great options either way. 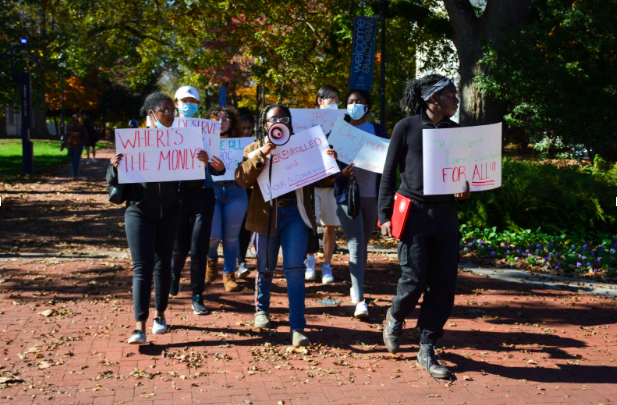 Oxford College added more courses and increased class sizes in response to student protests over a lack of spring course offerings, according to a Nov. 16 email from Associate Dean for Academic Affairs Valerie Molyneaux to Oxford first-years....

I would avoid Oxford College. My daughter is a freshman there. Drugs are rampant. When I visited her, the smell of weed in the dorm hallway made me ill. The RAs do nothing and the administration does not care. My daughter learned very little this year, if anything. Her high school classes were way better. If you are just looking for a place to go through classes and get a decent GPA, this might be the place for you, but keep your expectations for a good college experience low.

I have never heard the negative things posted here in this thread about Oxford before. I have only heard good things. From a pre-med perspective, there is no difference. Med schools won’t care and the core pre-req’s are really the same anywhere. the main difference is in the environment- it’s obviously smaller and quieter at Oxford, with less access to the perks of a big city but more chances to get to know prof’s and advisors and enjoy the feel of a small LAC, if that’s your thing. It’s just a personal preference. Only you can decide how important playing on the team is to you. I know personally I would want to do that, if I could, since that’s an experience you will never have again in life. I wouldn’t be scared away from Oxford by rampant drug use unless you do some digging and find it’s a common complaint (more so than at other colleges).
My daughter is at Emory Atlanta campus. She didn’t want a small school so did not consider Oxford. But she’s never said anything bad about it. Those kids will be joining her in Atlanta next year when they are all Juniors.

My friend’s son was disappointed with his experience at Oxford. He found it to be a suitcase school with lots of kids going home on weekends. As an out-of-stater, this left him with very little campus life. He regretted his decision to go there so much that he left midway through the first semester.

Wow, I think some impressions are skewed!

My son attended Oxford and is now on the main campus. Oxford cannot by any stretch be considered a “suitcase” school, kids come from all over, just like the main campus. Now, it is Dead. Quiet. Like unbelievably so, which isn’t what most college kids want. That would be a fair criticism. However, its exactly what my son wanted, plus the ability to continue to play soccer. He had a great group of friends (still does!) and a wonderful experience.

It has no more drug use than any other college.