After reading another thread, I became curious about colleges offering financial pre-reads to students before they apply, and that some colleges apparently offer a pre-read including merit aid. This seems very sensible, as it would probably stop a lot of students from applying to colleges they can’t afford, while also encouraging other students to apply. I’m not sure though why people wouldn’t just use the NPC, barring those from self-employed families or other unusual circumstances.

How does this process work, and more importantly, which colleges offer Financial pre-reads, especially if they include merit aid?

Let’s start a list of colleges that officially and unofficially offer financial pre-reads and/or merit aid ED, in alphabetical order. Please add a college to this list by clicking the pencil icon, bottom right corner.

We did this at Whitman.

Running the NPC is a bit of a crap shoot, in my opinion. We are full-pay, but merit is important to us. I am not sure every NPC includes merit, and if a school offers a range of merit, it might not show what end of the range you would be on accurately.

By getting Whitman’s financial aid “guarantee,” we knew before applying that my kid would get their highest general academic merit award. We also saw that the total cost of attendance had increased a little over what was shown on the website.
Finally, we were given an easy opportunity to ask how National Merit awards would work in conjunction (fyi, it would be stacked).

It provided a level of certainty that I still don’t have at other schools even now, almost 6 months after acceptance at some places. I could see it being EXTREMELY valuable to a family that cared about merit but wanted to apply ED.

I was afraid to mess up the numbering system in the OP. Here are 3 more schools that do fin aid pre-reads, with citations.

For a rough merit aid estimator, around 330 colleges are participating in Raise Me (https://www.raise.me/). You enter much of the same information as you do on the common app (plus possibly some more), and participating schools let you know a minimum guaranteed amount of merit aid your kid would get if accepted. You fill out the information once and then get estimates from as many schools as you’d like at once.

Some caveats:
(1) It takes a bit of time to enter all of your kid’s information.
(2) There are deadlines by when you have to submit. I think the earliest I remember is early fall in kid’s senior year.
(3) If you receive regular FA, the merit aid will often be subsumed into the FA offer.

In fact, every participating school that my kid was accepted to (University of Denver, RIT, Northeastern, ASU) ended up offering more merit aid than was listed in on Raise Me. But it helped us consider some schools that weren’t on the original list.

I don’t know if this is offered to everyone, but my recruited athlete was offered this at JHU during his OV.

My son was given a pre-read at Hobart William Smith. It was not the same as the NPC. In fact, it was better than the NPC numbers.

Fascinating. This is useful for others to know.

I’m surprised at the lack of responses to this. Is it just that few colleges offer financial pre-reads?

This is indeed very useful for many applicants in the next cycle.

I was not aware that some colleges do a financial pre-read. And, I do not see any T25 on this list - which is not totally surprising, I guess.

We also did the pre-read at Whitman before my son applied ED. He ended up getting $4,000 more per year than what was guaranteed, which was a nice surprise!

I was not aware any colleges did this, but the AO at Hobart mentioned it to my son. After that I checked with some other schools. I believe one of DS other schools did pre reads, but by that time he had already made his ED choice.

I’m not sure though why people wouldn’t just use the NPC, barring those from self-employed families or other unusual circumstances.

For a student and parents with “simple” financial circumstances, any college that has a good NPC that accurately reflects its financial aid will effectively be on the list.

However, some colleges include (typically stats-based) merit in their NPCs, while others do not.

For a student and parents with not-so-simple financial circumstances, it can vary as to whether a college’s NPC will be accurate for those circumstances (some may be accurate, while others may not be). Divorced parents is probably the most common not-so-simple financial circumstances. Colleges should prominently include instructions in their NPCs whether the non-custodial parent finances are required and how to include them if they are. Unfortunately, most do not, leading to applicants putting incorrect information and getting incorrect results.

I didn’t know about this either until we went through the recruiting process. For many of the schools we were considering, coach support was predicated on the athlete applying ED. As such, they want to be sure the student knows he can commit.

My DD16 did it at Muhlenberg as an athlete applying ED. The FA read was exactly what we got.

So it seems as though athletes routinely get financial pre-reads. Good to know.

I had a look at the Raise Me website. Very interesting. I’m wondering though if they should stop calling it a micro-scholarship. The girl quoted received $54,000, which isn’t micro. Very interesting idea, hope more kids discover it. 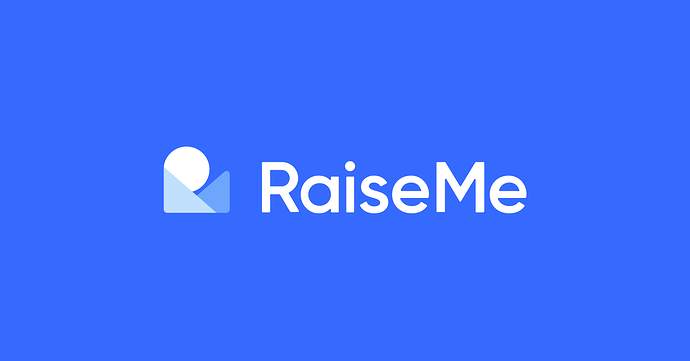 @ucbalumnus you said some colleges include merit aid in their NPC. How is someone made aware that the NPC includes merit aid? And do you know which colleges do this?

When we attended an admissions event at Davidson for d20 (not just the regular tour, etc.) I’m pretty sure they said they would do this. I know there were also separate questions about when financial aid offers were given for ed and they seemed surprised that other schools don’t provide right away. Sorry I’m not more clear on the specifics. I got the impression they would be very helpful and responsive, and want everything to be clear.

Yes, I agree that the marketing might not come across correctly. I think they use the word micro because, for example, each A that you earn, or each extra-curricular activity (including working at a job!), or each honors/AP course, will count towards your total scholarship. So students can focus on small things that, by the end of their 4 years in high school, add up to something substantial.

Raise Me definitely needs to be promoted widely. How did you learn about it?

you said some colleges include merit aid in their NPC. How is someone made aware that the NPC includes merit aid? And do you know which colleges do this?

colleges that have automatic aid for stats may do it. U of Wyoming did.

DD2 went to Florida Tech and sometimes the NPC included merit, sometimes it didn’t! The NPC changed several times during her senior year and sometimes the merit was in there (also BF and the resident grant) but sometimes it wasn’t. Sort of annoying, but it did have me question the merit award when it came and I was right. The school hadn’t updated scores and she received a higher award.

My D22 used RaiseMe, but found (a) not many schools she was interested in participated, (b) the participating school she liked best stopped participating just before D22 could officially claim her RaiseMe money, and (c) generally, D22 qualified for more or equal merit money via the regular application process than through RaiseMe.

I think I found it after reading an article about it — love the concept, but it didn’t pan out for us quite as hoped.