Because I am tired of lists that rank schools by number of billionaires, here is a list of universities which have alumni who have a net worth above $30 million:

Handy list for those limited to applying to 20 or fewer schools.

Princeton University is the only school on this list of 20 universities which does not have a graduate business school.

I hope that both of my kids do well enough financially, but not necessarily that well. FWIW D’s undergrad and S’s grad school are both on the list.

Perhaps a silly question, but, how would they know? Net worth is not - generally - public unless the holders choose to make it so, no? I understand it would be public in the case where an individual’s wealth is related to his/her role as one of the most highly compensated in a public company where compensation/value of stock in that company is made public in SEC filings - but beyond that I don’t know how/why it would be public. I always have the same question when school’s (or rankings about schools) address the wealth/income of college students’ parents. If not applying for financial aid - no financial information is required to be provided to schools. What am I missing/where are they coming up with that information?

Perhaps a silly question, but, how would they know?

Looking at the methodology. it sounds like the look for public information online and then extrapolate to the total number of living alunni. It’s also important to note that they include persons with any degree from the listed school – not just undergrad. I expect professional degrees are primarily the ones that are driving this list, such as MBA, perhaps executive education certificates as well, if they are included.

The full report is at https://www.wealthx.com/wp-content/uploads/2019/08/University-Ultra-High-Net-Worth-Alumni-Rankings-2019.pdf , which includes specific numbers like the following. Harvard is more than double any other college and 6x Yale. The overwhelming majority of “ultra wealthy” alumni appear to be old men.

I suspect that most are grads of the MBA programs(of the 20 schools only Princeton University does not have an MBA program).

Maybe from their financial aid applications ?

Are they including athletes? I mean Michael Jordan is worth 1.6billion according to the Googles and he has a degree from UNC. Seems like there would be plenty of similar stories of athletes.

I suspect that most are grads of the MBA programs(of the 20 schools only Princeton University does not have an MBA program).

That seems unlikely for Oxford and Cambridge, since their business schools weren’t established until the late 1980s and still aren’t as well regarded as INSEAD. The higher ranking of Cambridge compared to Oxford suggests to me that at least in the UK, many of these wealthy people made their money in tech or finance, not managing public companies.

Are they including athletes? I mean Michael Jordan is worth 1.6billion according to the Googles and he has a degree from UNC. Seems like there would be plenty of similar stories of athletes.

As the schools on the list have thousands of HWN individuals, I doubt athletes make much of a dent. How many athletes accumulate $30M in assets? How many NBA Players have a college degree in these one-and-done days? Many top MLB stars are drafted out of high school.

The average NFL/MLB career is 2.5-5.5 years. The average NFL salary is under $1M and the MLB median is ~$1.2M. Those numbers don’t generate $30M in career earnings, let alone accumulated wealth.

I wonder if this list would substantially change if it was computed as a ratio to total graduating students.

I agree that athletes are unlikely to affect the results in a significant fashion.

Articles that I have read over the past decade suggest that a high percentage of highly paid athletes end up bankrupt shortly after their playing career ends.

“ On average, only 7% of these UHNW alumni inherited all of their fortunes. Columbia University had the highest number of wealthy heirs but, at 12%, the figure is still a relatively low one.”

Would someone really apply to schools based on this list and how would that help them? Interesting though… 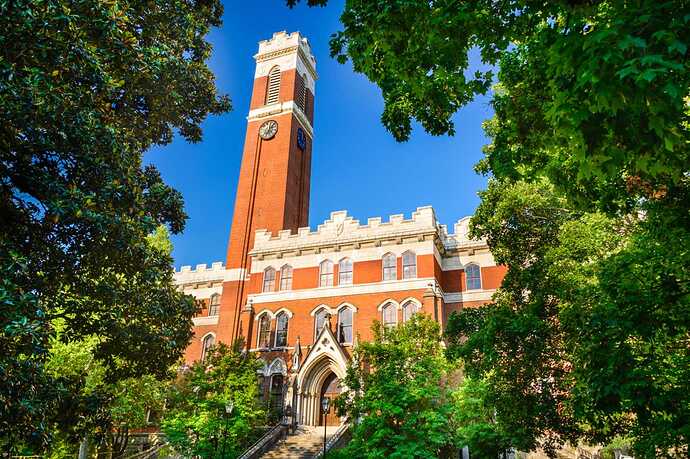 Graduates from these U.S. universities earn the most money on average.

Lists are lists. The shocker with this list is that it’s heavy on schools that offer engineering and business majors.

The first sentence of the article referenced by @deb22 may help to answer @Knowsstuff 's question.

While I often find such lists interesting and amusing, a list of which colleges have the largest number of estimated >$30 million wealth living alumni (almost entirely older + male) doesn’t tell an individual student much of anything about his “eventual earnings prospects.”

The list in Deb22’s post also doesn’t do this well since it operates under the assumption that the college name is driving the earnings, rather than characteristics of students attending the college, including things like quality of students, choice of major, family earnings/connections, etc. In short, it’s assuming that the student inputs have no influence on the earnings outputs.

If you control for some individual student characteristics such as test scores + major, I expect the list of highest earnings colleges would not resemble the published one. Again the list may be interesting and amusing, but not particularly useful for an individual student deciding at which college to attend.

The first sentence of the article referenced by @deb22 may help to answer @Knowsstuff 's question.

That is a terrible first sentence. If I was grading that in an essay it would definitely get marked down for me. It means nothing when you put “some students” in. Two students is “some students” so is two million. Just meaningless blather and wretched writing. Newsweek has really been on a big slide in the quality of their journalism.