Interpreting representativeness of reported average test scores when only a subset of admitted students take them?

Tells you nothing about the number submitting.

But at most schools that have shared data, acceptance rates are much higher among those submitting scores.

Which means what - that TO applicants are getting in as much or more than those submitting? Am I interpreting that incorrectly?

Even if we did know relative acceptance rates between test optional and test submitters that would not necessarily be definitive in ascertaining school preferences. As I mentioned above, test submitters might have had overall stronger apps (on non-test score factors), just to take one example I have heard AOs mention.

Yes - I’ve seen this in some NPCs.

Looked at CDS again and the percent submitting data point is for enrolled students not admitted or applying. So in the last cycle for Norrheastern, only 42% of enrolled students submitted scores. Previous cycles it was around 85-90%. Which means what - that TO applicants are getting in as much or more than those submitting? Am I interpreting that incorrectly?

It means they have more admitted students that didn’t submit scores than those that did, but it doesn’t mean they admit them at a higher rate - we don’t know how many applied with/without scores.
Northeastern, I’m sure, is at the forefront of leveraging test-optional to optimize their rankings. They are legendary for gaming the USNWR rankings: 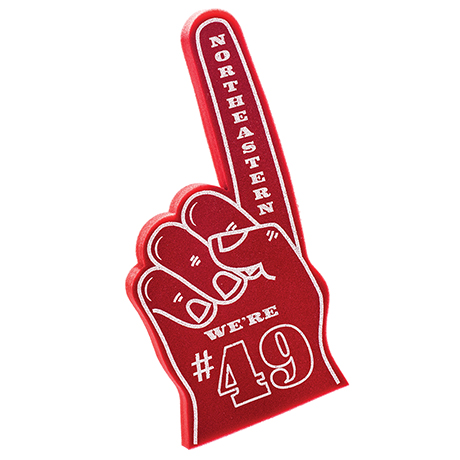 Learn how Northeastern executed one of the most dramatic turnarounds in higher education. Its recipe for success? A single-minded focus on just one list.

Tulane and the other schools that say only submit if at the median or higher, based on last year’s numbers

Of course they will say that. They want the numbers to go up higher. I mean they probably look at Northeastern and Wake Forest and say…why not us?

The disaster unfolding at large selective public colleges and highly rejective privates that went test optional IMO will lead to AOs looking for kids now that can support their high GPA through test scores. I know I would.

So on and so forth.

I think a 1500 is a good score to show any school – even if in this era it is below the 25th percentile at HYPSM and some others. If you don’t report, it is human nature to assume that the score would be out of range for that particular school.

Interesting. How will this all play out?

I’m going to tag @Data10 . I’d love to know your take on this issue, in particular your thoughts on the numbers in the post I responded to.

The disaster unfolding at large selective public colleges and highly rejective privates that went test optional IMO will lead to AOs looking for kids now that can support their high GPA through test scores. I know I would.

I don’t see any disaster happening. Going test optional has allowed a number of highly rejective schools to increase URM, first gen, and/or low income students which is in alignment with their institutional priorities. I don’t think we will see many of these schools go back to requiring test scores.

Well, I recommend you go and read reddits r/professors sub-reddit. MIT has already reversed course. Anyway, this is not related to the thread.
If I had a decent score, I’d submit it. End of.

Will see how it plays out. I have a good friend who is an AO at a top Ivy and who says they have been having many meetings and debates about staying TO or not, with most AOs favoring staying TO as they have learned the tests were not contributing anything useful to their analysis. Ironically my friend is on the side of requiring scores bec they think test scores are helpful for evaluation of first gen/poor school applicants where high test scores can be evidence the applicant can do the work. They all seem to agree that scores add nothing useful if reviewing an application from a middle or upper middle or upper class applicant from a high school known to them.

I have spent a fair bit of time at two highly selective (low single digit acceptance rates) schools over the last 2 years as a parent and career advisor supporting first gen and haven’t heard or witnessed any “disaster”. While Reddit may have its uses I always prefer to first hand experiences. Can you share any first hand disaster stories or examples please.

Wait, that doesnt make sense. So they are saying that scores mean nothing for high SES kids but for low SES URM kids who are getting generally lower scores it is helpful? I dont understand the logic.

on the side of requiring scores bec they think test scores are helpful for evaluation of first gen/poor school applicants where high test scores can be evidence the applicant can do the work.

This is basically the reason MIT has said they went back to requiring scores. I agree and it makes sense the way MIT explained how they use scores and how their data shows it helps them. I expect some highly competitive schools to follow their lead, especially with language already shifting from some to encourage submission even if below the middle(Yale, for instance).

Just saying what my friend said. Yes it helps for a URM/first gen/poor neighborhood kid with a reasonably high score and not really useful otherwise was their view. I don’t know enough as to whether that’s logical but my friend has been a senior AO at a top Ivy for decades. Basically they look to the curriculum and grades which are more representative of ability to do the work where they know the school and strength of curriculum and the teachers.

Actually, what @relaxmon said makes perfect sense. A kid going to a competitive HS with a good GPA is a proven commodity and tests add little value to their overall chance of succeeding. However, a standardized test score can easily benchmark a low income kid because if they cannot excel or perform at the requisite level on a STANDARDIZED exam that tests concepts that should be mastered in HS, then there is limited chance of succeeding in a more competitive college environment.

Contrary to popular belief, SAT/ACT is not “racist/elitist.”

@Catcherinthetoast One firsthand. Low income (EFC $0), URM, queer, first gen, the kind most AOs foam over. Failing out of one of our state flagships. Test optional, decent GPA. Got a lot of “passes” in HS plus possibly, Covid.

One firsthand. Low income (EFC $0), URM, queer, first gen, the kind most AOs foam over. Failing out of one of our state flagships. Test optional, decent GPA. Got a lot of “passes” in HS plus possibly, Covid.

State flagship and one person doesn’t suggest a “disaster” at the most rejective of colleges. Given this is the type of kid “AOs foam over” I suspect regardless of TO the kid would have had options. Conversely are you suggesting this “foam worthy” kid should or would have been rejected by a state flagship if their test scores were below average?

I note the trend away from bemoaning the assumption that kids lost out to the “low income, URM, queer, first Gen kid”. It is seemingly much more socially palatable to mean just that but instead blame TO.

The low income and often first Gen kids I have been volunteering my time with at an Ivy are amazing in their resilience and determination. They have taken full advantage of the resources available to them. The service I provide is simply an understanding of the way corporate America often works, interview advice etc which given their circumstances they don’t have ready access. No disaster just kids that typically wouldn’t have had an opportunity to thrive.

Well it is fantastic to note that you are seeing great results with TO kids.
Maybe a low SES kid won’t know how to apply for an investment banking job, but expecting such a kid to do reasonably well on a standardized exam is not too much of an ask.

Anyway, back to normal programming for this thread.
If the prevailing sentiment is that one should not submit a test score if it is below the median/25-75 range then one has to assume (a) either the kid did not get such a score or, (b) was unable to take the test or tests. With testing back to normal at least where I live, not submitting scores cannot be a good look unless it is a truly test optional school (Bates etc.) One has to compensate in other ways I suppose.

but expecting such a kid to do reasonably well on a standardized exam is not too much of an ask.

Actually if they are working a full time job, supporting an ill parent, English isn’t the primary language in the home, they don’t have the financial means to prep like more affluent kids, etc, it is too much to ask. Particularly if it is to be used as a determinant for future academic and socio economic opportunity.

Well, I should have tried that 30+ years ago then.
Dirt poor parents, not going to make this too personal but lets just say there were extenuating family circumstances.
Worked at a video rental store.
Realized that the only way I could convince an AO that I was good enough was through good SAT scores and grades.
My parents could not send me to Thailand so that I could volunteer at an elephant orphanage or similar.
Went to a regional public on full ride.
Went to a highly rejective school for graduate studies. On a full fellowship.
I will say this, my parents always emphasized that education would be my ticket to a better life.
So, yeah! Let’s get back to regular programming.

Well, I should have tried that 30+ years ago then.

I think the evolution of thought that allows more people access to opportunities over the last 30+ years is a great thing.

I am sorry you lacked (as did I) the ability to “try that” 30 years ago. That said I am glad we are in a world where we don’t continue to close doors or stack the deck against people just because we felt that was what we had to endure “back in the day”.

And as you have said let’s get back to our regularly scheduled…. FYI the eye roll emoji is a lack of respect and display of contempt that I certainly don’t share or believe deserved.