D22 likes everything she reads about Wes, but we wonder whether it might be too cliquey socially. The concern derives from the various theme houses (some of which can be joined by First years?) and some comments in Unigo student responses.

She also wonders it might me too competitive around performance arts ECs for someone merely seeking hobby/social participation/performance (as opposed to jockeying to be the next Lin Manuel). She at this time is not seeking to pursue a career in performance or media; instead she is looking with interest at the various humanities and social science options and interdisciplinary programs around them (including COL and CSS) to find herself within that. Theatre and other performance arts have provided an effective social platform in high school, and she very much enjoys consuming and critiquing all types of art, so she was looking to being able to engage without having to be all-in with the professional theater crowd.

This won’t answer your question directly, but for a close look at Wesleyan at a, in my opinion, still relevant time, consider reading the memoir by one of its former presidents, 100 Semesters.

Yeah, i guess I can see her point. But, I look at it this way: Wesleyan’s housing system was one of its saving graces during the COVID-19 pandemic. It allowed a large swath of the student body to form family-style pods with their housemates while the kids in regular dorms were subject to fairly stringent mask requirements.

But, there’s a lot of porousness to these houses. The way I see it, any place that has a kitchen is a place that can host a party. Even if one house only throws one party a year, that’s hundreds of dance parties, movie parties, fondue parties and other get togethers throughout the year.

I thought you were going to ask me something hard like, “Why do all the black kids sit at the same table in the cafeteria?”

The performing arts question is tougher because I’ve sat in on some of the talks by alum like Thomas Kail (Broadway director) and Rick Nicita (one of the most powerful agents in Hollywood), and they are always full of students who have every intention of making a go of it. It is heartbreaking listening to their enthusiasm and cheerful suspension of disbelief in their ability to defy the odds. Your DD will have them to compete against.

No, not cliquey. There are not many first years who join theme houses - my impression is only a handful at most. In fact, the percentage of upperclassmen in theme houses isn’t large either.

My son attends and is a CSS major. He’s also found many opportunities for involvement in the arts - mostly music - despite not being a major. In fact this was one of the reasons he decided to attend Wesleyan since it’s very easy for non-music and non-arts/ theater majors to be involved. His circle of friends is broad, which is typical for Wes students.

My D who attended Wes didn’t have the big social life in HS that her siblings had. No, she did not find Wes at all cliquey. And as a varsity athlete, she would have been more prone to isolating in a group, but she had friends all over the school because that’s how Wes is.

My other D attended a LAC and there was and is an obvious divide between athletes and what they call NARPs. I never liked that aspect of the school, which made it seem like HS. Fortunately my D didn’t care.

Thanks; was that Amherst or Williams?

As to @gablesdad 's question, FWIW as a parent steeped in the natural (and sometimes bitter) rivalries of the Little Three, which I confess to have enjoyed immensely during her 4 years, I’ve not perceived Amherst or Williams to suffer from that particular social problem. Sports matter at all three schools, although they used to not matter at all at Wes, who was proudly bad at sports for some time. That has changed dramatically in the last 15 or 20 years. Williams in particular has held success in sports as a priority for a while, and you will hear people at Wes and Amherst sometimes bemoan that “Williams is good at everything [meaning sports],” and they probably are the best sports school in the NESCAC across the board. Amherst and Wesleyan are also very competitive, but Williams I think it’s fair to say takes top spot in that category. And even there, and I’m sure at Amherst, I think the athletes and the non-athletes blend nicely. Middlebury appears to be another kettle of fish altogether on this point.

Thank you for this. My NARP D is headed to Williams, so this is reassuring.

In terms of “cliquey”, that is a common characteristic of athletic teams at most LACs , but not to the same degree as at Middlebury which carries the distinction between athletes & on-athletes a bit too far.

I have to admit I read “cliquey” on your OP and immediately responded. I’ve since read the rest of your post more carefully and I have to tell you that I think your D profiles PERFECTLY for Wesleyan. It’s like you hit on all the odd collection of cultural points that makes Wes … Wes.

My D was an athlete in a tough sport at Wes that had NCAAs as its measure for success, and she was also a serious dancer, focusing on ballet, for much of her youth. This always takes people by surprise until they stop to think about watching her and then they say, “yeah, that makes sense.” At Wes she was able to join several dance troupes (not ballet of course) and put on shows that were always very well attended by the student body. She also had a tough double major in the sciences so the problem became one of limited time. But she could be that person there and nobody really blinked. You mentioned CSS and, as I said in another post, that’s a damn rigorous and demanding major. But, one of my D’s teammates / roommates did it so it can be done with other serious commitments if your kid can be disciplined with her time management. Anyway, good luck. I hope she chooses Wesleyan!

It’s definitely high on the list for this year, despite a fairly concerned response to the dorms after visiting. Thanks

And even there, and I’m sure at Amherst, I think the athletes and the non-athletes blend nicely.

This survey result doesn’t refer to athletes and non-athletes specifically, but it nonetheless indicates that Amherst students do not interact much across groups generally: 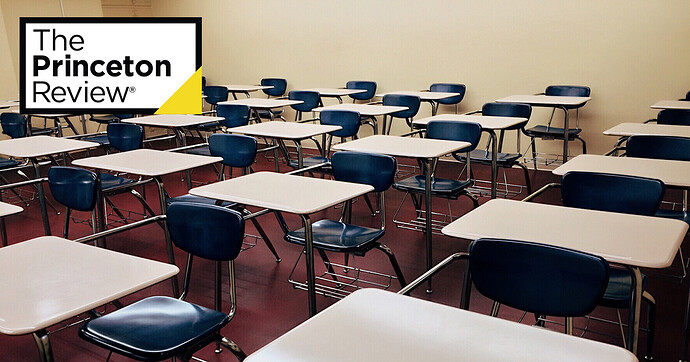 Based on ratings by real students about the frequency and ease of race and class interaction at their schools.

Before I’d believe this I’d ask someone who has a kid there, like @purplemama. Admittedly, I’ve seen one or two other posters mention this about Amherst, but I remain skeptical. The people I know there, fellow athletes and friends of my Ds at Amherst (which include AA women), don’t report this as a thing, and of course it’s wholly inconsistent with the school’s overall culture.

Hey @cquin85, thanks for the tag.
My Latinx D18 made her closest friends on her first year dorm floor, LEAP trip and a couple of clubs. A few are white athletes on various teams. She is not an athlete, but has often been invited to their team formals, not as their date but as a friend.
I think Amherst College did a good job with the diversity on her floor that year and when you live with people and they have dorm floor activities, your neighbors make for good friends.
Is it easier for athletes to stick to their teammates? Yes. If they are mature, nice people, kids will add to the community they live in and venture out of the easy friend group that athletics will provide and narps will understand their availability to socialize is more limited when in season. I wouldn’t worry about it one bit. I hope this helps anyone with concerns.

All as I would expect.