Target (50-75% per CV chancing): UMD CP (in state), Brandeis (not sure about STEM), CV chancing doesn’t offer much options here at all

If your son is indeed a rising junior (class of 2024), then I would wait until the spring of junior year to start thinking about a more specific college list as junior year is often one of the most difficult, and students who hadn’t struggled before often encounter more difficulty that year.

But if you’re interested in starting college visits, see how your student reacts at small, mid, or large campuses, rural vs. suburban vs. urban, etc. Stepping on a campus and getting the feel for what interests him can help determine what type of schools he’d want for senior year.

One school you may want to look into is Rochester Institute of Technology (RIT) as it is strong in STEM, but also has coop programs as that may be an interest of your son based on liking Northeastern. I don’t know if it offers a music minor, but there is both a concert and marching band as well as some strong art-based programs.

Another school is Clarkson University. It focuses on the STEM fields but is a much a smaller school with about 2700 undergrads. Again, unsure about the music minor, but there are various musical ensembles, including concert and jazz bands.

Both of those institutions are likelier options for admittance that your family may want to consider. And don’t just look at sticker prices, as many of the non hail-mary schools offer significant merit aid to students, regardless of their family’s financial situation.

Take a look at West Virginia for possible safety
https://admissions.wvu.edu/cost-and-aid/scholarship-chart

Also see majors in other states in the Academic Common Market that are not offered in Maryland. 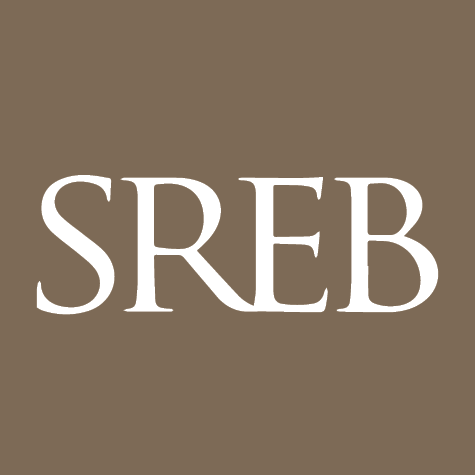 The Southern Regional Education Board works with 16 member states to improve public education at every level, from pre-K through Ph.D.

Thanks! Yup just looking to plan visits and at least start thinking - would like to start with big list this year then narrow down next summer when stats are firmer. So far, size seems to not be an issue at all. I think the appeal to NU is around coops and location so will def check out RIT and look into Clarkson. Before our visit, the feedback was would like middle of nowhere with campus. And then fell in love with an urban school. So I think visits are super important to figure out what likes/dislikes even are.

Thanks! I thought NC State was only like 10-12 percent for OOS? Am I thinking of the other NC public?
I will check out that coop thanks! One thing is - how is that typically handled if the major going in school is appealing/not offered in MD but then 2nd year, student changes their mind and chooses major that is offered in MD after all?

For Academic Common Market, if student changes major, or home state adds majors, then in state discount can be lost.

Look into the University of Rochester.

You’re right - it was like 27% chancing which was defined as hard target on the other site. But that’s based on projected from psat - not sure what it’s projecting! I’d still probably put it more like reach.

1440 is still very low for Emory unless URM.

Oxford to Emory will be a good strategy.

Question: Should he take both PSAT and SAT in Oct (to try to go for National Merit) or is it not worth it? We are full pay and merit isn’t needed, but certainly doesn’t hurt. But I wouldn’t have him apply to schools just based on NM scholarships either. Can he submit Oct SAT instead of PSAT? Fall and spring schedules are intense for EC so if can get by without an additional test, that would be great.

Second question: assuming gpa stays consistent in junior year, would UMD be target or safety (in state)? Collegevine chancing has it at 84% but seems to make no difference if residency is marked in state or out of state for any publics so that’s a glitch in their system that makes me trust it less for any of the publics. Would like CC opinion. That’s a solid in state school we’d be happy with so if safety, I would encourage him to add another safety for sake of choice, and 2-3 targets, but otherwise I’d think the list can be more reachy? Thoughts?

Good list, though I’d adjust ratings slightly.
Northeastern may be a low reach or hard target.
BU might be a low reach… It has very quickly gotten more competitive recently. Acceptance rate is now lower than Northeastern. Emory is probably about the same as Tufts, a reach.

Every school on your list is realistic. If you can get SATs close to 1500… spend junior year really building up a couple targeted extracurriculars, and get your UW GPA closer to 3.9+, you’ll be in very good shape.

Thank you for the update. I haven’t heard of too many students taking the PSAT and SAT as a sophomore. Can you share the rationale behind that?

Personally, if this was my son, I would have him take the PSAT in the fall and then have him take the SAT in the spring of his junior year. If his score went from a PSAT 1360 to an SAT 1470 with no prep, then obviously the fact that the information he is still learning at school is helping him. Some colleges are wary or will discount a very high ACT/SAT score if the test is taken many times, and I’m not sure how much growth you would expect to see between spring of sophomore year and fall of junior year.

I agree with @AustenNut that if it were my kid, I would have him take PSAT in fall and SAT in Spring of junior year. He isn’t in range yet for NMSF, especially because MD has such a high cutoff, but he is in conceivable range. In terms of submitting an SAT instead of a PSAT, I doubt they will allow it. The substitution is allowed if a kid has to miss the PSAT for a legitimate excuse such as illness, but not just because of a busy schedule. (Because of Covid causing so many cancellations, they did allow just about any excuse for the class of '22, but I have heard they are going to tighten it back up to the rules of years previous to Covid. You might want to confirm that though.)

Thanks,
No this is all my own mental exercise- I don’t get into this because I don’t want to add pressure.
Main purpose of taking it sooner was really because next year is extremely busy with ECs and APs. It was more to get a baseline so I know where if at all needs more targeting. He’s not one who will want to take a hundred practice tests or have the time next year.

I actually think the increase was largely from exposure to the test at psat and being familiar with content/test type. Most everything on there he had already done in 8th and 9th grade (last year was AP Stat and Trig so hardly anything from there). If anything, he probably needs a refresher on things he’s forgotten. Either way, it had him at 98th to 99th percentile (compared to same grade level) for both psat and Sat so percentile didn’t really change.

Regarding UMD and STEM field - I thought it didn’t admit on major? Or if you don’t get into major first year, you can at least complete gateway courses and get in following year?

I would agree that there’s no need to do another SAT until next spring or summer and it’s only worth doing one more attempt. My kids’ PSATs went up 70-80 points between sophomore and junior year (with no prep for the first and a minimal amount of self-study the second time round). IIRC for my class of 2018 twins it went 1340-1360 to 1420-1430 on PSAT then 1540 SAT/35 ACT spring of junior year (again with just a modicum of self-study). S23 didn’t get a practice PSAT due to remote instruction during Covid, he got 1410 PSAT last fall then 1530 SAT last month.

It looks to me like you are tracking for a similar increase with a PSAT approaching the NM cutoff this fall. But there’s a level of randomness in higher scoring states that means a couple of missed answers is the difference between hitting the NM cutoff and just being commended. Additional prep may help, but beyond doing a few practice tests then for a student who clearly knows what they are doing, I think there are diminishing returns.

I totally agree, my S24 is taking the August SAT. Still waiting for the real one but had an enormous boost with another year of math and some practice sitting with a test. (PSAT 1190 and practice real SATs in the mid 1500s). Getting the test out of the way is absolutely a plus here. Does he have some time to do prep now for the PSAT and then SAT in October and then be done?