Would like to study kinesiology, exercise science, or public health

I think her Common App essay is pretty good–tells story of early medical hardship in toddler years that set her on healthcare path, sports injury that lead her to interest in PT.

LORs probably nothing outstanding–counselor barely knows her, that’s just how it is at large public schools

EFC is $35000 and we’d like to stick to that, or within $5K. I’ve run the NPCs on all of the list below and many fall within range, but a few don’t (is the NPC always pretty close to accurate?).

Things we want:
-My daughter is very shy so I think a smaller school with a cozy feel would be great for her, especially if they do a good job folding freshmen into the school. Would be great if the school were known for having friendly students
-She is neither preppy nor artsy. Can be a little sporty
-She wants East Coast, old buildings, and seasons (but she has no experience with New England winters!)
-Has absolutely ruled out the South, and does not want a landlocked state
-Not “in the middle of nowhere”
-Merit aid for a good but not stellar student
-Some Greek presence ok, but must be in the minority
-direct flight to Bay Area preferred

BUT you will see on the list below that many she has applied to, or wants to apply to, do not meet those criteria. There is no school that ticks all the boxes.

Probably will not apply to the UCs because of the major and the generally ginormous sizes (and she might be finding excuses to not have to write the PIQs). She also doesn’t seem interested in the WUE schools, either due to size or location.

[separate question: why do only a few of the schools get a blue clickable link?]

Seeking suggestions for schools we might have overlooked. (Have already gotten good recs on this site, like Simmons.)

My daughter is an exercise science major at UDel, if they continue to base merit on GPA instead of test scores your daughter would get some, probably $15,000. It’s a larger school but with a walkable campus, and if she got into honors they have a great freshman dorm. Their DPT program is one of the best in the US, and my daughter spent a lot of time at the PT center (she’s a senior and was already accepted into the program for next year). She also looked at Scranton, Quinnipiac, and UMASS (all gave her merit but she had a 34 ACT but more are TO now).

I see you put down SLU as possible unaffordable.
Marquette is another Jesuit. Has exercise science and athletic training. Also has DPT and PA programs if thats the next jump for her. They also have a masters and PhD in exercise science if research is more of interest to her. Add to that either a major or minor in public health and equity. There is something to be said for “Midwest nice.”

For CSUs, you can calculate GPA using GPA Calculator for the University of California – RogerHub – use the weighted-capped version. If you did not take any college courses in high school, then the CSU weighted-capped GPA is the same as for UC. If you did, then count each semester college course as two courses with two grades for CSU, but one course with one grade for UC.

UCs may have exercise science majors, minors, or subareas within biology majors. Examples:

Hmm, NPC says $41K for us. A bit too much, but my quick perusal show it to be a great school, especially for exercise science!

It doesn’t tick all your boxes, but you might take a look at the Human Physiology major at University of Oregon.

Oregon has exercise science/sports medicine research and clinic support opportunities well-funded in part thanks to the school’s ties to Nike’s founder and family. And although not a small school, Oregon felt smaller and friendlier when we toured than its counterparts in California and Washington. If your daughter were accepted into the Clark Honors College there, it would provide even more of a small-school kind of experience.

When you run the NPC for SLU they ask if you attend a Catholic HS. If the answer is no, then less aid. This doesn’t seem to be the case for Gonzaga; do you know about Marquette? I like the size of it, but daughter may balk at Wisconsin. But I agree, about Midwest nice.

UCI, probably not, because too suburban sprawlish

UCD, I wish. We visited over the weekend and daughter said she hates riding bikes. But I really wanted her to like it.

But it’s not a WUE, correct? I’ll look into the cost. I did mention it to daughter at one point and she said no, but couldn’t/didn’t articulate why not.

No, it is not a WUE, but Oregon is pretty generous with aid — I think your daughter would get the Summit Scholarship ($10k/yr), for example. You might run the Net Price Calculator and see.

University of Hawaii has public health, health & exercise science, and health & physical education majors, and is in WUE. It is also not in a landlocked state, but is not on the east coast. Weather varies less by season than by what side of the island you are on and how high up the mountains you go.

She actually had Hawaii in her Common App portal, but it doesn’t feel right. Too commuter, too suburban, and so very expensive to live off campus.

I don’t think Marquette cares about religion. They focus on service learning. Religion is not required for professors and there’s openly gay and trans professors.
They have a program to help kids with adhd and autism transition to college.

People seem to give the midwest a bad rap but it’s actually pretty nice. Having the Bucks and Brewers doing well with sports highlighted the area recently. 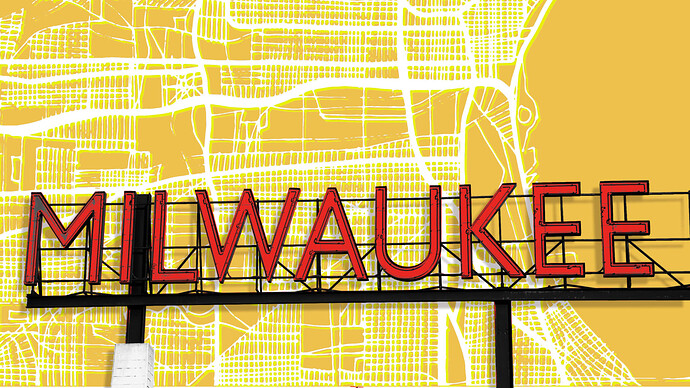 Why Is Everyone Surprised by How Cool Milwaukee Is?

Come for the beer and cheese, stay for the arts and culture. Forget what you heard (or didn’t hear). Milwaukee is where it’s at.

Take a look at Denison’s Health Exercise and Sports Science major. It’s an excellent program, and the school has the friendly, supportive vibe your daughter may be looking for. Denison also has a relatively new Global Health major, which might tick your daughter’s public health box.

I figure that I would comment on a couple of schools that you mentioned that are in my corner of the country.

University of Vermont (match or likely, but maybe not affordable)

UVM is a very good university with an attractive campus. A high school friend of a daughter went there to study kinesiology, and liked it quite a bit. He got a job relatively quickly after graduating. Burlington is a very attractive relatively small city. For us at least the NPC did correctly predict a merit scholarship (with almost the same unweighted GPA as your daughter). However, I would be very surprised if you can get the price down to $35,000 per year. You might get it down close to $40,000 with a presidential merit scholarship. Also, I would be very surprised if there is a nonstop flight from California to Burlington. I am guessing that it is probably a bit more than a three hour drive from Boston Logan airport, a bit more than two hours from the Montreal airport with an international border crossing in the way, or a second short flight to get to the Burlington airport (possibly from Logan?).

The same daughter was accepted with again almost the same GPA as your daughter, but with no merit aid. It was not affordable for us. I do not know anything about kinesiology there, nor if they meet need. Of course there would be nonstop flights from California to Boston.

I would suggest UNH- with a scholarship she could get it to around what you want, but it may be too late to apply and be considered.

Doesn’t fit all your criteria (though I guess you could say it’s within sight of salt water) but Utah is a great option in WUE (about $30K/year). Especially good for outdoorsy students with skiing, climbing and hiking all close by. D has many friends doing kinesiology (she’s a dance major) and they seem to enjoy it. It doesn’t feel that big compared to the UCs and it’s in a great location in SLC with easy flights to the Bay Area. Priority application deadline is Dec 1, you find out in January.

I like to answer your chances so people can make fun of me or say how would you know. Well, we are all amateurs but do our best with the info given !!

I agree - but think Oxy can be a yes. Skidmore can be a yes but I’ll go with your reach. It’s remote but not - it’s a stone’s through from Albany in a beautiful town but yes not as close to society as the rest of your schools.

I agree with your Applied already list but I think DePaul is a safety and if you’re looking at Northeastern, run the NPC for Hofstra - they are very generous.

One other with your 3.94 - assuming it’s 3.9 in core classes, U of Arizona will give you $30K off of tuition at $38K. So with room and board you are low 20s. It’s a gorgeous campus and easy flight or drive from many parts of CA>

It’s a safety. They’ve got a great Honors facility with a dining hall on the bottom of the dorm and a counseling center and fitness center adjacent.