Can an applicant submit both the SAT and ACT? If so, will they consider whichever is most advantageous? If not, any suggestion on which is preferable?

My son’s scores are at or above recent year minimums for the relevant faculties, but because of annual fluctuations it’s close enough where one or the other could make a difference.

FWIW, I’m not inclined to submit test optional. While his grades are excellent and above minimums, I’m concerned that his school is “not known” to McGill, so I can’t help but think that SAT/ACT would be useful all things considered.

There is no preference for SAT vs ACT. Submit the higher one.

Thanks, but that doesn’t answer the question. Under the circumstances it’s not clear which is “the higher one.” Both are very close, and in any given year one could be under and the other not. That’s why I’m asking the question.

Can he submit both? Sure. They will consider the higher one.

Okay, thanks. That helps. That’s what I didn’t know, whether he could submit both.

Also act May cover him for not needing subject tests? You might want to look at that

Right, I think she’s saying, though, that ACT may be > SAT since SAT no longer includes subject tests. That’s a thought if it came down to a choice between the two.

Again, McGill has no preference. And if it they did, which they don’t, a lower ACT score is not better than a higher SAT simply because ACT has 4 components.

I am confused about grade reporting w/r/t 12th grade.

On the other hand, the instructions for self-reporting state:

Your application will be reviewed. If mid-year results are then requested on your Minerva:

Log back into the Self-reporting form and update the information that you provided for 12th Grade."

This implies that something less than “mid-year results” is what should initially be reported. So if the applicant is on the semester system, would this be first quarter grades, even though quarter grades don’t appear on the transcript? And, if so, does the first quarter (again, non-transcript) grade get entered as a “semester” grade since it’s a semester course? 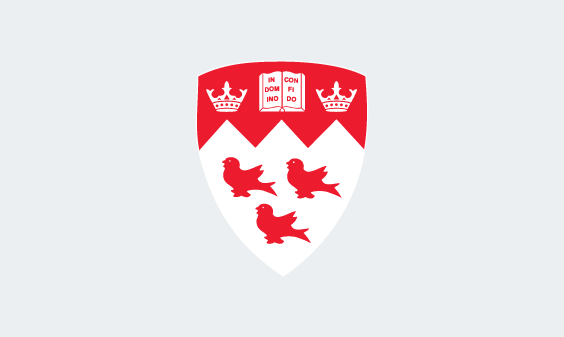 Self-reporting for high schools in the U.S.A.

Students applying on the basis of a U.S. high school diploma from a school located in the U.S.A. will be required to self-report their grades using the designated web form accessible through Minerva. Do not send, or have your school or any digital...

First term is synonymous with first quarter for schools on the semester calendar. It means your finalized Q1 grade on whatever document your HS considers.

Well, like I said, they get a first (and third) quarter report, but it doesn’t appear on the transcript. It’s essentially an interim progress report. Only the semester grades go on the transcript. Nevertheless, that seems to answer the question.

McGill will ask you to upload 1st quarter grades. For most US applicants, they will then ask you to upload first semester grades as well. In most years, most decision for US students (depending on grades, scores, and Faculty) will then come after that. In recent years, it has been a bit slower. My kids were at a known US high school (sends 5-7 to McGill each year) so they heard about a week after they uploaded the semester grades for Faculty of Arts while Desautels decisions came much later.

Sorry I’m new to this site and don’t know how to ask questions–but I honestly do have a question in regards to my stats:

I’m applying for Arts but I still feel like I don’t have any chance of admission. Can someone give me an honest perspective?

Why no tests? I know they say (as do all “test optional” schools) that “test optional” won’t be punished. My response is that I’d rather have a test that’s in the range than no test.

Anyway, here were the U.S. cutoffs for Arts for Fall 2021. You easily have the grades:

I submitted my application a while back, but it still isn’t letting me self-report my grades (US High school). Does anyone have an idea of when that will open? And do they need official ACT score reports as well?

McGill uses straight, unweighted GPA. For the Faculty of Arts, you are well above that minima.

The website says it will open in November or December to self-report grades.

Thanks for that! That takes away a lot of stress

I could have easily gotten the English score, but the math would’ve been a major struggle. I also dealt with some mental health issues last year and the test would’ve (and was before I decided to not take it) been a major point of anxiety for me.