Hello to parents of students applying ED to Harvard Class of 2026!

This should be a short thread. Harvard doesn’t have ED.

You can edit your original post to change ED to SCEA by clicking on the pencil in your initial post.

Hello from a very nervous parent and student. My D applied SCEA to Harvard and not sure what to expect. Watched a ton of YouTube videos explaining the admissions process and selection but not sure what to make of it.

Does anyone know when alumni interviews are generally scheduled?

Harvard’s current term for its early action cycle is Restrictive Early Action (REA.) SCEA is a term used by other schools.

Nervousness about a submitted application is probably misplaced energy, especially for a school that has such a low rate of admission overall, and particularly low for those who might not fit into the proactive recruitment categories (recruited athletes for the main Ivy sports, certain URMs, first generation college students and lower SES applicants who have excelled, parental Harvard lineage, and Dean’s list applicants such as children of major donors, celebrity applicants, or Z list candidates who can be a combination of everything else.) Satisfaction at getting an application in on time and a certain degree of untroubled fatalism is probably the most useful approach, even for well-hooked candidates.

The number of REA applicants jumped nearly 60% last year to over 10,000. If numbers repeat, it seems unlikely all or even a majority could be interviewed within six weeks. The good news is that even the most impassioned supporting alumni interview seldom makes a difference, and that applicants seldom are disadvantaged from not getting an interview.

An applicant who feels okay about applying to Harvard is probably going to do fine no matter where she, he, or they go, so no real point stressing about once the application goes in. The die is cast.

My kid gave in to curiosity, and got a look at his file (2025). Turns out that the alumni interview was apparently very important, which surprised me, because back in the Jurassic era, it was reputedly NOT important. Both admissions committee members wrote essentially, “Looks good - let’s see what the alumni interviewer says.” So clearly, they were waiting for that information before making a decision. Makes me wonder about the applicants who are unable to get an alumni interview due to scarcity of interviewers in some parts of the country, and the world.

The other bit of information that they were waiting for was feedback from their conductor regarding the submitted music supplement. As we had expected, this was what made him stand out from the pack. So if your child has a particular talent in the arts, make sure that they submit the supplement.

Makes me wonder about the applicants who are unable to get an alumni interview due to scarcity of interviewers in some parts of the country, and the world.

To my knowledge Harvard regional AO’s will not present the candidate to the whole committee for admission if the interview section is still blank. One of three things will happen if the applicant is to be considered while interview info is still missing: a, regional alum interview committee will get the request from the admissions to interview the kid asap. b, AO will reach out to the kid directly for phone or zoom interview. c, if the above are not available, say the applicant is in a remote area in a foreign country where internet may not be there, an agency retained by Harvard will reach out to conduct the interview on H’s behalf.

Now the die is cast let the dice roll.

My son that applied REA to Harvard is my first to go through the college application process, so this is all new to us. However, I thought I could share that he was contacted this morning about his alumni interview. He was given the interviewer’s name, instructions on how to contact him to arrange the Zoom, and a link to a “pre-interview” form to fill out. We live in the Chicagoland area. 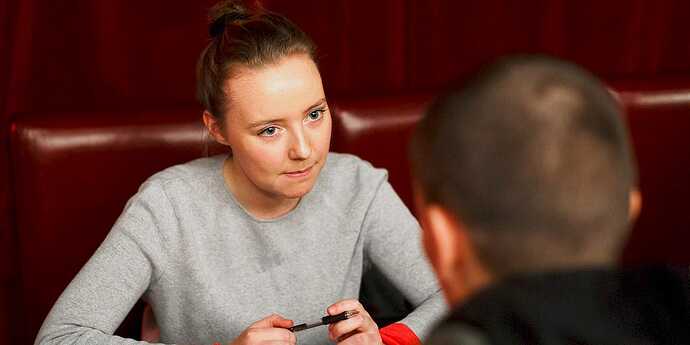 A former Harvard admissions interviewer shares the 5 questions she asked...

Your answers to these questions say a lot about your competitiveness, uniqueness, awareness, and intellectual curiosity.

Your Harvard College Admissions Interview: How to Prepare, What To Expect!

(*Advice from a former Harvard Interviewer! )

A few things my kid said afterwards: he was asked why he wanted to study what he planned to study (since it wasn’t something he’d been deeply involved in during high school). He was asked about a book he’d read lately - and he managed to name a book that related to what he wanted to study, and relate important information in detail from it. He was too modest - he didn’t manage to mention really impressive accomplishments of his, and since the interviewer hadn’t read his application, she didn’t either. In fact, seemed as if no one on the admissions committee noticed those accomplishments - and they were national level achievements.

The interviewer commented on how relaxed he’d seemed during the interview, and how calmly and intelligently he answered questions that she felt would have caught him unawares. Thing was - he wasn’t “unawares”. He’d prepped for that interview, and your son should, too, because it appears that these days, they really weigh the alumni interview heavily.

It said that the interviewer would get the names about two weeks ahead, so based on when you submitted, you could have an idea when you might hear about being interviewed.

DS submitted the app on Oct. 31, was contacted for interview on Nov. 2, and had the interview over Zoom on Nov. 5 by a local alum who had three H degrees, college, JD and MBA. The interview lasted about 75min.

My DD submitted her application on Oct30th but no alumni interview request so far. We live in Washington DC area. Wonder if every applicant gets an interview.

DD had her interview this morning. 70 minutes. I think it depends on the interviewer. This interviewer said she did not get the application so did not have info.

Any idea what it means if Harvard asks for 1st quarter Term grades??

This interviewer said she did not get the application so did not have info.

Interviewers don’t get the application

Sorry, I don’t know. However, it’s reasonable to think that whenever admissions offices request information not required at application submission, it is to shed a bit more light on a question they might have about an applicant.

They didn’t do this for my kid who got in EA last year, but it was our experience that when someone asked for more information (kid’s alum interviewer called back for more info), it’s because they’re looking for a way to make the strongest case to the committee for that applicant. So at least it means that someone is looking more closely at your child’s application, rather than simply putting it aside and moving on to the next application.