I have a S23 (gpa currently 3.3). Their school has them all take ACT in school in March of their junior year. So taking SAT or ACT before then is odd to me as well. I don’t see the benefit in it. My kids HATE standardized testing (and the school does preACTs in other years as well) so asking my kids to do extra tests “just to see where they are at” would be counter productive here!

My S23 (GPA3.3 UW/3.6W) took PSAT in the Fall, SAT in March, and will take one more time in June. We will evaluate when scores come back if he does it one more time.

I’ll be honest…I don’t really relate to all of the talk at the moment on the HS Class of 2024 thread about taking the SAT this fall. ODD isn’t going to be ready in my opinion.

My D24 isn’t planning on taking the SAT/ACT. Mostly because she’s not aiming to apply to any colleges that would require it. Also because at this point I think the plan for her is to attend our very fine local community college for a year or two, then transfer to an in-state public - possibly one she could commute to. She’ll apply to a fairly deep list of colleges just in case her teenage mind changes between Aug’23-May’24, but the feeling right now is she would be more than happy to start her post-HS life without moving out.

I’m very happy to not have to worry about the standardized test hamster wheel for this one. There’s a huge sense of calm and clear-path next steps about this one’s journey.

I feel you. It is a really good strategy for a lot of kids if they (and their parents) can leave their egos at the door. I was having this conversation with my son last evening. If he has a bunch of college level AP credits and hopefully, a few DE courses, then it makes sense to consider at least another semester or two at a CC to get an associate’s degree. If most of those courses are transferable to the 4 year institution then COA/ budget could be doubled and more schools could be targeted. However, I think he is ready to move on.

I think that’s a great approach. A lot of folks on College Confidential tend to look down upon community college, but it’s a really excellent way to reduce one’s total cost of attendance! And at the end of it all, when you have your 4 yr degree, the diploma only lists the 4 yr institution anyway. Out in the job market, nobody cares that you started out at community college.

Report cards came out today. D24’s report card says GPA of 3.33, but I don’t know right now if that’s cumulative or just for this school year (report card didn’t specify). It still puts some out of state schools in the running, though, in terms of possible merit aid scholarships. She’s interested in going to college out of state.

No C’s on this year’s report card, which we are very pleased with. At this time a year ago, she got 3 C’s at the end of 9th grade, which was painful…but a lot of that school year was online instruction. And D24 learned during the pandemic that she doesn’t do well with online instruction.

The senior school counselor explained quite awhile ago that getting a B at this HS is equivalent to earning an A at other local public HS’s. Plus, the school counselor also apparently explains this in the school/guidance counselor letter of rec for the seniors when they’re applying to college. I’m hopeful that will help as well.

D24’s GPA definitely has a marked upward trend this year compared to last school year, so we are pleased with that. We are NOT targeting Top 25/Top 50 schools at all.

Planning on doing campus tours here in AZ this fall…ASU & UofA with probably NAU in the spring. Sometime this school year, we’ll also do a road trip to NM and tour UNM & NMSU, both of which D24 would gain admittance to and with their AZ reciprocal scholarships, it’s ~$11,000/year cheaper than going somewhere in state here in AZ.

Over spring break, we’re still planning on doing a week-long road trip of college tours to:

We can afford in state COA and probably won’t qualify for need-based aid based on my calculations, so we’re hunting for merit scholarships…which has driven this list.

Just checking in here as we are in the final stretch of the year. No comments on the grades but I see an improvement from the fall semester.

We also had our first unofficial, official college visit. He hemmed and hawed about doing a drive by but we were right there. We were a few miles from Endicott College. We visit the beach frequently, have family on Cape Cod and explore NH and Maine and RI all the time, yet we get to Endicott, he saw the ocean and his jaw dropped. The campus was completely empty, yet very pretty. It doesn’t check all his boxes but he asked to go back to tour. The train is about 1 mile down the road to take to Boston if desired….but not for nightclubbing as it’s a commuter trail.

Endicott College was not on my radar—what a location! I bet they have a strong sailing team…

S24 is in the middle of exams/Regents right now. I was stressed about the Spanish one. He failed several regular tests this year despite a lot of studying, and the final was cumulative. (S24 is dyslexic and can spend 20 minutes just trying to memorize the difference between sótano and sobrino, or comida and cocina.) Plus, our Spanish curriculum is very heavy on tricky grammar.

His grade was just posted and it’s a 74!! We are both in shock

. I’m proud of him for never quitting and managing to retain about 3/4 of the information. He’s not going to take any more Spanish in high school because it’s just too hard to worry about failing or having a D on his transcript. But he’s open to study abroad in a Spanish speaking place, or a true conversation class if offered in college. So relieved that he pulled off that 74

Best wishes to any 24’s who are still not finished with sophomore year!

In case anybody is interested, there’s a great podcast out that explains all about CLEP exams for college credit. 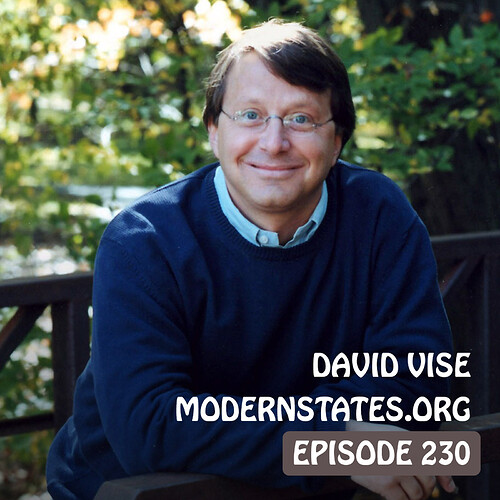 It explains all about CLEP exams. Apparently, with this Modern States online organization, you can take several classes online for free and they include the cost of the CLEP exam, too.

Apparently, CLEP exams are usually about 90 min and almost always ONLY multiple choice, compared to AP exams (which can be up to 4 hr long). The word on the street according to a home schooler mom friend of mine is that CLEP exams are a bit easier to pass than an AP exam.

I’m going to have D24 take some CLEP exams at the end of next school year right around AP exam time.

Endicott does not have a sailing team. I believe UNH and URI may have club sailing, but truth be told it is just too cold during the school year for that, except maybe September.

Congrats to your son for his perseverance!

We are finally done for the year and it looks like S24 made honor roll.

. He is starting to get things and work a little harder. I set up an official tour for Sacred Heart University this summer and we will tour UNH on our own. I hope to pinpoint a few more to schedule for the fall in the upcoming weeks. I can’t believe I officially have a junior in high school.

Here’s the info on the UNH Team.

Growing as students and sailors since 1936.