Penn accepts 15.6% of early decision applicants to the Class of 2026

This year, 7,795 students applied through the University’s Early Decision Program, a 2% decrease from last year’s 7,962 applicants. Penn offered admission to 1,218 students, who will comprise about half of the Class of 2026.

Penn released its early admissions decisions on Dec. 16 at 7 p.m.

More than half of admitted United States citizens and permanent residents identify as students of color. The number increased to 52% compared to 50% last year. Women make up 53% percent of admitted students, down slightly from 54% last year.

Twelve percent of students are international, hailing from 60 different countries, compared to last year’s 56 countries. The number of states with admitted students dropped to 42 this year from last year’s 43. Students from Washington, D.C., Puerto Rico, and American Samoa were also admitted.

Of students admitted to the Class of 2026, 14% percent are first-generation college students, a 2% increase from last year. Penn Admissions did not release the percentage of admitted students who were legacies. 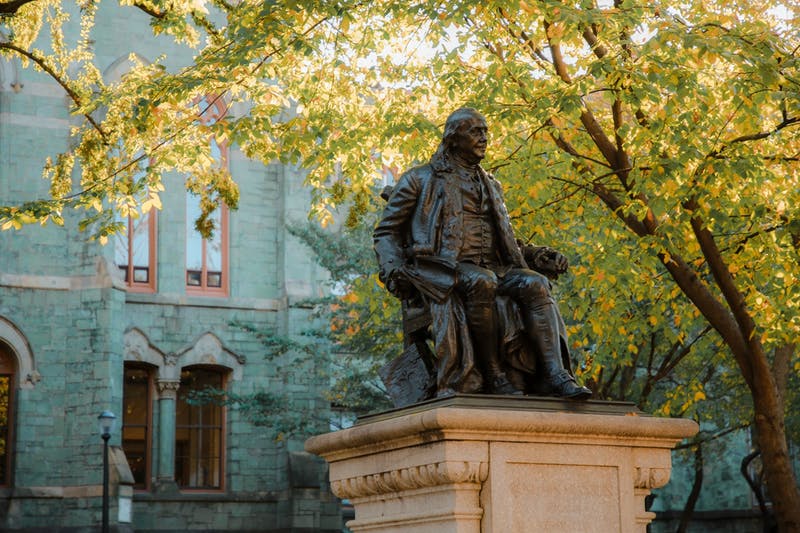 Penn accepts 15.6% of early decision applicants to the Class of 2026

Penn released its early admissions decisions for the Class of 2026 on Dec. 16 at 7 p.m.

The University of Pennsylvania received 7,795 applications under the first-choice Early Decision Program for the entering class of 2026. From this group of highly talented and compelling students from around the globe, 1218 students were offered admission, approximately 51% of the expected enrolling class in the fall of 2022.

Nationally, 42 states, Washington, D.C., Puerto Rico and American Samoa are represented in the class with the highest concentration of admitted students from Pennsylvania (198), New York (141), New Jersey (136), California (130), and Maryland (45). Seventy-one students reside in the city of Philadelphia.

12% of the class are international students based on their citizenship, hailing from 60 countries from Albania to Zambia.