Hi,
My son has taken 2 practice ACT tests. The scores with some prep have stayed the same.
Math 25
English 23
Reading 24
Science 24
He goes to a competitive high school, is in honors pre-cal this year, and maintains mostly A’s. Additionally, throughout middle school has scored in the 90th percentile with math in the 98th percentile on standardized tests. Did the Duke program in 7th grade.
I am at a loss. There is such a big disconnect between the test scores and real life. He is finishing the sections so it is not a time issue.
Any insight?

Need some context, I’m assuming he’s aiming for the top schools? If so, what about SATs? What is course rigor, other stats/testing like?

The scores really need to be at least within the middle 50% ranges (ideally > top quartile) in the absence of any hooks, otherwise there is risk of immediately getting weeded out before anything else is reviewed in the application…

You may want to get your son some private tutoring to pinpoint what issues he may be having with the test (i.e. is it the material, his test strategy, test anxiety or something else). Has he tried a practice SAT? Some kids do much better on one test than another. For what it is worth, a lot of schools are TO now so if he can’t get his scores to where he wants them to be, he can always apply test optional.

Buy “The Black Book” for ACT Prep (there is one for SAT too). It covers strategy, not test content. This helped my dd raise her score considerably.

I’m assuming that he has taken the PSAT in grades 9 and 10? How did he do on those? Some students do better on the SAT than the ACT. Perhaps he should focus on the SAT? In any event, it sounds as if he would benefit from a few sessions with an experienced, competent ACT tutor, for all sections.

BTW, the way to prep for the ACT is to do old released ACTs for practice, and then self-study/self-teach whatever one is getting wrong. Of course, a tutor can help with that.

You say he’s in Honors classes, but not AP classes so am I right in thinking he’s younger? If so he may just not have covered some of the material on the ACT yet.

Context:
He is in 11th grade, did ok on PSAT, about the same on a practice SAT. He is currently taking AP Physics I, AP economics, honors pre-cal and honors English. Freshman year honors core classes with AP World History. Sophomore year AP US History, AP Computer Science honors core.
The rigor of his schedule according to his counselor is “most rigorous.” For the most part he has made A’s with a few B’s mixed in. Nationally his high school is ranked top 30 in math/science so I think his classes are good.
Yes he has met with an ACT tutor.
He wants to do engineering so the math score is particularly low.

He will most likely be taking the PSAT again in October at school. He will see some gains from last time just with another year of math and being a little closer to college they seem to care a little more. The PSAT gives them back info on what sections they did and did not do well on.

There are concordance charts that ACT and College Board have developed. This page explains them and has little tools to convert them and the PSAT. His composite ACT score from the practice tests would be around an 1180-1200 on the SAT. If he does better than that on the PSAT, he should focus on the SAT. 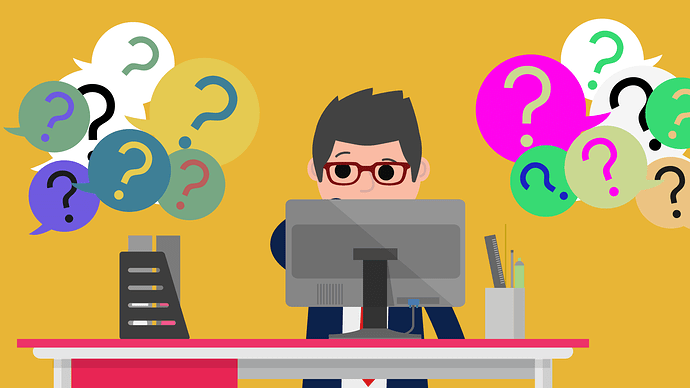 There is also a difference for some kids between the practice and the actual tests. Sign him up for an actual ACT test so he has that benchmark and not just a practice test.

There are also plenty of test optional schools out there and many that will stay that way even after Covid.

Thank you for the insight. I am hoping the actual test is a better score than the practice.

Just looked at his 10th grade psat score 1130 putting him 86th percentile. With the math at the 89th.

That sounds right, he has some time to work on that. With some basic strategies and genuine desire scores go up from that range fairly easily. He should see growth there.

Our school uses the 10th grade PSAT(there is no 9th) and a full ACT as a non-prepped way to see where they are “naturally”, then helps guide parents not only which test to focus on, but also to have the chat about where they will be successful . You have not mentioned schools he is targeting, but in case your school does not give that type of targeted advice, here goes:
-He is naturally an 86-90th %ile kid. If he preps for SAT he should be able to get in the 1250-1350 range: target schools with this range as the middle 50th(25th-75th%ile of matriculated students, prepscholar and others have charts, and each school has the info in common data sets). Even if he happens to get lucky and get a 1400 super score after repeated attempts, schools with 1400 as their 25th%ile will be filled with a majority of students who are well above his abilities and are not likely to be a good fit (without a lot of tutors, etc).

-Avoid Top 20 type schools unless he just loves one and wants to try, but keep him realistic. These schools are filled with predominantly 98-99th%ile kids. T20 applications should really only be enouraged for the kids who start with at least one unprepped (PSAT OR ACT ) score at the 95-99th%ile for 10th graders. I know, people chose to prep and prep and prep and then apply to schools that are way out of their natural abilities, but it just seems to be a set up for struggles when the student matriculates.

-D21 is at Duke and doing very very well(she had an SAT score around the mean, same %ile as her 10th gr PSAT, she is smart but not a super-genius ), but a significant minority of classmates are struggling in multiple courses(not just college-is-a-step-up reality , but actually well below medians)–no idea if they just did not have good HS prep or the TO policies are at play, but it is an intensely academic school meant for kids who can hit the ground running. It is anecdotal, obviously, but it has been eye-opening.

Thank you. I appreciate your insight.
He has an older brother and sister both engineers, and not good test takers. His sister graduated top of her class from a public university and his brother is finishing his engineering at a top 10 school. He is trying to put a list together of engineering schools where he will have a lot of success balanced with opportunities to work in aerospace.
His sister’s school is a top 100 school but because she was at the top of her class was recruited by several of her top choice companies. His brother is middle of the road, and has found the job hunt a lot more challenging. So that said trying to come up with a list that hits the sweet spot.
My husband and I both went to very selective universities back in the day. Neither of us tested particularly well and are pretty sure if we had to apply today would not get in.

There are a lot of colleges (and high schools)feeling those same pains right now. The gaps in learning are combined with a general lack of perseverance/work ethic due to the different ways districts and schools tackled school for 18 months. The test optional variable just added to greater variations in preparation for college level math.

I have some high school students I am trying to motivate now to retake the ACT and they are all like what are you worried about it is test optional again this year.

Last night I spoke with my son about grammar. Most of his high school experience has been in a covid environment. He said the last time he really remembers doing any grammar lessons was in 4th grade. Middle School and High School English classes have been a lot of writing but with spell check, online programs, and the ability to have everything edited, he has lost a lot of skills.
So with 8 months to go before he can take the last ACT test before college apps is there a good workbook (not online) that would help him review/quiz?
Most of high school has been online learning… very little paper/pen and I think this mode of learning is not helping him.

I’m a test prep tutor. I see no issue here. I work with students every day whose grades are nothing like their test scores.

ACT and SAT tests do not reflect ability or intellect. Especially the ACT, which is more a speed test than anything else.

I’ll link my response to a similar post here.

From another thread I posted on:

Here are my thoughts on the most common reasons kids mess up on tests that they expect to do well on.

Being good at math, or English, or just taking tests at school doesn’t mean you’re good at taking the ACT. It’s not like a regular test in school.

His best bet is to prep more. Consider the SAT if time is an issue. Get the Black Book as suggested above. Get a private tutor if you can afford it, because prep classes are much too general and probably cost a lot more than a few sessions with a tutor. A tutor can figure out where he is making mistakes. Practice using real tests which he can get easily, either by purchasing an OFFICIAL a study guide or by searching online. Also, have your son read the Common Sense Tips in the link I posted.

Thanks. It has been eons since I took an English course but I think I need to help him go through the ACT book and explanations. Tutors are fine but are not as good at holding feet to the fire.
For the most part I have stayed out of his high school stuff and assumed since he went to a good school they were taking care of everything. I think had the pandemic not happened a lot of the gaps would have been filled. Fortunately, he is motivated.
Truth be told I do not care where he goes to school I just want to make sure he is not over-his-head once he gets there. His older brother really struggled at his university and he was “really prepared.”

assumed since he went to a good school they were taking care of everything.

High schools teach academic material, not test prep. I would have been incensed if my kids’ high school had taught them test prep instead of something they need to learn. These tests are not teaching kids anything and are artificial markers of not much. If I sound dismissive of them, it’s because I am. Love what I do, but hopefully these tests will soon go the way of the dinosaur and I’ll need another job, lol.