Pre Med Villanova vs OSU vs St Bonaventure vs Dartmouth

We are blessed to be able to choose from these 4 schools for our son for pre med.

I am wondering if the quality of the Villanova and Dartmouth programs are worth it vs having more funds available for medical school?

Any feedback about this topic would be appreciated

Does pre-med at OSU mean he has an acceptance into the Biomedical Science major? Or something else? 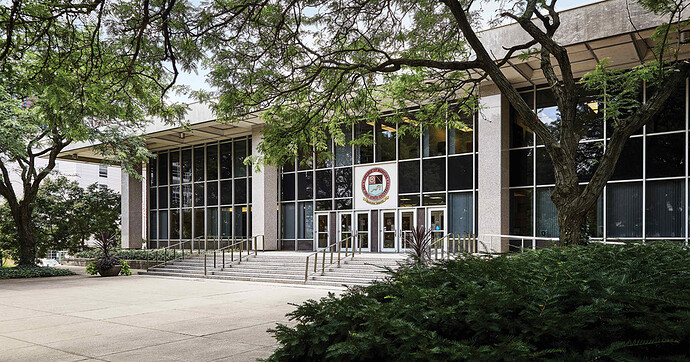 Here is some information from The Ohio State University College of Medicine I wanted to share with you.

How much will you be paying without loans to fund Dartmouth or Villanova?

Are you instate for Ohio State (I’m assuming that’s the OSU you are referencing).

Wasn’t one of these schools ED and as a result where he committed already? Or are we talking rolling admissions and EA?

What is he saying?
(Had you committed to anything before he applied, ie., “if you get into x we’ll make it work”…?)

You can think of it this way: his odds of making it to med school are slim (60% students who make it to the med school application stage don’t get into any med school and before that countless students are weeded out over the first 4 semesters.) Would you feel that your money was wasted if he graduates with a degree from Dartmouth full pay but no med school follows? Or would you regret saving money toward med school at tOSU when he doesn’t get into med school? Or would you think the Dartmouth degree is, on its own, a great outcome? Or that the saved money can be used for a gap year around the world, unpaid internships, a downpayment for a house once he has a stable job and is ready to settle?

Can you afford them all without parental loans?

Did he get into special programs at tOSU?
(Assuming Ohio, not Oklahoma or Oregon, please rectify if need be)

The only Dartmouth decisions that are out are ED, and you are bound to go in that case. Unless your kid applied RD and has received a likely letter?

Do you actually have an acceptance from Dartmouth…or are you hopeful. As noted, only ED decisions have been sent…and if that is what you have, your choice has been made…you are going to Dartmouth.

Was this student accepted ED to any of these schools? I am confused.

the Biomedical Program at Ohio State, requires a separate application process, then an interview invite, then they select 26 freshmen to invite into the program each Fall. So no, it is not the same as premed its a niche program offered for select students.
Pre-med is not a major, it means you are interested in medical school and are likely going to the Pre-med advising office to make sure you take all the necessary classes for the MCAT and med-school.

I know. It’s very selective. Which was why I was wondering what exactly this student was comparing. An admission to Ohio State is very different than selection to that program in particular.

Which is not to say the Biomedical Science major is the only pre-med path at OSU, but it does mean that a high school student has been able to demonstrate to a committee both their commitment to a career in medicine and potential to excel.

Price points for these are very different. Just don’t know if there’s any real value to him for pre med at the higher cost ones unless the pre med advising and support has a proven track record that is differentiated.

Besides wanting to apply to med school later, what else interests your son?

A kid who has a shot at Dartmouth would not be challenged at Florida Southern (which is a good school, but nowhere near Dartmouth or even Villanova academically) or StBonaventure. They’re not in the same universe. Or perhaps he applied to Dartmouth on a whim but his stats would rather indicate he’s a “top student for Florida Southern” or St Bonaventure?

There are two issues
1° he needs to be at a school where he is academically stretched without being overwhelmed. While the college’s name or rank does not directly matter for med school admissions, the content of the courses does play a role. No need to go overboard but the pace&depth of classes will be different. This is 100% individual: (using scores as shorthand) if he’s got a 29-30 ACT, Bonaventure or Florida Southern will be perfect in providing comfortable challenge, if he’s got a 33, not so much.
2° Most premeds never make it to med school. Some are weeded out during their first year courses, some can’t hack organic chemistry, and among those who passed all these hurdles 60% never get into even one med school. As a result, the college needs to be chosen with an eye toward med school (where the student is roughly top 20-25% to rank high in premed classes but not top 5-10% leading to insufficient challenge) but also with an eye toward Plan B: the student graduates from this college and doesn’t get into med school, is his chosen major and his college, in themselves, sufficient to lead him where he wants to go?

Can you indicate what exactly “Biology Scholars” entails?

Can you list his stats and net price at each school he’s been admitted to (as well as what the NPC indicated for Dartmouth - you won’t know till April 6 but we can include it in the evaluation if you wish).

Scholars at OSU is a living learning community under the honors umbrella, but only for incoming freshman. Scholars must join Honors (if they want to) later.