Here are my thoughts, and some of this goes beyond the scope of Asian representation specifically.

All 4 of these points have feedback loops that further continue the trend.

Liberal arts colleges appear to be more common and popular in regions of the country with higher White and lower Asian populations.

You probably mean specifically engineering and computer science for this point.

Is there any factual basis for this statement?

Many students, of all colors, aspire to household name colleges, and so do their parents. Most people have never heard of many colleges at all, and certainly not LACs. Many parents don’t want their children to apply to colleges they have never heard of, including Caucasian and Asian American parents. Students tend to apply to colleges they have heard of, which maybe their friends are also applying to. LACs are predominantly clustered on the East Coast, which doesn’t have as large an Asian American population as the West Coast. (There are, of course, several LACs on the West Coast too.)

As @yikesyikesyikes said, there’s more of a history at LACs among certain groups who have heard of these colleges. Put all these factors together and that’s probably why there are predominantly Caucasian students at LACs. However, you could check out the dashboards at a bunch of LACs, not just the top five or so, and I bet you would discover that over the last ten years, a large number of them have made big strides towards increasing diversity.

Even these figures may under-represent Asian enrollment at LACs, in that they do not include Asian students of international origin and those who have Asian heritage but who describe themselves as multiracial.

Agreed about the top 5. Below that though, there are many schools in the mid-single digits for Asians and 60-70% for Caucasians. Schools that comprise a large part of many rankings and include:

I would want to cross-reference those school stats with geographic diversity. What is the ethnic diversity from the areas the students draw from? My guess is that alone explains the vast majority of the school’s diversity. The more national/international reach a school has, the more balanced the school can craft its diversity numbers.

Is there data on applicants and admits by race or geography? Does IPED or CDS have this somewhere? Obviously, the enrollment data is widely available.

I know you’re saying that there are fewer Asians in those schools, but give me the numbers. If we know which schools we’re talking about and what the actual numbers are, then there can be an intelligent conversation. Otherwise there’s just an assertion of a vague generalization which may or may not be true.

The very first school you listed as an example, Bard, is only 50% white, so it doesn’t fit the 60-70% Caucasian either. I’m not going to look up any more, but so far, none of the 6 schools I checked match your claim.

JBHE tracks acceptance rates for Blacks at “leading” liberal arts colleges, which ranged recently from 35.0% at Harvey Mudd to 10.3% at Hamilton. 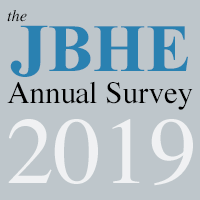 This year, Amherst College once again sits on top of the survey. There are 81 Black students in this year’s entering class. They make up 17.2 percent of the first-year class.

It really depends on the college. Some organize their institutional research better than others. I suggest you look at the institution research tabs at colleges of interest. It can sometimes be hard to unearth the information. Bates College, for example, is pretty transparent. All these data are readily available on the website.

Bates is still majority Caucasian, but this graphic shows a notable increase in BIPOC enrollment since 1999. 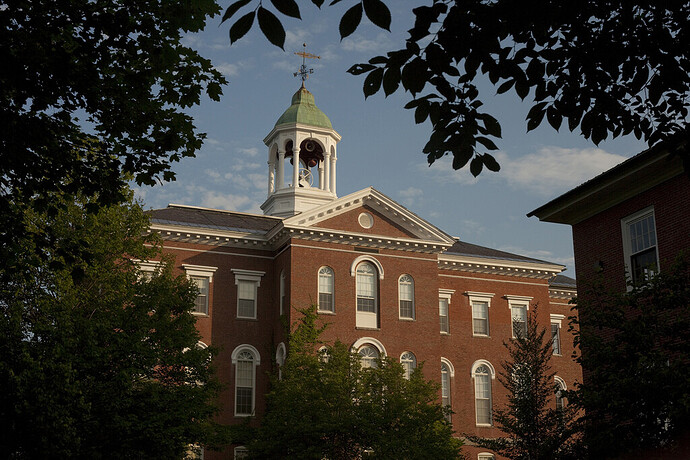 Here is the info for First Gen:

There are also stats for nations, admissions, and faculty. This one shows a notable increase in BIPOC faculty.

How are the remaining 20-30% of students categorized as beyond these 3 ? That leaves a very large number unaccounted for … is it “did not indicate/identify” ?

How are the remaining 20-30% of students categorized as beyond these 3 ?

Besides those who did not answer: Latino*, international*, Native American, Pacific Islander…

Also, if the groups in question include only those students who listed the one group, then there can also be a catchall multiracial group for those who listed more than one group.