S21 Wesleyan vs. Haverford vs. Bates vs. Hamilton

What type of student will you find at each of these colleges? Not one single type. Wesleyan (3200 enrollment) would be the most difficult to categorize since it is substantially larger than the other 3 which range in enrollment between 1300-1900. Since Wesleyan sponsors 24 athletic teams involving almost 800 student athletes, I doubt that your son would have any difficulty finding sporty types on campus. Wesleyan is a terrific school with ready access to the outdoors as well as to arts & music not far away in both Hartford and New Haven.

Totally understand what you mean @Lindagaf by Hamilton being just slightly to the right of Bates. That probably would not be a total dealbreaker for S21, but as a reference point, he did eliminate Davidson and Richmond from his college search because he thought both schools had a more conservative vibe. (He could’ve been wrong about that, btw.) He added Hamilton to his list quite late in the process, without knowing a ton about it, but was attracted to the open curriculum.

@Bill_Marsh, Wesleyan’s size is very attractive to S21. It’s the only school of these four he was able to visit pre-pandemic, and on the day he was there, the campus was bustling and lively. We saw all different types of people, just like you mentioned. Our tour guide was incredibly impressive, too. Of course, that was just a snapshot.

@usernameuser98, thank you for your input!
S21 will be further investigating Bates and Hamilton as well in the next two weeks. Really hoping we can squeeze in a visit.

For the parents visiting Wesleyan it’s good to know that there are dozens of great restaurants on Main Street, Middletown and Broadway caliber theater in an historic 19th century opera house just a 15 minute drive south of campus on the Connecticut River. You can make a great weekend out of a visit to check in with your son at college.

Waitlisted at Brown, Cornell, & Michigan. Some things are worth fighting for.

Otherwise, the only school that I suggest that your son eliminate is Haverford College due to too much turmoil & too little tolerance for opposing points of view.

@Bill_Marsh, thanks for the tips! When S and I were visiting Wes, we were pleasantly surprised by the number of restaurants and shops in Middletown. Parking spots were full for blocks. Wesleyan had an energy S responsed to. Middletown itself seemed to be busy as well. Could’ve just been the day, but it was definitely something S noticed.

Thanks to @Mwfan1921 and @Publisher, I looked into the recent strike at Haverford. I share your concerns. It’s such a strong academic institution, I would hate for its reputation to suffer long term. I empathize with why the protest started. But it’s unfortunate how it played out. Had he been there, my S is a kid who would’ve wanted to continue going to class.

Here are a few CC threads that addressed some of the Haverford situations, with a range of opinions:

I’m sorry for your experience, but I’m struggling to understand the situation. If you’re “scared to even walk around, yet haven’t experienced the worst of it”…what is the worst of it? Are you transferring? Last thought: One thing I’ve never heard is an ED admitted student say (a year later) that they are disappointed with their ED choice. ED is a strategy, and when used successfully fades into the background…almost hidden as not to diminish the accomplishment through the deployment of privilege. Given the timing (current year ED II decision release), there are aspects of your experience that sound more immediate than last year’s strike?

. I’ll take your advice to heart, and only re-post if the administration answers any of us. Otherwise prospects and parents can assume that the stonewalling continues. Conference play started yesterday

Hello! I am a prospective Haverford applicant. I love what Haverford college has to offer academically, but I have some reservations about its culture/admissions. Although they have different programs that aid FGLI students and have diversity outreach, I can’t help but think they’re just accepting people that foot the bill. I want to love this place and all its resources! Also, is the Haverford community truly welcoming and collaborative? I hear there might be an underlying competitiveness there too. I would really appreciate any input from current students/parents of current students. Thanks for your help!

Thank you, @Mwfan1921. Important to read a range of opinions. Will dig in tonight!

Also @Publisher, S21 will try to bring the fire for his waitlisted spots, but I have to say, he is tired. What a soul-crushing year it has been for these kids. Hope to get off the waitlist is elusive. I’m trying to stay positive for him!

Just to add some balance to the Haverford discussion…my current student thinks (all things considered) the school done a pretty good job with the Walter Wallace Jr./BLM/Strike Issues in the fall as well as the covid policies and procedures. Things are turning a corner, and there is a sense of optimism that the final few weeks will be more normal than anything on campus since last March. There are some vaccinations taking place on campus this week, but I don’t know the details (it won’t be for everyone…but many have already started the process on their own).

As for the Tri-Co…our D has taken 4+ classes at both Swat and BMC. The ability to pick really interesting classes not offered at Haverford has been great. Throw in a semester abroad, and roughly a third of her classes were at other schools. That doesn’t change the dynamic of being a small school for activities and much of the socializing…but there is a lot of opportunity for interacting with thousands of non-haverford students over the 4 years.

Based on that thumbnail sketch, I too would suggest Hamilton or Bates. Personally, I prefer Bates.

Legacy of having been two colleges of complementary characteristics and emphases manifests in enhanced academic, social and architectural dimensions and balance. Beautiful, spatially luxuriant campus. Access to nearby suburban amenities. Academically strong across humanities and fine arts, sciences and math and social sciences. Rarefied student profile. A writers’ college, for those who wish to enhance this skill. I know some people who don’t like snow, but I’m not sure I trust them. Surrounding area the safest collegiate location in the nation, with no reported violent crime in a recent year. Charming Clinton (see photo), as well as the authentically rural countryside in its vicinity, may not appeal to your son based on the other schools to which he applied. 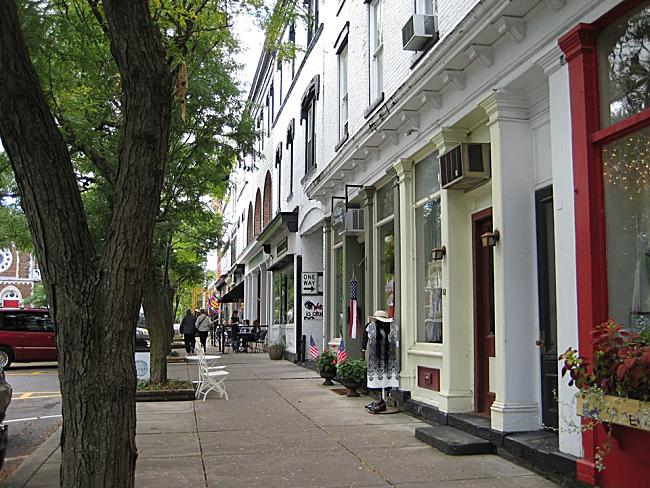 We really liked Hamilton, and I spoke with a current student over the weekend who has really enjoyed his time there, but a few comments about Clinton.

That’s a great photo, but it’s literally showing 40% of the downtown. It’s a nice area, but you can walk the entire downtown in 5 mins (with a cup of coffee in your hand).

We were first directed toward Hamilton by a former head of school for our kids who graduated (from Hamilton) in the mid-70’s. We spoke with him about Kirkland, and his reflections were of a very small school. Kirkland’s impact was more akin to an all male school admitting women than it was the merger of two major institutions (Radcliffe / Harvard it was not). The biggest impact was the capital raising and construction aesthetics that lead to the “dark side” of campus.

Any real shopping is done in Utica, 15 mins away. Clinton is a nice, albeit very small, college town. The climb up the hill and the campus are fantastic…but it is remote.

@EyeVeee, Happy to hear your D say things have turned the corner at Haverford since the strike. And good news re: COVID. S21 crossed many schools off his list based on COVID policies—whether students were invited back to campus, etc. (Georgetown is one example of a school that was quickly eliminated.)

@gardenstategal, Thanks for your vote!

@merc81, What a lovely town! Appreciate your comments and the photo—now I have an even more detailed picture in my head. Hamilton is offering self-guided tours to admitted students, but no admission to buildings, so we aren’t sure if it’s worth the long drive? On top of that, S21 plays two Varsity sports whose seasons were shortened and piggybacked (due to COVID), allowing him zero time to travel. Ugh.

@EyeVeee, Love to hear feedback from happy students! S21 is outdoorsy, but part of me still worries about the long, gray, snowy winters in that corner of New York. S21 never
used weather as a determining factor when looking at schools, though, so maybe I’m worried about something that’s ultimately a non-factor.

Assuming no waitlist movement, then “not quirky at all” = Hamilton College. 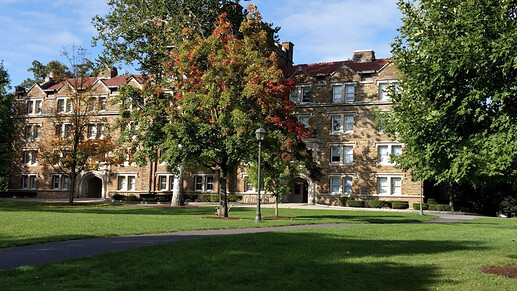 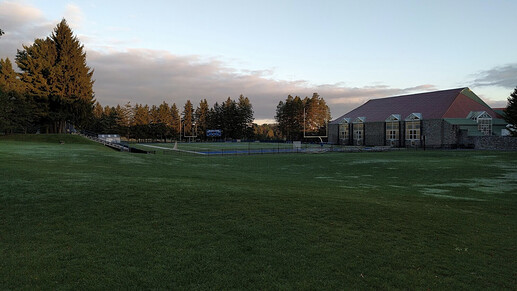 I’m guessing Hamilton and Bates have less “quirky” kids than Wes, but there are definitely sporty kids and some frats. It’s funny, because our D just “toured” (no tour guide) and was thrown off by seeing “jocks” and some frat kids drinking on their balcony! (Which she doesn’t want). My guess is that there are all types at Wes, and it’s so much bigger than the other 2, that you find all types to socialize with. It’s definitely a liberal campus.

My D’s BFF is a first-year at Wes. She’s a “typical” Wes NYC theater type who said to my D, “Every guy I meet is an athlete! I was not expecting that.”

A Vote For Wesleyan -

Seriously, if S21 is awaiting a W/L decision from Brown, the logical next choice would seem to indicate, Wesleyan. The overlap between the two schools is tremendous; they occupy similar southern New England campuses with eclectic architecture and easy access to busy commercial districts (Thayer Street and Main Street); similar weather patterns (one or two heavy snowfalls a year; long Autumn seasons, early Springs). Really, there’s enough variety among both student bodies for a middle-class kid from anywhere in the country to find their peep: 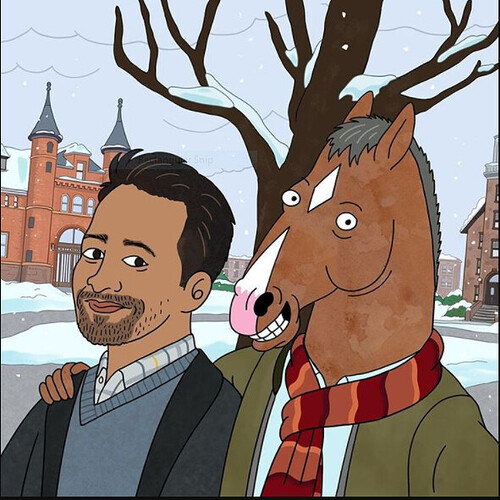 President Roth mentioned Brown in his talk yesterday. Something like, sorry to those of you out there who didn’t get into Brown, but …(My D was rejected from Brown after ED deferral, her only rejection!).