Thanks for letting me know that it’ll be available via Amazon Prime.

There are quite a few documentaries about this event. Netflix has one coming out.

I definitely will watch Ron-directed version of this rescue effort.

I highly recommend the National Geographic documentary The Rescue on Disney plus.

I just watched the movie, Nope. My two teenagers like it but not me.

My two daughters and I saw it last Friday, and one of them and myself really liked it and my other daughter was meh. It’s definitely more subtle than his other films, in terms of what he’s trying to say, and it was more sci fi than horror imo.

We finally watched the “new” Downton Abbey movie. Like the first one, like visiting with old friends. Great stress reliever–forget about the world we live in for a couple of hours!

We watched Summer of Soul last night, which is on Hulu. We had seen it at the Nantucket Film Festival a few years ago and decided to watch it again. This is a documentary on the Harlem Cultural Festival in 1969. The music is amazing—B.B. King, Sly and the Family Stone, Nina Simone, The 5th Dimension, Mahalia Jackson, Staple Family, Stevie Wonder. The film makers did interviews with the folks (who are still alive) who performed or attended the event. A very young Jesse Jackson, Sr. and Al Sharpton appear in the film. What’s interesting is that the footage for the film was discovered after 50 years of sitting in an archive. No film company was interested in doing anything with the footage. Even if you weren’t alive in 1969 and don’t recognize the performers–the music is incredible. (I was alive in 1969–just a teenager.)

We loved Summer of Soul!

What an incredible festival that was!

I just saw Allied with Brad Pitt and Marion Cotillard, and highly recommend it. I have always been a fan of Pitt, and am becoming a fan of Cotillard (she was also great in The Dark Knight Rises).

We watched The Gray Man last night since it was one of the very few movies which interested husband. We both watched to the end and then discussed such topics as who played whom, what the heck was going on in many scenes, what was the purpose in the end, why would Chris Evans want to play such a campy nasty villain, and why The Bourne Identity was better. I can see why so many critics had issues and appreciated them pointing out all the similarities with other action movies. But apparently audiences loved it and we did see it for free.

After the movie, I looked up and explained to husband what the Comic-Con exhibit was about- he had biked by it last weekend.

The book series was not on my radar and the movie does not inspire me to read them (unlike Reacher; that recent mini series spurred me to read and enjoy all 20 plus books).

Oh sure, I know a lot of actors are asking for villain roles lately. But I would think they might prefer something more nuanced. This role was not. I read Chris Evans turned down the lead to play the other part. But he got a ton of money either way.

We watched The Gray Man last weekend. It was an entertaining action film and not too deep which worked for us for the evening. Netflix must have spent a lot making the movie.

Most expensive Netflix movie yet.

The Gray Man is by all accounts the most expensive project ever at Netflix, but its $200 million price tag comes with caveats because of the non-Hollywood way Netflix makes large upfront payments to its top talent, rather than so-called “backend points” that aren’t part of initial production costs. 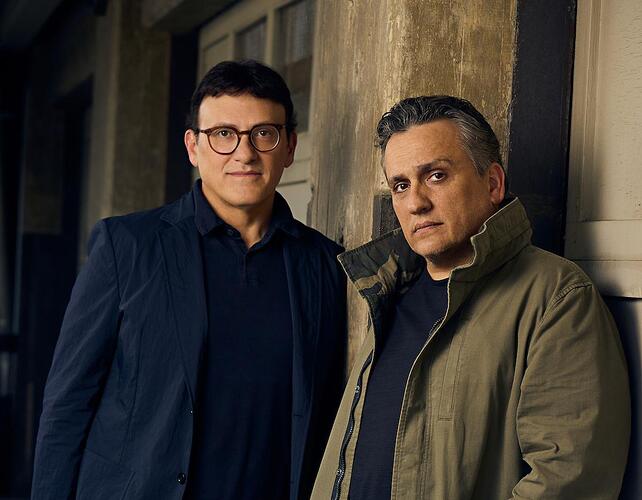 With ‘The Gray Man,’ Avengers Masterminds The Russo Brothers Build A New...

Joe and Anthony Russo made four of the most successful Marvel Avengers movies ever for Disney. Now, their latest giant project, 'The Gray Man,' is about to hit streaming giant Netflix as its most expensive project ever, and a potential blueprint for...

On the subject of Chris Evans, I heartily recommend “Gifted”. He turns in a thoughtful and nuanced performance where he is not a white-hat hero (“Avengers”) or over the top villain (“Knives Out” and “Grey Man”). The story is bittersweet and the rest of the cast are terrific.

We watched Excalibur: Behind the Movie the other night, and I highly recommend it for anyone who loves John Boorman’s Excalibur. I remember watching the movie with future DH when we were in college. It remains one of our favorites. Among others, the movie launched the careers of Liam Neeson, Helen Mirren, and Patrick Stewart. The doc is worth watching just to listen to the cast, but particularly those three (and Nigel Terry), reminisce. Two thumbs up.

Better yet, just watch the movie.

Wanted something light last night so we watched Marry Me on Amazon Prime which was just what we needed for a summer Friday evening.

H and I watched Licorice Pizza last night which is now included for free with Amazon Prime. We both really enjoyed the movie. I grew up in Southern California and I remember the vibe of the 70’s when I was a kid and the movie captured this perfectly.

I loved that movie. I saw it last year at the Nantucket Film Festival. I didn’t grow up in Southern California, but could definitely relate to the vibe!