MODERATOR NOTE:
This thread was split from another thread.

Frankly, this thread alone, especially what the “pros” have written about the process, is a very persuasive argument for dropping the application essay altogether. Many of these essays were not written by the student alone, but were collaborative efforts involving family members, teachers, and paid and unpaid coaches. If we’re going to say that standardized tests aren’t “fair” because some kids can pay for expensive test prep, while others don’t have access to private coaching, then how much more so should we get rid of the essay, which can be ENTIRELY ghost-written by a pro, for a fee?

That being said, what happened at our house was this: Mom read a lot of NYT college admissions essays (there’s an annual column about essays having to do with money) and pointed out to kid how the best of them “showed”, rather than “told” something important about the writer. Kid tried a few ideas, none of which really felt right. Finally Dad (who just happens to be an English prof/teacher) said to kid, “What do you love in life? What makes you happy?” That triggered kid’s writing a pretty good essay about the connection between several things he loves doing, some academic, some not. We got helpful feedback from someone on CC, and from a friend of mine who is a professional editor. Kid got into a tippy-top school, although he has no idea whether the essay had anything to do with it. But most kids don’t have the (free) resources that my kid had access to! Some families buy it, some kids seek it out on their own, and many kids just write an essay and send it in. NOT a level playing field, for sure.

Over 40 years ago, my husband and I (and probably all of our classmates) wrote our own college admissions essays, and never showed them to anyone before we sent off our applications (which got us into top schools).

I think Canada has it right. Send in your grades and your test scores. No essays. No letters of recommendation. Meanwhile, US college admissions officers cannot help but be swayed by essays which may have NOTHING to do with the writing ability or the life experience or personality of the applicant, because the applicant may have had little to nothing to do with actually writing the essay!

My daughter is homeschooled and was unable to sit for the SATs because of covid. The essay was a huge part of her application and most likely weighed heavily in her admission.

I don’t know what the right answer is since there’s no such thing as a level playing field and there will always be people who have advantages and those who take advantage.

There has to be some writing supplement of some kind imo. I know it’s difficult to come up with, but I have known some extremely smart people who are great at their classes and can blaze through homework - but not be great at expressing their ideas. Being able to succinctly summarize something to a potential employer or business partner is, frankly, a necessary skill in the majority of jobs. Maybe a personal essay is not the best method to measure this skill, but it’s better than nothing.

Folks would really hate it if colleges only looked at grades and scores regardless of how much they complain about holistic admissions. Those with money would take the overwhelming majority of seats at top colleges. A certain demographic group would be the majority at every top school. Terrible idea.

Couldn’t the writing sample just be graded work? My daughter recently applied for junior year at Oxford and a part of the application was two graded essays in the subjects that interested her. Seems they were a fair representation of her abilities, offered no extra polish than whatever she normally does, and had the advantage of having a grade/comment attached, which allowed the admissions people to get context on the class/teacher standards.

Easily gamed. And again, those with money who attend schools with strong writing programs (eg prep schools) would have a significant edge.

How is it gamed? Other than full-out cheating by the teacher? If the kid gets significant help on all of their writing… well, they’ll probably continue that in college too, so the school is still seeing what they’re getting. And yes, better prepped kids will have better school output to share, but they basically have better everything starting from pre-school age, and not much is gonna change that. It still seems better to me than the basic Pr essays that are required now.

Both of my kids felt that the essay was their chance to add some personalization to the application. I would hate to see the essay taken out of the admission process.

I can’t even imagine. My kids always take what they get based on what they earn and that is that. I am not nearly cynical enough, and I thought I was plenty cynical. Ha!

In all aspects of life, there is a small minority of people who cheat. Does cheating work for them? Sometimes, but I believe only in the short-term.

I make it a personal rule to never make changes for those cheaters. The essay tells admissions so much about a person. And by the way, in most cases, it also points out who those cheaters might be.

The essay is a critical part of the admissions process, and I would not touch it.

SAT’s have been seen as objective measures in the past, and they aren’t. Evaluation of essays will never be objective either.

However, they do add another dimension to applications. I think admissions officers come to the reading of essays with a certain level of skepticism, since so many are coached, but may be able to tell authenticity when it is present.

There are ways to help students with essays without interfering with their natural 'voice," mainly through conversation, without editing or changing or rewriting by the coach. If only people would just try to be a little more conscious of the ethics here. Not to mention adults who ruin teenagers; essays

That assumes that AOs give preference to those who write the essays which are technically the best.

From what I have heard over the years, this is usually not true. In fact an essay which seems too well written can often be a red flag for AOs, since there is a chance that it has been written by somebody other than the applicant.

It does benefit those who are naturally talented at writing, though.

In any case, in countries like the USA, in which there the quality of the education is highly correlated to income, and income disparity is high, almost every factor by which colleges decide whether to accept students benefits the wealthy.

So even colleges which try and accept students based on factors which are unrelated to income have a difficult time doing so.

The problem is, IMO, that the USA has failed its primary and secondary school students, and it is perhaps too much to ask colleges to solve the problems created in the previous 12 years.

“Should we use X for college admissions?”

“No way, that favors the wealthy.”

What no one mentions is that for most colleges in this country grades and test scores ARE most of what counts for college admission. Holistic admissions is really the purview of elite schools (which educate only a tiny number of college students). These days many colleges struggle to fill seats while an annual feeding frenzy happens at elite schools --where demand far outstrips the supply and most kids have a slim chance of acceptance. Even if you get rid of the essay there will still be too many kids with the necessary grades/scores for these schools to meet the demand.

I realized long ago that elite college admissions in the USA is nothing more than a complex game.

As with most games, raw talent matters a lot. A kid without the baseline raw talent cannot get into a selective school even if they have a talented coaching team.

But as with many games, coaching does matter as well. A child can be extremely bright but never know to “show, don’t tell”. Or that certain topics are so overused that they should generally be avoided. Or how applying in a contrarian manner (STEM kids have an easier time getting admitted to Yale than MIT, whereas Stanford would love more Classics majors) can tip an admission. Or how best to use ED to maximize admissions chances. Or how best to use the 650 words available under Additional Information. You get the point.

This is a game that was explicitly designed to favor those that can afford coaching. Sometimes the coaching comes from the excellent guidance counselors that exist at private schools. Other times it is explicitly paid for.

CC is another option. I joined CC a bit before my oldest entered high school. And from this site, I learned how to become a good coach. The talent was still my kids’ talent; no Varsity Blues scenario here. But I knew how to showcase it well.

Why is it this way? The simple answer is because the people making the decisions want it to be this way. They want the student body to skew wealthy because they can then claim to be need blind, confident that not too many students will need aid. And they want cover to tinker with the student body as they see fit. Holistic admissions does both of these. Why would the colleges change it?

I think admissions should be purely based on the lottery, kidding and yet not. Standardized tests are flawed, essays can be rigged, grades/GPA/rank vary too much from school to school to be of use. What’s left?? Random lottery drawings??

Wow! I wrote all my college essays! To suggest to eliminate because “some” may have help …really would be a great disservice to the majority who are looking to personalize their application. This is what holistic admissions is based upon.

Then we will have to get rid of grades and GPA…the rich have tutors. Where will we draw the line?

I think there should be more essays to weed out the students who throw applications everywhere because its easy.

I think there should be more essays to weed out the students who throw applications everywhere because its easy.

Perhaps sooner than we may realize, a few extra essays may not deter someone from applying to more colleges. Computer-generated writing based on AI is almost here: 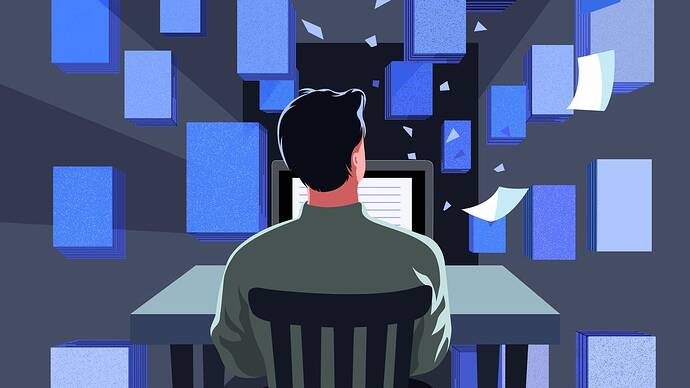 The Computers Are Getting Better at Writing

Whatever field you are in, if it uses language, it is about to be transformed.

Regarding essays, they remain one of the few ways to personalize applications. Colleges realize that coaching goes on and can, I assume, recognize excessive polish. Adults, including teachers and college counselors and parents, need to learn how to be a sounding board without helping inappropriately.

As for the lottery idea. Elite schools are not looking for high grades or test scores. Those are benchmarks to meet. Many kids at elite schools have some sort of interesting achievement and are seen as being able to contribute to the mix on campus. People don’t get that it is not about the individual so much as about assembling a class.