Sick of expensive cable bills. This boomer finally cut the cord. What took me so long?

We dumped Verizon FIOS/cable about a month ago and can’t believe we did not do it sooner.

Internet and home phone is now $50, and our internet speed was increased when we dumped cable.

Dh installed an antenna that gets Wash DC and Baltimore channels for free. Somehow we still have hundreds of channels just using the antenna.

We do subscribe to YouTubeTV also (as well as Netflix/Prime), mainly for sports we can’t get via antenna.

Dh just said to me last night he hasn’t even noticed we no longer have cable, but we actually don’t watch a lot of tv anyway.

Edited to say one reason I hadn’t pursued cutting the cord sooner was b/c I wanted to keep our landline, which we have thru Verizon also (we had TriplePlay for years but did not renew the contract when it was last up so we could cut at any time). I was all set to cancel our phone when we were getting rid of cable, but when I saw how cheap it was to continue having it, I decided just to keep it.

Your post is just like us. Antenna, landline bundled with internet, and some streaming things. Way less costly, and we get everything we need. And no headaches with the cable company. We also don’t watch a ton of TV, but we can watch most anything we want to watch.

@thumper1 we actually bought the digital antenna at least five years ago, but for a variety of reasons could not get it to receive the DC network stations, which we prefer for local news coverage. We could only get the Baltimore channels and I was unwilling to settle for that. So the antenna sat in the box for five years. We finally gave it a try in a different spot and surprised it picked up DC! Dh installed it the following weekend. Amazing how much we were paying just for equipment and the various taxes. And we could have been saving money all these years! (Our bill went down almost $125/month).

Hmm… are your antennas at TV, n attic or outside? Had not thought much about antenna. But perhaps that woudl be a way for hubby to get local news and Bronco games.

Our antenna is in our attic. For us, that brings in all the networks, and a bunch of PBS stations, and at least one home shopping channel. We are able to stream anything else we want to see via Sling (we get that as needed for what we want). We also have Amazon Prime and Netflix. Really, that is plenty of TV for us.

We live in the northeast so inside the attic worked better for us than needing to worry about weather.

Why is Europe able to charge so much less for fiber plus tv plus phone and even sometimes plus mobile phone? I have tv, phone, internet high speed for about 20€ / month. We change after the year or two when is gets higher. My mobile is €20/ month 100Gb unlimited calls and texts and when I travel I still have unlimited calls and texts but only 15Gb.
Is the mafia running the cable/internet system there?

. Isn’t capitalism the answer to the best price?
One bad thing, is that every time a person has a company set up their fiber, the “private” techniciens have a tendency to rip out other cables, so that they and their colleagues have plenty of continuous work. That is pretty frustrating.

OP here. Still love my YouTube TV + Internet combo. Cannot believe the beauty of unlimited DVR. We basically record everything, then watch or don’t watch at our leisure. Cannot recall the last time we were forced to watch a commercial by choice. We do see the occasional advertisement when we use the on-demand content for something we haven’t started recording (but then add it to our recording list). Also love the ease of adding/cancelling add-ons with the flick of a toggle switch. Added Acorn TV for a couple months to finish some shows; then just as easily cancelled. That said, I did find one small downside in that we get HBO Max through YTTV but cannot take advantage of the current 40% discount promotion (pay year upfront) offered directly by HBO. So, with flick of toggle switch I cancelled HBO Max on YTTV and had to go to the HBO website to get the discount directly. Now will have to exit YTTV to switch to HBO Max app but that’s the way we normally did it in the past anyway. Unfortunately, also lose the HBO channels listing in our live YTTV guide.

Love the way YTTV automatically records sport teams I follow. For example, my college alma mater games are played on different days at different times and I don’t need to set any of those recordings as they are automatic because I “follow” the team.

S switched over to YouTube TV this summer and cut cable. Pays for internet.

Is seeing the down side of this arrangement today as his internet went down last night!!! Now at the mercy of ATT to get to him if he’s lucky today, more likely tomorrow.

Of course cable can go down too.

Is seeing the down side of this arrangement today as his internet went down last night!!!

Normally if internet goes down so does the cable signal (at least from all the services I have subscribed to). So instead of seeing the downside I see the upside, where your son could potentially find free internet somewhere and watch his YTTV on a phone, tablet, or laptop. An even better and more realistic scenario is that anything he wanted recorded will still record to YTTV whereas with cable you had no recording to the DVR if the signal was lost.

Several months later, no regrets and wish we’d have done it sooner. I like being able to turn on and off YouTubeTV to pay only when we plan on watching.

We too, after 1 1/2 years, have no regrets switching off cable to YouTubeTV. We just moved from Texas to New Mexico and during this time of renting and living out of boxes in two different houses, our YTTV library has kept us sane. It’s so portable.

We took a trip to the Comcast/Infinity store. I had assume that keeping our old Cable plan til now made sense, but it appears that switching to a newer plan (no contract needed, since not promotion) would reduce our bill from $126/mo to $92. I’d still like to ditch it, but so far husband not on board… will continue to discuss.

For about an extra $30/month, we could have a VoIP landline (cheaper than current CenturyLink $66, which I’ve kept because it works well talking with my 95 year old dad). It would require buying new phones. And continuing to deal with junk calls. So I will ponder just getting rid of that 30 year old familiar number.

Update: We are still deciding what to do about landline (discussed in VoIP thread). But we did decide we are NOT interested the Comcast VoIP option. So we went back to the Comcast/Infinity store to talk about getting the reduced billing for TV cable service (discussed above).

Instead of current $126/month plan, all of the same channels etc are available via current offerings for $102 (or $92 with one year agreement, which we selected since my husband won’t be ready to cut the cord for a while). At final checkout, rep said it will be $82 because we do online billing and autopay. Also they gave us a newer “box” with lots of fancy features such as voice activation and DVR.

I was not a fan of continuing cable TV, but at least now we will be paying $45/month less and will perhaps get improved function and usability (assuming the setup goes well; hubby is working on that now).

Are there any other services that provide virtual DVR besides YTTV? We don’t need the sports channels, but would love portable DVR services for our other shows that include commercials, or restrict timing. I really wanted to watch the latest Ken Burns documentary, but it was too long at one sitting, and too late on our local PBS channels (delayed to start at 11pm due to the Queen’s ceremonies).

$65/mo. seems steep for just the DVR perk. But a machine doesn’t allow the portability.

This whole discussion has intrigued me. I would like to make the switch, but I came across this article.

By no means am I vouching for it! For those that have switched to YouTube Premium, do you have any thoughts? 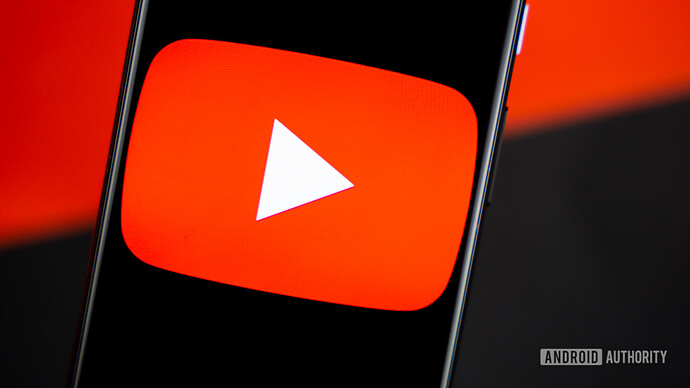 Do you think YouTube Premium subscription pop-ups and the platform's burgeoning number of ads are in bad taste? You're not alone.

I really wanted to watch the latest Ken Burns documentary, but it was too long at one sitting, and too late on our local PBS channels (delayed to start at 11pm due to the Queen’s ceremonies).

If you donate to your local public broadcasting, you likely have access to the pbs app which definitely includes the holocaust doc. I don’t remember the exact process I went through to set it up but it wasn’t too complicated. There might have been a wait period while they verified our status.

Many PBS series, including the Kens Burns documentary, are available on your computer at PBS.org without a donation.

For those that have switched to YouTube Premium, do you have any thoughts?

I believe this is referring to the classic YouTube website, not YTTV. I haven’t encountered any hard sells from YTTV.

Again, for those apprehensive about the switch, there is a zero cost trial period to test the product. Give it a try and decide yourselves.

Are there any other services that provide virtual DVR besides YTTV? We don’t need the sports channels, but would love portable DVR services for our other shows that include commercials, or restrict timing. I really wanted to watch the latest Ken Burns documentary, but it was too long at one sitting, and too late on our local PBS channels (delayed to start at 11pm due to the Queen’s ceremonies).

In addition to virtual DVR, there are many options for a physical DVR. Prices start at a one time fee of ~$20 (USB stick for storage not included). This gets a low quality DVR that can do the basics like program future recording or pause live TV, but can’t do much else… As you increase in initial cost and add a $0 to $10/month fee, there are much higher quality options with many features beyond the basics such as a hard drive with hundreds of hours of storage, several tuners to record multiple shows at once, wirelessly pass from antenna to all TVs + smart devices in home, autoskip commercials, pause on one TV and continue on other, etc.