Sorry: Another Am I Hispanic (Puerto Rican)?

I read the main thread, Federal standards, wording of the Common App (“Are you Hispanic/LatinX including Spain?… Regardless of your answer to the previous question, please indicate how you identify yourself…”). I know Puerto Rico is in every definition of Hispanic. I am posting because a family friend genuinely very knowledgeable about the college admissions process recently told my parents that I wasn’t Hispanic and was hoping for clarification.

I was born in Puerto Rico. I attended grade school in PR, middle school in NY, and now am completing High School here on the island this year. Identity isn’t an easy question for me since my mom was born in Korea and my dad in California but both moved here before I was born. Both are very educated. I speak English, Korean, and Spanish at home. I speak English and Spanish with my friends, about half of whoms parents were born in Puerto Rico and the other half moved here later (like my parents) for business etc. My name is Spanish and I’m obviously fluent in Spanish. Outside the context of college admissions, I would tell someone that I’m from Puerto Rico but am also used to people being surprised by this.

My impression was that I was Hispanic and I would further identify as white and Asian but could anyone here please let me know your thoughts. Very confused about this.

Also if the answer is “technically yes but…” would I really be seen as “really” Hispanic by an adcom (I’m applying mostly to selective colleges if it matters) or would they (like the family friend) think I was being insincere? Would the benefit outweigh the risk (if any?)?

Thank you very much.

There is no risk. It is a self identification. You might be ethnically Hispanic (identify with the culture) but racially Korean/white.

Look at it this way. If you had two Korean-born parents who moved to America and you were born, you would be American, but your race would be Asian. Same thing in your situation. You were born in PR, but your race derives from your parents (Asian + White) not your place of birth.

To claim otherwise would be to be disingenuous and be a blatant attempt to game the system.

Your hispanic. Ethnicity and race are two different things.

@EconPop i disagree wholeheartedly. This student only went to school for middle school on the mainland. The rest of his life has been on the island. He was born there, he went to elementary and is currently going to HS there. Hispanic people come in all different shades.

In your example, the person would be American, and racially *korean. (Edited to fix my mistake)
The OP is hispanic and racially white and korean.(and American)

The common app doesn’t ask if you “identify” as Hispanic or Latino. It’s a yes or no. The next question asks how you identify yourself.

You were born and raised in PR and assumed you were Hispanic, so yes, you qualify.

Clearly not exhaustive, but somewhat illuminating. Basically you’re Hispanic if you say you are.

I’d say @EconPop and @MamaBear2001 are right: race is asian and white but identify as Hispanic.

Also completing that section on the common app is optional. 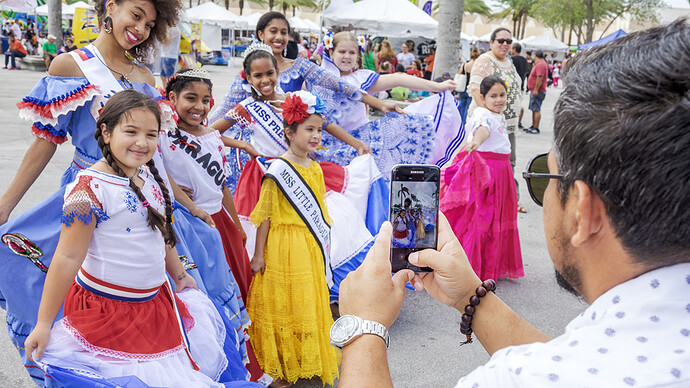 The 2020 census has drawn attention to some layers of Hispanic identity, providing details about how Hispanics view their racial identity. 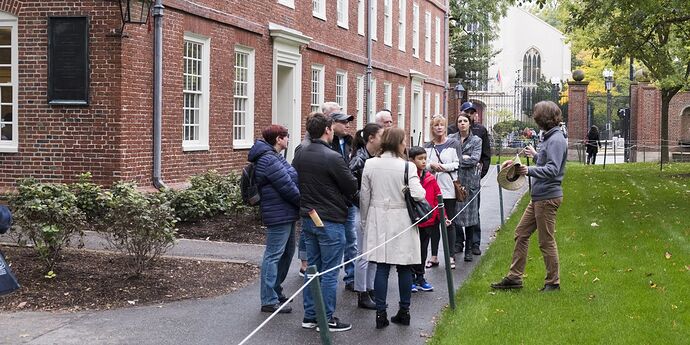 The Most Agonizing Question on a College Application: What’s Your Race?

As elite colleges and universities seek to be more diverse, there is one section on the Common Application that has become increasingly loaded, the boxes where prospective students are asked about their identity. 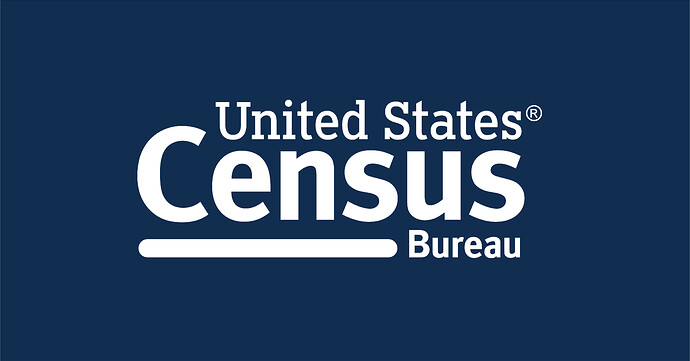 About the Hispanic Population and it's Origin

This is what happens when we try to put people in boxes. You have a very interesting background as do many people living in the US. I don’t think it’ll matter whether you identify as Hispanic or not. My parents are from opposite ends of Europe and I was born in a different European country and grew up in a combo of all three. Ethnically I’m mixed but there is only one box for me: white. Easy peasy! Good luck with your applications.

The comments so far while much appreciated are mixed.

I sort of see both sides:

OMB defines “Hispanic or Latino” as a person of Cuban, Mexican, Puerto Rican, South or Central American, or other Spanish culture or origin regardless of race. Most other Federal programs including reporting of data by colleges to the DOE Office of Civil Rights follow a similar format with explicit mention of “Puerto Rican” and “culture and origin.” As others have mentioned, and which the Common App clearly distinguishes, Hispanic is a cultural-linguistic group separate from race and just like with the Census we have to check first whether Hispanic (including Spain) then ethnicity. Hispanics in the US broadly mostly secondarily identify as white followed by indigenous.

I have no closer connection to anywhere but Puerto Rico and involved in a lot of local groups, have mostly PR friends, went to and go to local schools, eat Mofongos, took the Spanish PAA or Prueba de Aptitud Académica (we have our own version of the SATs in Spanish I took before the regular SATs), and aside from this mini identity crisis I’d say I am Boriqua. I would be inclined to say I’m Hispanic on the App because I am.

I think the counter argument is that my experience isn’t typical of someone from Puerto Rico. The friend I referenced before made a more nuanced argument that “ethnicity isn’t so fungible” but this misses the distinction between Hispanic and Ethnicity.

I’m really not trying to game the system. I definitely don’t live in poverty but don’t have power at least once a week and don’t have as much information as peers on the Mainland.

I suppose since it’s how I self-identify, two questions: (1) based on the facts and circumstances would it at least be seen as reasonable for me to select Hispanic since I am? (2) How much of an advantage is this at top colleges or if not very important should I not even bother and just say no? Obviously essays will also reflect my unique experiences.

From Department of Education:

Hispanic or Latino
A person of Cuban, Mexican, Puerto Rican, South or Central American, or other Spanish culture or origin, regardless of race

Just to summarize I was born in Puerto Rico. This seems like the definition of origin to me (most people here think of PR as a nation regardless of their views on US hegemony). I suppose you could also look at where my parents were born, and their parents’ parents until we’re back in the Garden of Eden but I’m satisfied.

How did you do at the PSAT? May I assume that you identified as Hispanic when you took it?

I like the way you phrased it. Will process it. Thank you.

I suppose I was looking at (2) more from risk-aversion. If only marginal benefit and controversial then maybe better not to just say no? But I honestly have no sense of how much this even helps.

Both parents are (different) Ivy undergrad alums. Let’s say Penn (it’s not). All else being equal would Penn give my application more consideration simply if I check Hispanic? Genuinely unclear on this.

@NJEngineerDad Sorry I meant the PAA or Prueba de Aptitud Académica. It’s a PR thing offered by the College Board and necessary for entrance to schools here.

Is your unweighted GPA above 3.5?

Did you get some form of recognition from the College Board such as College Board national Recognition Program (CBNRP). I know that students in Puerto Rico could get recognition in the past but I am unclear if it is still the case.

Yes my academics are reasonably strong. I received the letter of honors from the CB National Recognition Program last year. I didn’t think much of it. Is this important?

On the US mainland getting CBNRP recognition (previously known as NHRP recognition) gets you on a list that the College Board sells to universities who target high achievement Hispanics.

What do you want to study? What is your EFC? What is your budget? Are you open to apply to top-60 schools rather than top-20 schools?

How much of an advantage is this at top colleges or if not very important should I not even bother and just say no?

Everyone is claiming to be Hispanic now because they think it will give them an edge in URM admissions. The admissions officers know this and can usually figure out who the URM students are based upon zip code, school address, and counselor recommendations.

My children all received “Hispanic” awards in everything.
Our family tree derived from Spain and MesoAmerica.

Did it make a difference in their admissions?
I really don’t think it did. Although our children have participated in cultural activities since birth, none of those activities were mentioned in their applications. They mentioned their sports, volunteering, scout activities, etc. Their GPA’s and SAT scores were exceptional, so I suspect that had a little to do with their admissions. Were they National Merit Finalists, yes.

Did they win any monies, scholarships, or grants based on their culture/origin?
No.
Our middle daughter filled out the HSF forms but preference for scholarships went to need-based applicants and first gen kids. That’s what several of her letters indicated.

Are their names Hispanic/Native American? Yes.

Were they National Merit Finalists, yes.

If you are identifying as Hispanic because you want to be placed within the various cultural living communities (which some colleges do have), and hope to join clubs based on the culture, then go for it.

If you want to identify as Hispanic, to get an “edge” in admissions for URM status, know that you will be competing with a lot of students.