For those student athletes, or parents of athletes, did your kids go to Denison with the intention of playing sports? I know DIII schools cannot give athletic scholarships, but they still recruit athletes. My son played two varsity sports in HS but was not a recruitable athlete. What kind of opportunities are there for potential walk-on’s at Denison? One of his sports was track, which I would think might have more walk on opportunities. What about club sports -are they active and popular for those who may not want to fully commit to the demands of a college athletic team?

calling @tkoparent whose son is a T&F athlete!

Generally, if an admitted student did not go through recruiting, they should email the coach in their sport and inquire about possibility of walking-on. Some teams may have room, others not.

Club hockey is pretty serious at Denison, rugby and ultimate frisbee both travel to compete, seem to have a lot of fun.

There’s also IM (intramural) sports – rec league competition open to all students, kids put together teams and compete against other Denison teams for about 8 -10 week seasons – there are both co-ed and single sex leagues/teams. There are limits to how many Varsity athletes can compete on a single IM team in their own sport.

My son went to Denison with the intention of running track. He did not try to get recruited but the track team has become a central part of his experience at the school (he is a junior now). We visited Denison only after he was accepted, but before visiting, he reached out to the coach, who kindly spent a lot of time with him, showing him around the Mitchell Center and introducing him to a couple of team members. He also watched the practice that day and was made to feel very welcome.

I don’t know much about club or intermural sports, although I know a couple of my son’s friends do participate. You’ve probably already seen this info, but in case it is helpful, I’ve included links to the club and intermural pages below.

In general, sports and athletics are very important at Denison, although not so much in a “rah rah” sense. There are plenty of students who don’t participate, but a large number do at one level or another. The facilities, coaching and support are terrific. There is an emphasis on the idea of a student athlete and development through sport. My son has been able to keep up with a very full courseload as well as the demands of the track team and a part-time campus job. I really can’t imagine a better place for a sporty kid.

Hmmmm, this makes me a tad nervous. Can a non-sporty kid (guy) find their people at Denison?

I wouldn’t classify a group playing broomball or some of the scooter games as ‘sporty.’ My daughter plays club hockey at her school and some of the players couldn’t even skate (and IMO were kind of dangerous to have on the ice) and no one would call them sporty. They were just having fun, trying something new. Schools can have classes to try line dancing or bowling or hiking but one doesn’t have to be particularly athletic.

College is a place to try new things. I don’t think that a 16 year old who has never been in organized sports has to stick to that for the rest of his/her life. Maybe he really would like to be on a kickball team or try an obstacle course to raise money for charity. I think many a college sophomore decides that she really does like drinking wine or attending a party when her parents were on CC saying the student wanted a school without Greek life or parties or sports. Things change. Kids change.

Absolutely, yes, non-sporty guys find their people at Denison. My athlete kid’s inner circle of friends was composed of a bunch of teammates plus a bunch of other guys who did not play any sports but were in acapella, student leadership, service etc. They had become friends through classes, dorms etc. and stayed close through 4 years. Arts are also big on campus, and my kid went to student dance, theatre, music performances to support his friends. Plus, visiting artists, especially in music, are amazing.

Edited to add – what is most distinctive about Denison’s campus culture is that students are involved “across” types so athletics, arts etc. is just one part of a student’s life on campus. My kid’s circle included kids living at the Homestead (the organic farm/living community), hip-hop dancers/choreographers, and social justice activists.

Looks like there’s plenty of interests from arts and music to politics to photography to yo-yos. 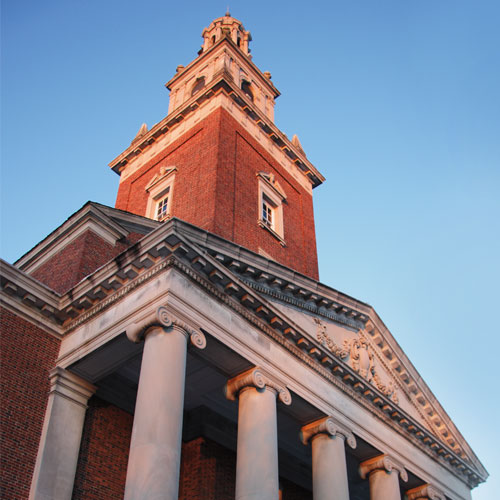 Sorry, I certainly didn’t mean to create that impression! There are all kinds of kids at Denison. I was just responding to the OP, whose son plays two sports.