can anyone comment about the area around Saint Louis University? Is it safe?

It’s all relative. There’s more violent crime there than there is around WashU. The very broad view is that the safest area is West of Skinker and South of Olive. SLU is sort of in no man’s land, East of the park, but West of downtown proper. You know there isn’t much to do there when the #1 cool thing thing to do on SLU’s own website is go to IKEA.

It’s been a neat trip. This is our last night.

All the food, just about, was great.

The Arch and Bud Experience were ok, but having done them, I probably wouldn’t do them again.

There were other cool things, but here were some… non-awesome things we encountered.

It’s been a fun trip overall. Some of the traffic lights are maddeningly long, and driving over train tracks most of the way on westbound Delmar was odd. But – every city has its idiosyncrasies. Ahhhh, and the scooters are another of St. Louis’s. I can’t leave them out!

First time seeing one on a sidewalk: “Huh… looks like they’re pretty trusting.”

After a while, we got it.

I knew that you would like Ted Drewes! All of the places you went are great!! Glad that you had a good time!

I’ve found several secrets to gioia’s success for my palette. It has to be hot, have Italian dressing and peppers, and most importantly…bacon! 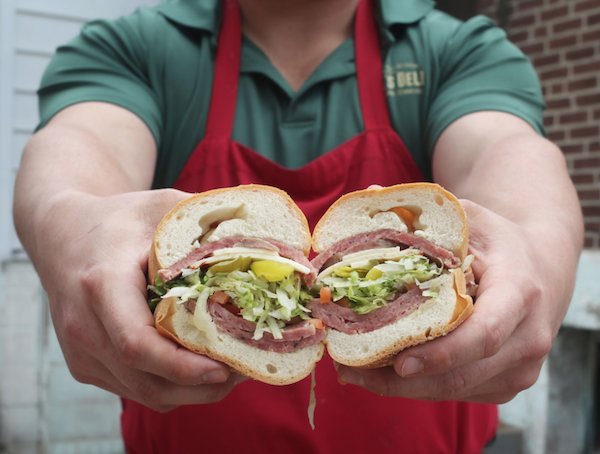 The 99-year-old deli on The Hill is the first St. Louis area restaurant to be so honored.