Do they still exist? What’s going on?

I assume that I am missing something in your question, because a very quick Google search came up with the following as a first hit: 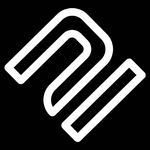 In full transparency, we don’t know what the future of our organization looks like which is why we chose the word “suspend” in lieu of “postpone” or “cancel”. We have no idea when and if shows will resume in our normal capacity. We don’t know what a ‘normal’ season could even look like.

I also assume this is pandemic-driven; but I can’t see a future at Wesleyan without student-run theater. It’s in their fundamental DNA.

…and, there is this story in the last Argus about an intrepid pair of writer/directors who worked to polish and finally mount an original production from ideas begun during a class they took pre-Covid:
The Wesleyan Argus | “Party at the Edge of the World” Brings Immersive Theater to the College of the Environment

Isn’t Second Stage the most established Wesleyan student theater group? Reading the Second Stage social media posts, it seems that a problem separate from the pandemic may have caused Second Stage to close (or “suspend”) itself for a year and a half. There’s a reference to Second Stage’s very existence harming “BIPOC” (Black Indigenous People of Color). Is there now a separate theater group for BIPOC students? Are BIPOC students still participating in Second Stage? Apart from senior projects, is any student run theater still happening at Wesleyan?

If the question is about Second Stage specifically, then yes. I think it is primarily a pandemic induced hiatus. Unlike the senior theses and other ad hoc student presentations, Second Stage depends heavily on copyrighted material and ordinarily that means presenting a budget to the WSA, contracting with playwrights or their estates, and doing all of that well in advance of the academic year. They just aren’t that agile when it comes to planning a season with the possibility of a shutdown hanging over them.

BlPOC students were slotted for a production in the Spring 2020 season before it was cancelled and it’s hard to imagine a future that wouldn’t involve some level of inclusion and cooperation with underrepresented groups on campus. However, nobody rests on their laurels at Wesleyan, least of all the arts community, and I suspect every student group has to renew their bona fides every year. I think that’s what you are reading on the social media pages.