How the Pandemic Is Imperiling a Working-Class College

The coronavirus has hurt Indiana University of Pennsylvania, but its financial problems were planted years ago.

The story focuses on Indiana University of Pennsylvania, but it applies to the whole system (and other schools like it nationwide).
Summarized in these paragraphs:

The pandemic is only the latest assault after more than a decade of financial hits on these schools.

Resources got gobbled a decade ago when millions were spent on fancy amenities, like new dorms and conference halls; then enrollment abruptly fell nationwide as demographics shifted, cutting income. But the chief blow came as states slashed support for higher education.

After years of Republican-led pressure to reduce state spending, Pennsylvania gives nearly 34 percent less support per pupil now than it did in 2008, forcing students to pay a growing amount of tuition. This has further discouraged enrollment, causing a downward financial spiral, experts say. Now the pandemic has jolted the system.

None of this surprises me at all. There are a lot of good private schools around and many will come down to the (high) cost state schools require of students for the leaders of the class (Top 10 - 25%). For two of mine (high stat), private schools were less expensive. For the third who wanted a very specific major, they didn’t offer it.

Bloomsburg (esp for nursing), Millersville, West Chester, and due to location, Shippensburg are still popular, but the others really aren’t.

West Chester was our safety, and D19 really liked it. But OOS public merit aid meant it was cheaper to leave the state.

When I first started researching, I was incensed by the costs of public colleges in this state. After a decade of railing about the poor-quality local public elementary/high school, I shouldn’t have been surprised that the state legislature had done the same to higher ed, but I still was.

The Boston Globe covered similar concerns in Vermont, including those facing private colleges, in this article: 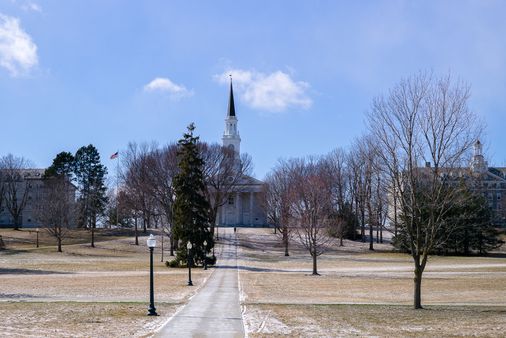 Higher education is the third-largest industry in Vermont, yet the state faces a particularly acute version of the challenges that threaten the industry nationwide: decreasing enrollment.

The NPC for Indiana University of Pennsylvania suggests a net price for a student from a low income (< $30k) family (two parents, one student) as:

$6,447 commuter living with parents (but does not include any estimate for live-at-home costs like additional food and utilities consumed by the student at home)
$16,846 on-campus

Question: how much of Pennsylvania’s population does not live within reasonable commuting distance of a PASSHE school?

Of course, there are other issues with the Pennsylvania higher education system, such as the limited availability of some majors (e.g. engineering majors) at the PASSHE schools, so that puts more students out of commuting range of a relatively affordable school with their intended major.

The young woman in the article has $65k of loans (so someone in her family is co signing) and is planning to enter journalism, a notoriously low paid profession, which relies heavily on networking and un(der)paid internships. She lives in a remote area with poor internet let alone opportunities. Climbing out of the poverty she grew up in will be tough even with her bachelors degree.

A problem for PASSHE schools is that with the exception of West Chester and Millersville they are located in the middle of nowhere. Very few students can commute to them. Pennsylvania cities are served by Penn State branches, Pitt and Temple. There the tuition cost is very high for a commuter.

It takes an hour to commute to the closest one to the school where I work. One way, and assuming all travel works well - no slow tractors or icy roads, etc.

Some students do it, but one would need to add travel costs and can hardly run home for lunch or dinner (if staying late to study).

Collegemambo- I was struck by the same thing.

“Back in the day” a kid could major in journalism, do an internship or two at the college radio station, get some clips under his or her belt and “sally forth”. Never an easy path- but doable.

The last few kids I know who got themselves launched in journalism had degrees in history, political science, or economics, from elite universities with huge paper trails (digital of course) from first their college newspapers, then local and national blogs, a feature article or two in a national magazine, and several prestigious fellowships (one has already published a book about political corruption, a beat she covered in her college city). None of them studied journalism and frankly, even the most successful one of them benefited from a semester’s leave to volunteer for a political campaign which bolstered the Rolodex and the ability to get phone calls returned.

I fear for the low income kids banking on degrees in journalism and communications to get them where they think they are going. And the loans- ugh.

Nice kid in my neighborhood- degree in Mass Media from a non-flagship state college- waiting for Covid to end because he’s heading to Asia to teach English for two years. Just signed the contract. He pretty much did a fulltime job search for two years and after a string of unpaid internships concluded that journalism was not going to happen for him. Contracting industry- and the jobs aren’t where you think they are…

The PASSHE schools have been in increasing trouble for years. There’s a thread here somewhere that has tracked it over time. The state has already approved a “system redesign” and the “University Integration” of several schools - wishy-washy words for mergers. Expect mergers and closing to continue. They simply have too many competitive challenges, noted in other responses.

We are OOS, but D is considering Kutztown because of the price. It’s the cheapest (other than St. Leo in Florida), and she’s a kid that doesn’t have a career path in mind so no need to spend lots of money to come out with a communication degree. I feel like the campus isn’t as depressing as Delaware Valley (not PASSHE but an option for her…wish she had looked at West Chester too), but truly in the middle of nowhere. Would you pay $6-$10K more to get a degree from the NJ in-state choices TCNJ or Rutgers? Again, she has no idea what she wants to do as a career.

I would absolutely pay 6-10k more if Ihad them for excellent schools such as TCNJ or Rutgers. Kutztown would be more along the lines of Ramapo or Stockton: not bad, but definitely not the same level.
I would definitely pick Kutztown over st Leo though.
She still has time to apply to Temple, BTW. Lycoming is in a small town. Manhattan college is worth a look too. All 3 roughly equal to West Chester - where she should apply BTW, better located and stronger academically than Kutztown.
However, if she has a 2.8-3.0 GPA with lots of regular classes and you worry she may not be to handle how huge and impersonal Rutgers is, or how demanding TCNJ can be, Kutztown would offer something more appropriate academically.

Thanks for that! Speaking of (non-PASSHE) PA colleges, she did get into Penn State UP and St. Joseph’s in Philly. PSU is out because of the $$$, but St. Joseph’s showed up with some money. She did very well with her applications because she’s a good student (3.86uw) with excellent ECs, but I just don’t think she’s ready for the big leagues! She will thrive at a Kutztown-type school. She also got into Millersville, but I will look into West Chester right now. NJ schools like Ramapo and Montclair just don’t give money to in-state kids so that’s why we are looking along the other side of the Delaware River!

Mine current college sophomore got great money at WCU plus they gave a 22% discount on tuition because sod covid. It’s much cheaper then in state in NJ

WCU is a good college, much better than Kutztown outside of Kutztown’s specialty areas such as Art and Education (all PASSHE schools could be if their budgets hadn’t been cut so much and if past leadership hadn’t made bad choices they are still paying for. ) They seem to have upped their game in terms of scholarships, which in my opinion is a good move to compete with the colleges in Eastern PA.
St Joe’s in Philly, if they offered significant merit scholarships, that would be a good alternative for a student who wants to attend a strong college in a big city. St Joe’s has an excellent reputation among local businesses so that it’d be relatively easy (post-covid) to find internship for a pre-professional student.

West Chester only offered my son 2000.00 a year. Not a good offer compared to his other offers. My oldest received 5000.00 a year from Bloomsburg with much lower stats. State schools in PA are not great with scholarships.,

Public universities in PA, in general, aren’t good with either need-based or merit aid.

Yes so my College sophomore got decent money, waiting to hear about $ from them from my current senior who has much higher stats. She will not go there (ya know, cause her sister goes there lol) But it is a good school, beautiful beautiful “trendy” town.
SJU gave my current senior 28k originally and when we got the officially aware letter then gave her an additional 11k. So SJU is oddly coming in very affordable.

Were you in-state for West Chester?